The Ulster Bank Construction Purchasing Managers’ Index® (PMI®) – a seasonally adjusted index designed to track changes in total construction activity – remained well above the 50.0 no-change mark in June, posting 65.0 following a reading of 66.4 in May. 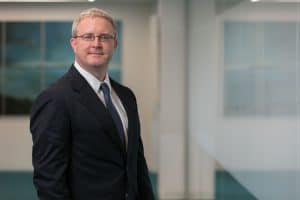 Activity increased for the second month running following the full reopening of the sector and at one of the strongest rates since the survey began 21 years ago. Index readings above 50 signal an increase in activity on the previous month and readings below 50 signal a decrease.

Commenting on the survey, Simon Barry, Chief Economist Republic of Ireland at Ulster Bank, noted that: “Building on the post-lockdown bounce recorded in May, the June results of the Ulster Bank Construction PMI signal that Irish construction activity experienced another month of very rapid growth last month.  Activity expanded at an exceptionally strong pace again in June as the headline PMI was at one of the highest levels in the survey’s history for the second consecutive month, albeit down marginally from May.  Strong growth was recorded across all three sub sectors, though residential activity continues to experience particularly rapid growth, if a little less exceptionally rapid than the record snap-back pace signalled by the May results.

“Strong momentum was also evident in new business flows, with the New Orders index posting another extremely high reading not far from May’s survey record high, while the robust pick-up in orders and activity is also underpinning further increases in staffing levels across the industry.  Employment rose for the third month running as respondents linked strong job gains to improving customer demand.  While the signals of ongoing strength in activity are certainly encouraging, the rate of input cost inflation accelerated to a second consecutive record high as the June survey results highlight that the sector continues to face important supply-chain and cost challenges related to Brexit, covid and global supply and shipping problems.”

The ramping up of activity across the sector was reflected in strong growth in each of the three categories covered by the survey. Housing continued to lead the expansion, while rates of growth in commercial and civil engineering activity accelerated marginally.

New orders increased substantially again in June, rising for the third month running. Although easing from May’s survey record, the rate of growth was among the strongest in the survey’s history.

The ramping up of customer demand and construction activity led to further increases in staffing levels and purchasing activity at the end of the second quarter. Employment rose for the third month running, and at a marked pace. Meanwhile, the rate of expansion in input buying was only marginally softer than May’s record.

When purchasing inputs, construction firms were faced with a combination of severe supply-chain disruption and soaring prices. Suppliers’ delivery times continued to lengthen considerably, with the rate of deterioration much faster than anything seen prior to the COVID-19 pandemic. According to respondents, global issues with raw material supplies and shipping contributed to longer lead times, with Brexit also a factor.

Brexit and global supply issues also resulted in a steep rise in input costs in June. In fact, the rate of inflation accelerated to hit a fresh record high for the second month running as three-quarters of all respondents indicated that their cost burdens had risen over the month. Steel was the item most widely reported to have increased in price.

Companies remained optimistic that activity will continue to rise over the coming year amid expectations that demand will expand as the economy reopens further. Although easing to a four-month low, the level of sentiment remained well above the series average at the end of the second quarter.