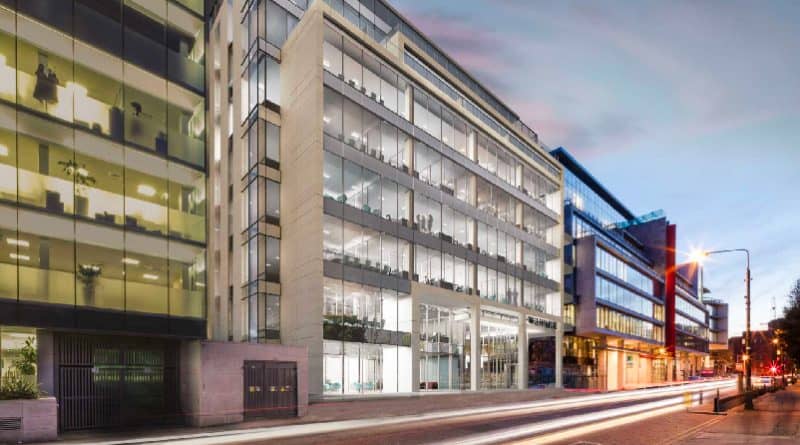 IDA Ireland has reported significant investment growth in the first half of 2021, returning FDI employment creation plans to near 2019 record levels, despite continued business uncertainty caused by the pandemic.

142 investments were won, with associated employment potential of over 12,530 jobs. 62 were new name investments and 80 were investments by established companies. 68 investments – 48% – went to regional locations.*

Speaking at the launch of IDA Ireland’s 2020 Annual Report, Tánaiste and Minister for Enterprise, Trade and Employment, Leo Varadkar said: “These are really encouraging results, showing investment in Ireland has remained remarkably solid despite immense challenges over the past 18 months. I’m particularly pleased to see that approximately half of new investments are going to locations outside of Dublin.

Foreign Direct Investment helped lift Ireland out of recession in the aftermath of the financial crisis and it will be crucial again as we recover from the pandemic. It is due to the strength of our multinational sector, which has been largely unaffected and even grown in some areas, that we are able to fund many of the financial supports we have put in place for businesses that are struggling. 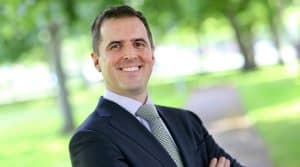 Despite these very positive results however, many challenges lie ahead. Among them trade protectionism, Brexit, the increasingly competitive global market for FDI and the need to keep pace with digitalisation, disruptive technology, new business models and the future of work. There will be opportunities too and Ireland must be at the forefront of new technologies and new ways of working to continue to win the best investment for our country.”

Martin Shanahan, CEO IDA Ireland said: “These very strong results show that foreign direct investment continued to grow, demonstrating further endurance and strength even as the pandemic entered a second year. 142 investments won so far this year compares to 132 in the same period last year. The associated employment potential is over 12,530 compared to 9,600 in the first half of 2020. That’s a significant year-on-year increase to bring us back to the flows seen in 2015 – 2019. They demonstrate the continued resilience of companies in our core sectors of focus. Once again, we see in these figures that almost half of all investment made by FDI companies to date this year went to counties outside of Dublin. We will continue this focus on winning investments for regional locations across Ireland.”

The CEO added: “With the ongoing support of our parent Department, Government, key stakeholders, IDA client companies and our teams in Ireland and overseas and notwithstanding the challenges and uncertainties on the path ahead, FDI is well placed to remain a vital contributor to Ireland’s prosperity and future success. We must be mindful though of the scale of the economic shock in 2020, the ongoing impacts of Covid-19 and the high level of risk and uncertainty that remains despite improvements to the global outlook.

Martin Shanahan also said that “Ireland has adopted a stable, consistent, transparent and competitive approach to Corporation Tax over many years. It will be important that working within any new global tax framework, Ireland continues to offer stability and a competitive offering to investors.

IDA continues to emphasise the importance of addressing key competitiveness issues that are within Ireland’s control and which impact on the costs of doing business and the quality of life in Ireland. A key focus at this time is the cost, quality and resiliency of energy and water supplies, efficiency of the planning system and judicial review system.”

The strong half-year performance announced by IDA today builds on the record results achieved over 2015-19 and the buoyant growth secured last year despite Covid-19. The IDA Ireland Annual Report 2020 shows that 246 new investments were won in 2020 with 20,123 new jobs created. Net job creation was close to 9,000. 95 investments were from new investors and 151 investments from established companies. 128 (52%) of the 246 projects won were for regional locations. Employment growth of 3.6% in IDA Ireland supported companies was achieved in 2020. Total employment in IDA Ireland client companies in Ireland stood at 257,394 at year end.

Ireland’s performance in winning FDI in 2020 was resilient not only compared to 2019 but also compared to our main competitors for investment. Ireland grew its market share of projects to Europe in 2020 and ranked 7 in a top 10 dominated by far larger countries, according to data from FDI Markets[1] up from 9 place in 2019. Separate EY research published in June showed Ireland as winning the largest number of FDI projects per capita in Europe last year[2]. Our success in attracting a large share of substantive, job creating FDI reflects the country’s strength as a location in which businesses can succeed and grow.

The economic outlook in Ireland and in our main source markets for investment continues to be shaped by Covid-19. Updated forecasts from UNCTAD last month suggest global FDI flows will increase by 10-15% in 2021 and only return to pre-pandemic levels in 20224. The sectors that proved the most resilient during 2020, such as Technology and Life Sciences, are expected to drive the recovery in global FDI.

Beyond the pandemic, investment decisions continue to be impacted by a number of key trends. Digitisation, accelerated by events of the past year, is promoting innovation and productivity across all sectors from manufacturing firms at the forefront of Industry 4.0 to disruptive service providers leveraging data and AI. The future of work, fast-tracked by a year-long remote working experiment, is prompting a reassessment of where people work and the skills they need. Sustainability is presenting growth opportunities for MNCs to drive the transition to a green economy and factoring into wider considerations on operational resilience. International tax developments underline the need to ensure that each component part of Ireland’s value proposition remains competitive. Ireland’s attractiveness factors include, but are not limited to, a competitive corporate tax rate.

As highlighted by the National Competitiveness and Productivity Council and the IMF in recent months, addressing competitiveness issues is vital to ensure Ireland remains attractive to both investment and talent.

From IDA Ireland’s perspective, issues requiring continued focus include international connectivity to Ireland; the cost, quality and resiliency of energy and water supplies, efficiency of the planning system and judicial review system; housing availability and affordability; availability of talent; the funding of higher education; and public investment in RD&I.

The implementation of IDA Ireland’s new strategy Driving Recovery & Sustainable Growth 2021-2024 is underway with a target set for the Agency to win 800 investments in total, to deliver half of those investments to the regions and to support job creation of 50,000 over the four years. There’s a renewed focus on investment in training and upskilling and environmental sustainability to support the FDI base, and the wider economy, amid accelerating technological and green transformations.
IDA’s Regional Property Programme, supported by the Department of Enterprise, Trade & Employment will provide property and strategic site solutions to address market failures in regional locations.

The timely provision of appropriate and cost-effective property and infrastructure solutions to meet the needs of MNCs remains essential to winning FDI. Over the last 5 years, IDA’s Regional Property Programme enabled the winning of capital-intensive projects of significant scale to regional locations. These include Meissner in Castlebar, Abbot in Sligo, Aerie Pharma in Athlone and Eirgen/OPKO in Waterford who all occupy ABS’ constructed under our previous strategy, as well as companies like Triggerfish in Galway, Cadence in Cork, CSC in Wexford, Unum in Carlow, Axiom and Transact in Limerick.

IDA will deliver 19 Advanced Building Solutions (ABS) in 15 regional locations throughout Ireland over the lifetime of our new strategy. Despite the challenges presented by COVID, good progress is being made on building delivery in Sligo, Dundalk, Carlow and Monaghan. Athlone and Limerick buildings to commence before year end. IDA will also invest in major infrastructural projects across all regions, with significant investments in Cork, Limerick, Waterford, Galway and Dublin among others along with upgrading our Business and Technology Parks. We will, as part of our long term strategic plans, maintain a focus on land banks and utility intensive strategic sites. An example is the two recently acquired landbanks in Co Louth. The land acquisitions, with a combined total of 149 acres situated in Killally, in Dundalk and Mell in Drogheda will position Louth and the wider North East region to compete for FDI investment.

Other initiatives underway include the completion of the National Advanced Manufacturing Centre in Limerick to provide a space for companies to trial, adopt, deploy and scale digital technologies; the scaling of the National Institute for Bioprocessing Research and Training (NIRBT) to build capacity in Cell, Gene and Vaccine Therapies (CGVT); and the implementation of a Digital Transformation Programme to make IDA the most digitally enabled Investment Promotion Agency (IPA) in the world.
IDA Ireland’s Martin Shanahan: “As vaccine deployment accelerates and restrictions gradually begin to ease, IDA Ireland remains steadfast in our determination to partner with multinational companies (MNCs) to drive economic recovery and sustainable growth in the coming years.”

Indigo Telecom Group. Limerick. Announced plans to recruit 100 people to its International Fibre Centre of Excellence in Limerick through its Irish subsidiary 4site.

Huawei. Dublin, Cork, Athlone. Telecoms company Huawei announced it will create 110 jobs across its three locations over the next three years.

Microchip Technology. Cork. Invested $20 million to create a new development centre in Cork, resulting in 60 new jobs over the next three years and approximately 200 within the next seven years.

Stripe. Dublin. Online payments firm announced that it is to significantly expand its presence in Dublin, resulting in the creation of 1,000 new jobs over the next five years.

Workday. Dublin. Announced 400 new jobs at its European HQ in Dublin, growing its workforce in Ireland by nearly 30%.

Intel. Kildare. Announced the expansion of its manufacturing operations in Ireland, resulting in the creation of 1,600 jobs.

Hewlett Packard Enterprises. Kildare. Company announced its plans to recruit 150 experienced technologists in Ireland over the next two years.

ServiceNow. Dublin. Announced the expansion of its Dublin office, with 300 jobs to be created over the next three years as part of the company’s EMEA growth plans.

Antylia Scientific. Westmeath. Established its Masterflex® Bioprocessing facility in the National Science Park, Mullingar, which will result in the creation of 60 jobs.

Fiserv. Tipperary. Announced that it will expand its research and development operations in Nenagh, County Tipperary, adding 200 jobs over the next three years.

Accenture. Cork. Accenture in Ireland announced plans to grow and deepen its presence with the creation of 500 new roles over the next three years, specialising in areas including technology, cloud, security, strategy, creative and design.

3M. Dublin. Science-based global technology company 3M announced the establishment of a new research and development technical centre in Dublin – called the 3M Digital Science Community – with the anticipated creation of more than 100 new jobs over the next two to three years.

*Investment numbers include investment projects that met IDA Ireland’s minimum investment criteria and were supported by the IDA Board in the first 6 months of 2021. It includes, Greenfield investment projects and, in line with IDA’s new Strategy, investments in Training and Environmental Sustainability. The jobs referenced are jobs forecast to be created in the coming years by investing companies. Jobs actually created are tracked every year in the Department of Enterprise, Trade and Employment Annual Employment Survey. Results for 2021 will be available in January 2022.