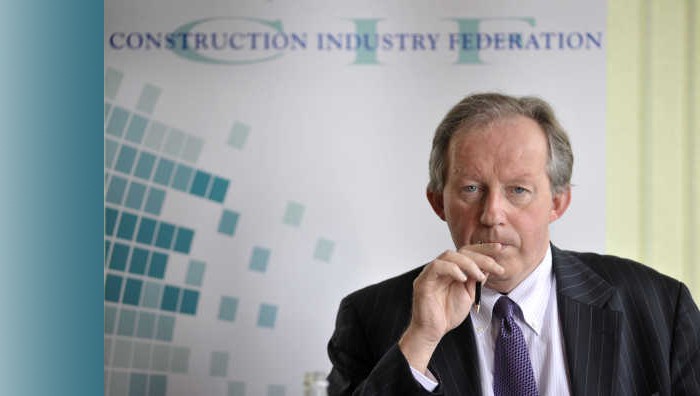 The Construction Industry Federation (CIF) have called for a refocusing on safety on building sites as 11 people lost their lives in construction-related accidents in 2015.

Tom Parlon, Director General stated: “Construction work is hazardous, and tragically 11 people lost their lives in construction-related activities last year.  This number requires us all to refocus on the importance of safety on our building sites.  The majority of these accidents took place on smaller building sites and the statistics indicate that the greatest proportion of these took place on domestic sites.  It is important that we all start 2016 with a renewed determination to keep our workers safe.”

Speaking in respect of the Industry’s responsibility to maintain the highest safety standards on-site, Tom Parlon stated: “The Construction Industry is committed to ensuring the highest safety standards are maintained on sites, and we are proud that over 90,000 people completed Safe Pass training in 2015 alone and similar number in 2014.  This represents and investment of €27 million each year in this one programme alone.”

“The CIF is committed to continuing our work with the Health and Safety Authority, the Department of Environment and a range of stakeholders to professionalise the industry and to raise standards in all areas of the sector – from quality to compliance with standards and safety.”

In this regard, Tom Parlon stated: “The Building Control (Amendment) Regulations 2014 (BCAR) was the single biggest move made to professionalise the Construction Industry in a generation.  It brought about a tough and rigorous regime of inspections on all construction projects. It established for the first time a Register of competent contractors (CIRI) with the intention that this Register would become compulsory.  With strong support from stakeholders through the Industry, including the HSA who sit on the Board of CIRI, there are now over 1,000 contractors on that Register, and a strong culture of safety and standards has become firmly established in the Industry.  We are now calling on the Government to put this Register of competent builders (CIRI) on a statutory footing.”

Speaking in respect of the role of Government in this space, Tom Parlon highlighted that “feedback from CIF members indicate that the vast majority favour mandatory inspections and certification”.  But political concerns over the cost of compliance resulted in an opt-out provision for those constructing one-off houses.  This is contrary to the CIF and Construction Industry Council’s objectives for increased standards and regulation, and it in fact relates directly to the section of the industry which has seen the highest number of fatalities in the past 12 months.  So, there is now no mechanism in place to check or verify compliance on these one-off housing sites.  Without enforcement mechanisms, non-compliance seems inevitable, and this is contrary to the need for increased safety on these smaller building sites.”

“We are calling on Government to reverse this opt-out clause in order to support the industry’s renewed focus on the safety of our workers for 2016.  The CIF believes that standards, regulation and compliance are at the heart of a safe and successful industry, and we are also calling on Government to finally place CIRI on a statutory footing to achieve those objectives.”