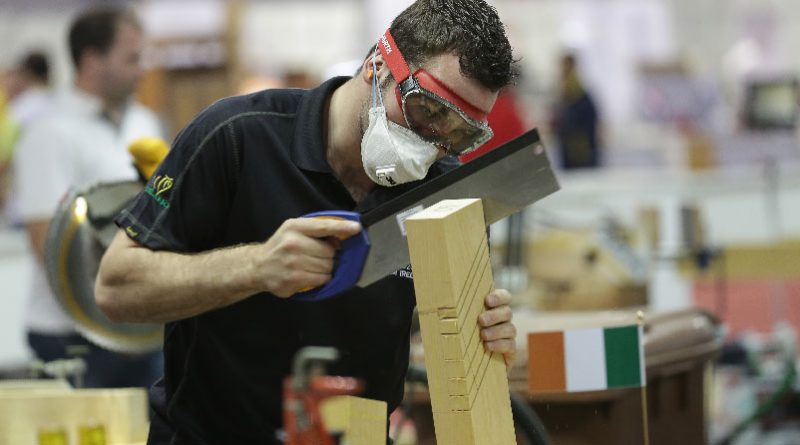 Irish construction companies have highlighted access to a skilled workforce as a significant barrier to meeting the surge in demand for building new houses and achieving construction targets, according to a new research report just published.

The ‘Construction in Ireland 2022: Building a Workforce for the Future’ research report, conducted by Core Research among 300 construction firms in Ireland and commissioned by Autodesk Construction Cloud, a member of the design and make company, found that two-fifths of companies are actively recruiting but skills shortages are proving a headache for businesses of all sizes.

The report, exploring the current state of the construction sector, found that two out of three (63%) companies find it hard to recruit talent, owing to a lack of career options and negative perceptions about working in the industry. One in three construction firms believe young talent is emigrating from Ireland.

Overall, the mood of the industry is positive for this year, even in the face of economic headwinds pushing up the cost of materials, with 38% of companies expecting revenues to increase, while only one in ten expects to see a decrease.

But there are warning signs for the future when it comes to hiring a skilled workforce, which require targeted measures to strengthen the position of the industry and ensure it reaches its full potential, according to the report.

Commenting on the report and research results, Brian Roche, Construction Sales Lead, Autodesk Ireland said: “This report reveals the high availability of construction jobs in the marketplace but exposes the lack of access to a skilled workforce and the limitations that shortage is putting on the future potential of the construction industry.

“Without the talent pipeline to match needed capacity, there could be implications concerning the industry’s ability to meet the demand within the sector currently, across residential and commercial building.

“However, if the sector adapts a long-term strategy through the launch of a national campaign to promote the value of a career in construction, it can develop a consistent talent stream that attracts new recruits and graduates, empowering a skilled workforce with all the know-how coupled with the most up-to-date digital tools to improve productivity and overall job satisfaction.”

85% identified the rising cost of materials and sheer scale of demand as the other defining challenges for the Irish construction industry, along with builders stalling one-off projects as a result (81%).

Combined with the labour force blockage, present market conditions have caused some doubts about the achievability of Government’s Housing for All and retrofitting target ambition and timeline.

The research found four in five professionals are concerned about the sector’s ability to meet the housing policy target and requirement of 33,000 homes built per year by 2030.

Only 20% of professionals think the housing targets can be reached with the current workforce, while seven in ten professionals (70%) believe the industry will need a bigger workforce to meet the ambitions.

Some 54% pointed to a lack of people with the necessary skills and expertise required to meet the demand of the National Retrofit Plan.

63%, two in three of every construction company, are finding it hard to recruit the talent they need, with 59% putting recruitment challenges down to a shortage in the availability of skilled labour in general.

It’s a situation that many professionals believe will worsen over the next decade, particularly when it comes to traditional trade skills. Nearly half of those surveyed are concerned about the rarity of trade skills like brick laying and plastering (46%) and carpenters (31%).

Signs of a significant industry image problem were also signalled as an ongoing concern for companies, with professionals saying the industry is less attractive than other sectors (25%), there’s limited awareness of career options (16%) or it’s seen as a career of last choice (15%).

There is also a mismatch between the skills available and the skills needed. According to construction companies, the most challenging roles to fill are fire or health and safety officers (41%), engineers (32%) and bricklayers and carpenters (each 31%).

Some 13% of respondents said that college courses are not producing graduates with the skills needed by the industry. In contrast, there’s much less concern about the rarity of technology-based skills like AI (13%) data analytics (8%) and off-site manufacturing (8%).

Although some firms recognise the potential of technology and modern methods of construction, findings suggest that short-term challenges like upskilling and apprenticeships are the priority for most companies, while investment plans are limited.

Only larger sized companies are giving focus to sustainability initiatives, and many appear to be overlooking the potential of digital construction to overcome the current challenges.

Over the next two years, some 71% of professionals say training or upskilling existing staff will be a high priority, while 60% will focus on apprenticeships.  By contrast, only around a third will prioritise new facilities (38%) or investment in IT (34%).

Looking further ahead to the next five years, modernisation and emerging technology remain low priorities, with only one in five companies exploring investment in new methods of construction like off-site manufacturing (20%) – a figure that is consistent across larger and smaller companies.

Some 60% of Irish construction companies say they are not planning to invest in modern technology at all, such as AI, data analytics, as well as 3D printing, VR and AR and robotics.

The report sets out recommendations to address the labour shortages and strengthen the talent pipeline through initiatives to attract new recruits, upskill workers and give employees the digital tools that can improve their productivity and satisfaction.

It proposes the launch of a national campaign to promote the value of careers in construction, aimed at tackling the industry’s image problem. A part of this initiative would involve creating links with schools and colleges to ensure students are gaining the skills valued by companies.

To ensure national programmes have a dedicated talent strategy, the report also proposes an increased engagement between government and industry in order to develop a realistic plan for attracting or upskilling the talent needed to meet present and future demands.

Finally, to offset the challenge of attracting younger candidates into the industry, the report urges for a prioritisation of investments in digital construction to improve people’s productivity.