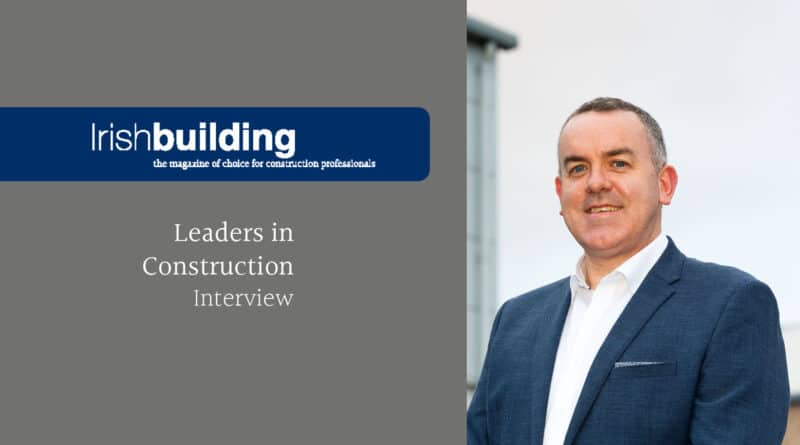 Henry McCann is Group Operations Director, Kirby Group Engineering. Henry’s attention to detail and leadership skills have been the hallmarks of a career that began with Kirby Group Engineering 15 years ago. As a talented Project Manager, it was of no surprise to many at Kirby that Henry quickly rose through the ranks of Business Unit Manager, Associate Director and Operations Director, to finally take on the role of Group Operations Director in January 2020. Now his attention to detail and leadership skills have paid great dividends. For the company where Henry started his journey is on target for significant and sustainable growth, with the years ahead looking very promising indeed.

Henry’s proudest achievement from his time with the firm to date is the development and rollout of the Kirby Way programme. He and his fellow senior leaders at Kirby see this scheme as a vital cog in Kirby’s progress towards the leading edge of engineering and construction in the years ahead.

Kirby Group Engineering has evolved from its original office in Limerick’s Thomondgate in the 1960s into an international operation which now employs over 1,200 people across Europe. All the while Kirby was building on this success it never lost sight of the importance in prioritising its employees and client relationships in everything they took on.

The Kirby Way concept was formulated over four years ago when management consensus agreed that a fresh approach was needed for continued growth and success. With over 50 years of industry experience, strong client relations and a hard-won reputation for top-quality work, a period of exciting growth and opportunity was firmly on the company’s horizon.

The question was, how could the growth be sustained alongside the quality and reliability synonymous with the Kirby brand? How could the firm ensure their way of doing things would be replicated at work sites as far away as central and northern Europe? Rapid expansion would be well and good in the short-term, but ultimately any shortfall in quality would damage the brand and future prospects.

The solution was to put the Kirby Way of doing things on a formal footing – prioritising the company’s Core Values of  People, Safety, Quality, Delivery and Value. The Kirby Way would emerge as the way forward.

Henry McCann gathered senior leaders together to collaborate on a vision of standardised actions for every element of a project, as he explains: “The Kirby Way would be the signpost to which every key project team member could refer to ensure priorities are maintained and quality is protected. This would provide openness around responsibilities and promote transparent communication. It would build efficient pathways for workers to follow in completing tasks. Crucially, it would be measurable and agile, open to expansion using tailor-made updates.”

Fergus Barry is Group Head of HR: “We examined the projects that had worked best for us and for clients in the past. It was clear that they were the ones which had scored highly in areas we wanted to promote, so we developed the content from there.”

The structure was built around a participative style of learning. Each learning objective was broken down into key sections, but the team was cognisant of the need to strike the right tone. Fergus says: “We had to bear in mind we were addressing people, experts really, who had been doing the job for years. There was no need to teach them the basics, they knew the business as well as we did. So, we encouraged feedback as part of the process. We asked them to tell us where they felt we were doing well and where we could improve. We already had confidence in their ability and knowledge, and we needed them to have confidence in following this new process that we were sure would help our prospects.”

For Henry and his team, outsourcing training duties wasn’t an option. He says it was important to show commitment at the highest level: “Our Group MD Mark Flanagan and I are regular instructors on the Kirby Way and all of the senior leaders are involved to some extent. We were firmly of the view that buy-in from the workforce would be maximised by demonstrating our confidence in the Kirby Way. I was sure that having the company leadership play a hands-on role would assuage any initial doubts among our colleagues.”

Ronan O’Neill is Kirby’s Group Planning and Project Risk Manager. Henry brought him into the Kirby Way development process from the start: “I played a key role in supporting the process mapping, the training content development, and the rollout of the training. I helped to guide the teams on how to overcome the challenges they could face in applying the theory to a practical situation.”

The Kirby Way provides an online database of detailed processes hosted on a platform called Triaster. Each step of a project, from Familiarisation to Project Close is broken down via click-through menus into clear, concise prompts and directions. Every time a manager begins a new project he or she can consult the Process Library to see and follow the associated requirements for their role. With repeated use of the intuitive method, the Kirby Way becomes second nature and managers and workers find they need to consult the map less frequently.

A critical feature is that if an issue arises within an element of a project, the Kirby Way provides both an invaluable resource to investigate how it happened and a roadmap to get back on track.

The foundation module, known as Kirby Way 1 has now been rolled out through the Kirby Academy platform across all relevant personnel, including project managers, construction managers, project engineers, quantity surveyors and planners, as well as key functional staff. Training for Kirby Way 2 is underway, with a focus on drilling down deeper into the basic concepts of Kirby Way 1. The team hopes to begin rolling out Kirby Way 3, which will cover aspects of the business for the future.

Ronan says the benefits offered by a process like the Kirby Way are invaluable to the company, staff and clients: “For our colleagues, there’s reassurance that no matter where you go in Kirby, you know what to expect. You’re talking the same professional language and you know what’s required of you. To be able to guarantee a consistent, standardised, best practice approach across multiple regions and geographies is a fantastic asset.

“The feedback is highly positive. This approach is new to a lot of people doing the training course and they have great expectations based on what they see. They may have come to Kirby having heard it’s different here and they’re really happy to see we’re talking the talk and walking the walk.”

Fergus Barry says people who work with Kirby have many characteristics in common: “If you join Kirby in the morning, you’re results focused. Your resilience and attention to detail are key, you get on with people, you can innovate to create value and you prioritise customer service. It’s not a place for egos. The Kirby Way feeds into that.”

“A company culture can be a hard thing to articulate, but the Kirby Way goes a long way towards demonstrating it in practice,” says Henry McCann. He believes the Kirby Way positions the company well for alignment with existing and potential clients: “The high value firms we’re targeting are process-driven and they appreciate that we are developing in that direction for the future.” However, he believes it goes beyond the business aspect and further cements Kirby Group Engineering’s longstanding commitment to its people: “It’s actually a very democratic process. It thrives and evolves on feedback from the users. We’ve put an in-depth structure of coaches and mentors in place which supports our colleagues and they’re telling us they feel it’s working. We’ve made the shift to virtual classrooms, for now, to cope with the pandemic, but the process is running smoothly, and we’ve managed to maintain a great flow of communication through the company.”

From the client side, the Kirby Way also provides a series of signposts that show how they are on the right path, with a company that will provide a product that they can be proud of. “We want to provide a customer journey that encompasses safety, integrity and quality all the way. For our clients the Kirby Way aims to ensure that they are never on the end of any unwelcome surprises… It is, the Kirby Way.”

Since its establishment by Tom and Michael Kirby in 1964, a family ethos which puts its people first has been a core value for Kirby Group Engineering. Henry McCann believes implementing and promoting the Kirby Way secures that for the future: “Myself and the senior management team really believe that if you mind your people, they give back your trust and loyalty in spades. After more than fifty years in business, putting the Kirby Way at the heart of our offering for colleagues and customers is a phenomenal asset for everyone involved and will stand us in good stead for at least the next fifty!”