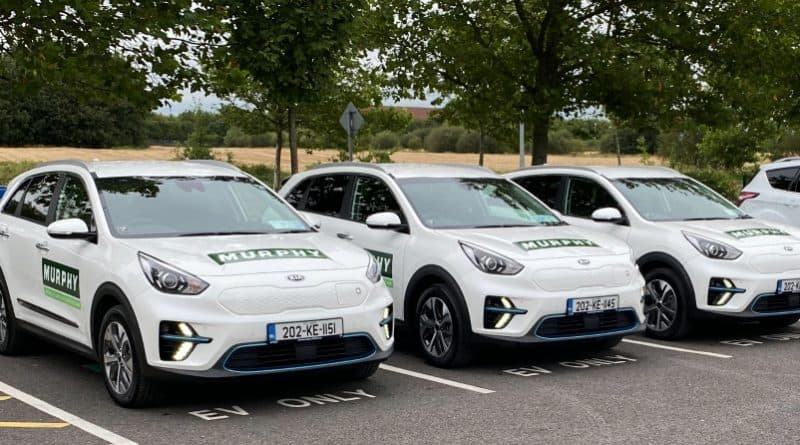 From its electric vehicle fleet, wide range of emission-free and low-emission construction equipment and compact machines, to the repurposing of old slings, and the recycling of aggregates, Murphy has been making significant gains on the road to sustainability.

Over the last decade, Murphy has consistently worked to decrease carbon emissions associated with fuel and electricity by:

The company has also purchased a number of Hybrid Excavators, which can reduce carbon footprint and fuel consumption by 30% and replaced its entire HGV Fleet with Euro 6 Engines, including the first Mitsubishi Eco Hybrid Pick-up Truck last year.

All Murphy Ireland’s 250 CFM Compressors are now Stage 5 and all Generators are Stage 3A low emissions super silent generators, while the company awaits Tier 5 models to be released.

Murphy Ireland Managing Director, John G. Murphy, said: “We are committed to protecting our people, the environment, and the communities in which we operate. Murphy Ireland is proud to champion construction methods and practices that put sustainability and the environment first and I encourage all of those working in construction to work and plan future projects with climate action in mind.”

Murphy is also committed to protecting Biodiversity and striving for net positive impact on Biodiversity across all company activities. It is a supporter of the All Ireland Pollinator Plan and has recently become a founding member of the Irish Business Biodiversity Platform.

The company employs a range of measures to enhance biodiversity including initiatives such as installing wildlife corridors/buffer strips, planting wildflower areas for bees and insects, protecting streams and aquatic life during works, safeguarding trees and hedgerows from design to works, and enhancing reinstated areas with native plant and sapling mixes.

Biodiversity is also being championed by Murphy employees – some of whom did a beekeeping course to tend to its beehives in Newbridge. More hives are also being installed on a number of its projects.

One small, but powerful change made as a Group has been to change its default search engine on all internet browsers to ‘Ecosia’. Each time a search is made using the Ecosia search engine, money is donated to reforestation and conservation, resulting in approximately 45,000 trees planted each year.