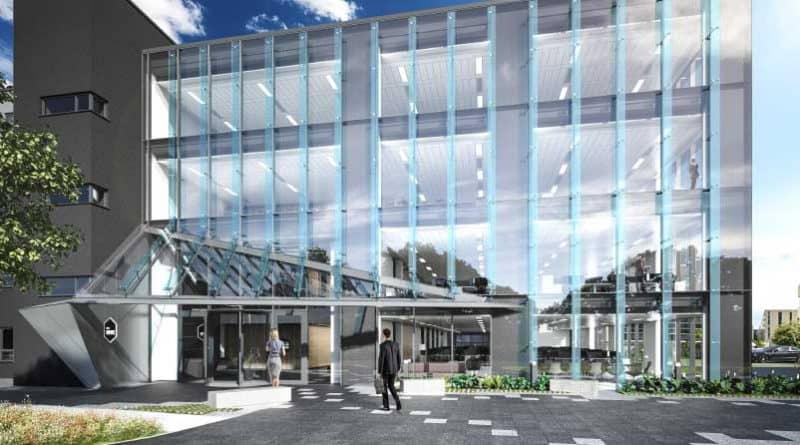 Prime office rents in Dublin city centre can hold their current level of around €60 to €65 per square foot, according to HWBC’s H1 2019 Dublin Office Market Review published today. The review finds that despite recent record levels of take-up, demand is still strong, underpinned by technology sector companies, and also high demand from Government tenants.

1.73m sq ft of space was let in the first half of the year, with the bulk of deals taking place in the first three months. Although take up in the second quarter was below average, HWBC remains confident that the demand pipeline will hold up, with up 1.0m sq ft of space reserved and in advanced stages of negotiation for completion in the second half of the year. Companies such as Amazon, WeWork and Slack are all in expansion mode and expected to sign contracts for additional office space in H2 2019.

In an orderly Brexit scenario, HWBC does not expect upward pressure on prime rents.  A no deal ‘hard Brexit’ could put further upward pressure on rents if it sparks a wave of new demand from companies exiting London, or FDI investors favouring Dublin over the uncertain environment in the UK, particularly around free movement of people.

In the prime suburban areas of Sandyford and Leopardstown rents rose 7% in the past year, to between €30 and €32 per sq ft, and are expected to rise further.  With tighter supply at the top end of the market, lease commitments are moving to minimum 10 years term certain for the larger transactions. Big tech is still driving a lot of this demand but there are also sectors such as fintech, medtech, pharma and life sciences adding to demand levels.

Tony Waters, Managing Director of HWBC said: “The strength of the office market in recent years has tempted some commentators to wonder if the market may have peaked. Whilst predicting the future can never be certain, the available evidence gives us every reason to think this isn’t the case, and if a ‘hard Brexit’ pushes more companies out of the UK we may even see rents rising higher.

The top 5 deals of the year so far were dominated by US tech firms. Salesforce and Facebook accounted for over 600,000 sq ft of take up between them, with Salesforce signing the largest ever single letting of 430,000 sq ft for their new campus in the north Docklands and Facebook taking 175,000 sq ft at the newly refurbished Nova Atria South in Sandyford.  The Government sector has also been active in the market with the Central Bank taking 200,000 sq ft in Dublin Landings in the north docks and the OPW pre-letting 160,000 sq ft in Smithfield for the newly formed Tailte Eireann

The co-working sector is still expanding in Dublin and looking for new opportunities, mainly in the City Centre. In a strong market companies like WeWork and Iconic Officers are offering maximum flexibility to the corporate sector for expansion, and new entrants or start-ups on a rapid growth path. This is now disrupting the traditional Landlord market, particularly demand in the 5,000 to 10,000 sq ft range.

Paul Scannell, HWBC Director and Head of Offices said: “Prime office rents in Dublin city centre are likely to sustain their current high levels given the strength of continuing demand in the market, as evidenced by the large amount of space that is being pre-let prior to a new building’s completion. This is a key metric to track underlying occupier demand trends and explains why we had over 4.8m square feet of new office space under construction at the end of June.”

A growing feature of the Dublin market is the co-working sector, with companies like WeWork now tenants in several major office locations offering flexible space for start-ups, but also ‘swing space’ for large corporate looking for speed solutions to facilitate expansion.”