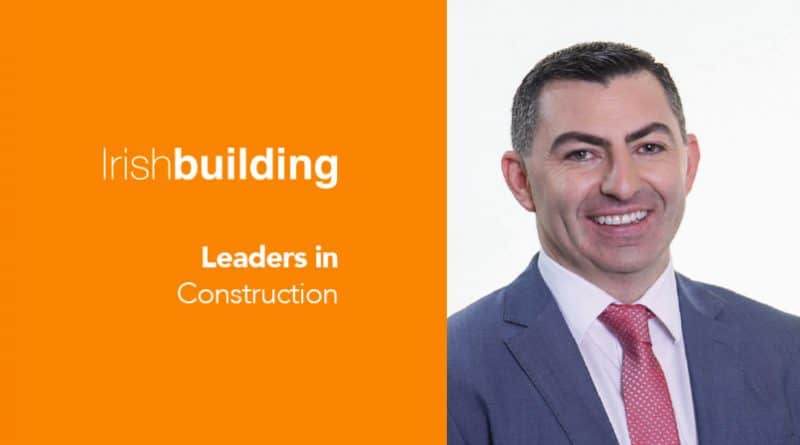 Having had a landmark year in 2017 in terms of its internationalisation strategy, Gaeltec Utilities is on track for sustained and controlled growth, says director Declan Wynne.

Set up in 2003 as a service-based company focused on the Irish energy sector, Kilkenny-based Gaeltec Utilities has grown to become one of the leading companies operating in this sector and more recently, has built a strong presence in a number of new markets and sectors.

The company currently employs around 300 people directly and had a turnover of around €42m in 2017. Its client base is predominantly semi-state companies, largescale utilities and multinational organisations, which include; ESB Networks, Bord Na Móna, Coillte, ESB Wind Development, Scottish Power Energy Networks, blue chip companies such as Facebook and also Siro – the ESB and Vodafone Joint Venture Company.

“The vast majority of our business is with a very strong client base,” says company director, Declan Wynne. “However, we also do some work for a number of smaller, private developers, mainly associated with grid connection projects for renewable schemes.”

One of the company’s most recent achievements was the successful delivery of a full design and build 220kV AIS Substation and Grid Connection to power a new world-class data centre at Clonee, Co. Meath. “It was the first 220kV scheme privately developed on the Island of Ireland,” says Wynne. “It’s a flagship project for the Irish energy industry and is now one of the key nodes on the electricity network.”
More significant perhaps for many Irish households around the country was Gaeltec’s emergency response role during and after Storm Ophelia last October and Storm Emma earlier this year. “We were one of the larger response units in supporting ESB Networks to restore power to thousands of homes across the country.”

In recent years, the company has increasingly focused on growing the business internationally. The economic crisis affected Gaeltec somewhat later than many other sectors as many of its clients had funding locked in for key infrastructural projects. “Having plans to develop and grow the business, it was 2012 before there was a necessity to look beyond Ireland for new markets and new clients. At that time, the company embarked on a strategic plan that solely focused on vision, controlled growth and sustainable business.”

Since this period, Gaeltec have made great strides in a number of markets, their approach to executing that strategy has been extremely focused. At present the company has established operations in a number of European locations, namely; Ireland, UK, Portugal and the Nordic region. In addition Gaeltec has its sights on a number of other markets but will be expanding cautiously and strategically.

Last year was also notable for Gaeltec’s breakthrough into the Nordic region, where it is now delivering mission critical projects for major clients. “We have fairly ambitious plans for this region and are very satisfied with the penetration and success we’ve had there in a short period.”

Recent years have seen greater emphasis towards risk management and project selection. Management has a greater focus on a number of metrics in terms of margin and outputs via contracts that add significant value to clients and fully align with the growth strategy.

Wynne who holds a degree in engineering and a master’s in business administration (MBA), is firmly focused on the development of the business. He described the staff as the company’s greatest asset, and outlined that the passion for excellence that exists throughout the organisation offers the senior management an excellent platform for success.

The company has built very strong partnerships internationally based on quality work and trust, Wynne says. “We’ve been involved overseas on repeat business. That has helped the internationalisation piece of the business and the growth strategy.”

Whilst Gaeltec’s ambitions and expectations for the future largely focus on having a major international presence, Ireland will be maintained as the home market and headquarters.

“The commercial and industrial sector is something we’re focusing on more than previously and we’ve also recently penetrated well within the telecommunications sector in Ireland. In 2017, Gaeltec played a key role in the delivery of fibre optic installation projects in five large towns for an ESB and Vodafone joint venture company, Siro. The striving business with highly skilled and experienced staff has positioned itself as a strategic partner for this client.”

While activity in the construction and engineering industry is quite Dublin-centric at present, Gaeltec’s projects have tended to be nationwide. They have recently commenced work on a design and build contract in Co. Mayo to construct what will become Ireland’s largest onshore wind farm. The project, which is being delivered for a joint venture between ESB and Bord na Móna, will include a new 110kV substation and associated grid connection and once the development is fully operational it will have the capacity to power 185,000 homes.

“Our involvement in large scale full turnkey projects demonstrates the strength and depth of our engineering team within the business, we have a reputation for delivering high standards and we pride ourselves on excellence, where safety is the centre piece in everything we do.”

As regards national capital investment, Wynne believes strengthening the energy and digital communications infrastructure across the country needs to be a top priority at government level. “The development, upgrade and upkeep of a reliable electricity system is absolutely vital for foreign direct investment. There is a notable stress on the Irish electricity system with an overreliance – or excessive demand – on the Dublin region.

“Whilst foreign direct investment remains positive, significant opportunities to develop additional regions in Ireland will exist, however, tech companies, large pharmaceutical entities, or other major multinationals wouldn’t take any risk in establishing a major facility without having a reliable electricity network. Eirgrid and the Government’s focus on investing in that is absolutely critical.”

Equally, critical is the roll-out of high speed broadband networks in rural Ireland, he says. “Considering the types of businesses that have established in Ireland, it could be described as very short-sighted and ultimately an embarrassment to not have a reliable broadband connection or a very clear execution plan as to when we will have such infrastructure. The ongoing delay with the National Broadband Plan is a major concern.”

While the National Development Plan recently announced by the government positively focuses on its commitment to develop infrastructure and regional hubs. Wynne believes the need for key rural infrastructure is being overlooked. “I would feel more strongly about the broadband issue than the likes of road infrastructure at the moment. Ireland remains to be an open flexible economy, and many companies rely on online traffic to run their business, to facilitate staff to work from home, to compete in tender processes via auctions etc and therefore, the usage of technology and the need for reliable connection at this point in time is essential.”
Elsewhere, project financing, bonding requirements, and staff retention remains high on agendas nationwide. In particular, staff retention appears to be an issue for many businesses. “It’s a very active market presently in terms of recruitment and there are numerous cases of unsustainable remuneration packages on offer. This is a challenge for the entire industry, although we’ve been very fortunate to have a high retention rate and our future plans give great confidence to our staff that there’s multiple opportunity and career progression internally.”

The temptation of the packages on offer has become a major issue for the construction industry, he says. “Within the last 12 months, there has been a significant increase in salaries and well established industry players firmly believe this overly inflated benchmark is damaging and unsustainable.”

Wynne says Gaeltec mitigates this by keeping staff motivated and fully informed around the strategy for the future, and providing a clear vision of the career advancement potential within the business.

“I think the future plan we’ve defined, which we’re constantly testing, redefining and tweaking, definitely brings great excitement to everyone. We all see huge opportunities for the business and for individuals to grow and expand their career paths and to reap the benefits of the foundations we have set for the future, not just in Ireland but in international markets.”