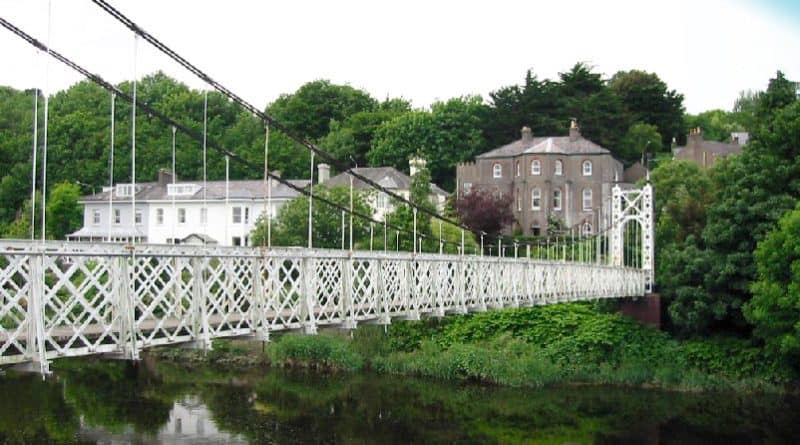 Cork City Council is undertaking a major programme of repair and restoration works on the city’s iconic Daly’s Bridge (Shakey Bridge) to address extensive corrosion and damage to the heritage structure. Daly’s Bridge is unique in Ireland as the only surviving pedestrian suspension bridge of its type and age.

Rehabilitation and conservation works on the main steel structure of the 50.9 metre suspension bridge will include:

Key steel elements of the bridge will be taken down for repair and repainting, including the latticed deck and the original iron railings on the southern ferry boat quay. Dismantling the bridge for repair off-site is considered best practice and has been undertaken successfully on a number of similar bridge schemes across Europe.

Cork City Council Senior Engineer, Fergus Gleeson said: “By undertaking the critical repair, conservation and repainting works in the controlled conditions of a factory setting, we will ensure that the people of Cork will enjoy a more durable bridge better able to resist the effects of weather when it is put back in place”.

“Inclement weather conditions during the winter would also prevent this work being carried out on site, as would concerns around site personnel working at height for prolonged periods of time over the river. Working offsite also serves to reduce potential impact on the environment as the likelihood of blast debris entering the river is reduced. In all cases the cables on the bridge need to be replaced which would necessitate temporary dismantling of the structure.”

Landscaping works are also to be undertaken on the north and south side of the bridge and lighting in the area improved; works which should also help deter anti social behaviour.

Works will also be carried out on the north and south side approaches to the bridge including the removal of palisade fencing on the north approach and railing on the southern ramp and replacement with railings in keeping with the originals. Block-work infill of the original abutment ( support structure) openings and southern ramp openings will also be removed. When first constructed, these abutment openings and approach ramp arches were open. Futhermore, the ferry boat quay next to the southern ramp will  be restored as part of the project.

It is intended that the works will extend the life of this important heritage structure and protect and improve an important public amenity.

Cork City Council is seeking Part 8 planning permission for the project and is also seeking submissions from the public on the project. Following an open tender, RPS Consulting Engineers were awarded the contract for the design and construction supervision of these works.  Grade 1 conservation architects, JCA Conservation Architects provided expertise to the project.