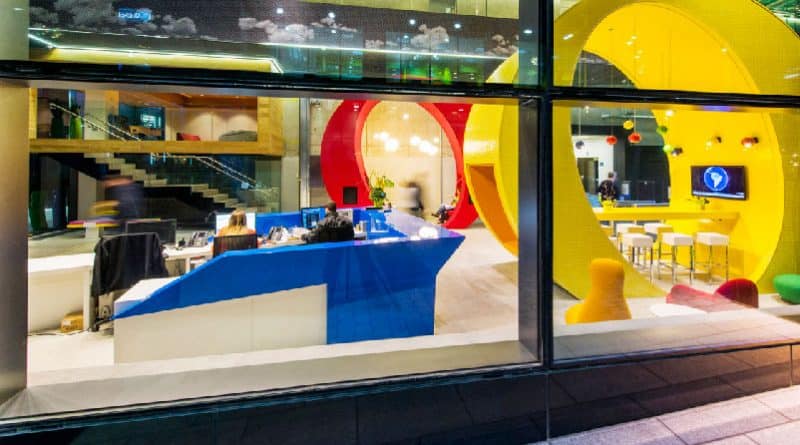 Ireland has the distinction of having been the fastest growing economy in the EU28 in three of the past four years. The latest national accounts show that the economy exited 2017 with a strong tailwind behind it (GDP +3.2% q/q in Q417), with high frequency data confirming a good underlying performance in early 2018.

A pleasing aspect of this growth is its broad nature, with the multinational-oriented part of the economy and the domestic-facing sectors both showing positive trends.

The commercial property sector is benefiting from this favourable backdrop. Total take-up in the Dublin office market was a record 3.6m sq ft in 2017, 20% above the previous 2007 peak. Office rents are at an all-time high and the vacancy rate is flirting with its all-time low. With limited availability of Grade A space in Dublin city centre, we see the capital’s suburbs and Ireland’s secondary cities – Cork, Limerick and Galway – playing an important role in meeting the needs of occupiers in the coming years.

The narrative is similarly positive in the industrial market, where prime rents have climbed 52% over the past four years. As with offices, we see Brexit as providing a structural ‘kicker’ to demand, with the segment set to benefit as companies revisit supply chains. Rounding off the commercial property space, the retail market is a key beneficiary of the positive transformation in both the labour market and household finances. While sterling weakness has weighed on new car sales here, the other segments of the retail market are performing resiliently.

JLL data show that capital values have risen by between 63% (industrial) and 104% (office) from the trough. With strong demand (both in terms of take-up and investment), substantially reduced vacancy rates and disciplined supply additions, we see scope for continued growth in rents and further yield compression.

As noted above, the office market has seen the strongest recovery of the different segments of the commercial property market since the depths of the recession. The recovery in the Dublin market has been led by the technology sector, which has contributed 37% of annual take-up on average over the past five years.

However, in recent times there has been a uptick in take-up from the State (a function of the ongoing strengthening of the public finances); the financial services sector (helped by a return to growth in credit outstanding in the economy); and serviced workspace providers (Savills report growth in take-up from this area of 169% to 188,400 sq ft in 2017, which is 5% of total Dublin take-up).

This strong take-up has helped to push the headline Dublin vacancy rate down to the current level of 7.8%, which implies that there is 3.7m sq ft of available space, or roughly the same as the take-up figure for 2017.

The development ‘tap’ was turned off after the onset of the recession. Some 17m sq ft of office space was built in Dublin in the six years to the end of 2008. In the following six years just 1.9m sq ft was completed. Helped by the strong take-up detailed above and the removal of antiquated stock (research from Savills show that 26 office blocks totalling 1m sq ft have been demolished since 2014), the vacancy rate sharply retreated from peak and prime rents climbed from the trough of €26-30 per sq ft in H212 to the current level of €55-65 (and even higher in a small number of cases) per sq ft, where they have settled for the past two years. Rising rents have, in turn, transformed the economics of new build and resulted in the return of cranes to the Dublin skyline – 71 according to The Irish Times’ count in April, which is more than double the 34 that loomed over the city when the newspaper first conducted its monthly census in February 2016.

This growth in activity has prompted speculation in some quarters about a potential glut of supply in the office market. However, we see these fears as overblown and, if anything, we are more concerned about the low level of available high grade stock in the capital.

A total of 1.8m sq ft of office space was completed in Dublin in 2017, which is half of last year’s take-up. Some 2.5m sq ft is due to be completed this year, with a further 1.7m in 2019. We therefore believe that the Dublin vacancy rate will continue to fall until the end of the decade at least.

A winner from the tight supply in Dublin is likely to be the country’s secondary cities – Cork, Limerick and Galway. Analysis by Cushman & Wakefield shows that these cities have a combined 1.7m sq ft of available space. With 24% of new jobs from IDA Ireland supported companies (i.e. multinationals) going to those cities in 2017 (another 21% went to other regional locations) and prime rents ranging from €30-33 psf, 45-50% below prime Dublin city centre rents, we would expect those cities to punch above their weight in the coming quarters in terms of investment wins. In the longer-term, the Government’s €116bn ‘Project Ireland 2040’ infrastructure plan should direct more growth to the regions.

The latest CBRE data show that prime Dublin CBD office yields were 4.00% in April 2018, with suburban Dublin at 5.25% and provincial rents ranging from 5.75-7.00%. Prime Dublin yields offer 308bps of additional yield over the Irish government 10 year bond, which is about four times the long-term average spread between the two. This differential is supportive of investment activity, with €497m of office assets changing hands in Q118, as per the latest JLL data, while six of the 10 largest deals in the period were in the office market. However, following several years of unusually strong transactions activity (€12.4bn of transactions were struck over the 2014-2016 period, versus a long-term average of €1.8bn per annum) we see the profile of deals shifting towards smaller lot sizes and a stronger regional presence (ex-Dublin sales made up 26% of Q118 volumes).

However, this take-up would likely be stronger were it not for a structural undersupply of modern industrial stock in the Dublin market. JLL data show that secondary stock has been the main subject of take-up in each of the past 18 quarters (with an average share of 64% over that period), followed by prime (24%) and tertiary (12%). This undersupply arose as a result of muted completions activity until relatively recently, which combined with solid demand to place upward pressure on rents (and, in turn, capital values, which have improved by 63% since Q213).

In terms of the outlook for industrial property, we would expect the supportive macroeconomic backdrop to underpin ongoing steady demand for accommodation across Ireland. This cyclical support is likely to be augmented by a structural kicker from Brexit-related requirements – our view has been (and remains) that companies are likely to revise their supply chains to reduce the risk of disruption from the tail risk of a ‘hard’ Brexit. Many of these occupiers will need larger-sized Grade A facilities (Cushman & Wakefield estimates that there is active demand for 20 large boxes of in excess of 2,000 sq m at this time), but the lack of available stock in this category (as evidenced by the high share of take-up that is accounted for by secondary units) will pose a challenge for firms and put further upward pressure on rents.

Finally, positive labour market developments have underpinned a strengthening of operating conditions for retailers in Ireland. These fundamentals have helped open market rents to climb 34% from the Q114 trough (as per the JLL Indices), with capital values increasing by 78% from their low point. As with the industrial segment, some weakening in capital values was observed in the final quarter of last year, but this is explained by the impact of the trebling of stamp duty on commercial transactions. Helped by rising rents, we would expect capital values to return to growth in 2018.