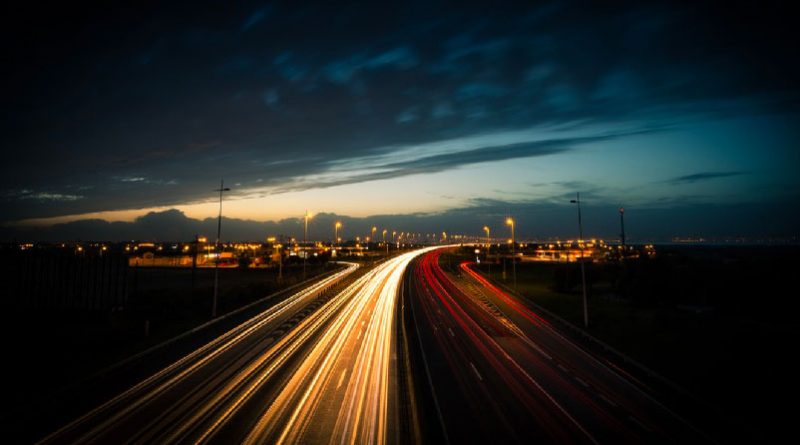 A CIF commissioned report, carried out by DKM Economic Consultants, has proposed an urgent and radical overhaul to how infrastructure is delivered in Ireland.

The report warned that Ireland’s historically low levels of investment in infrastructure threatens Ireland’s economic recovery and could undermine growth in other sectors, such as technology, financial services, pharmaceutical, whilst also leading to social inequality arising from housing shortages and imbalanced regional development.

The report, entitled ‘Enhancing Ireland’s Infrastructure’ shows how Ireland’s capacity to deliver infrastructure projects is negatively affected by political decision-making and proposes the establishment of a National Infrastructure Commission to support objective decision making in Government on selecting projects.  The report also warned that significantly more investment was required to meet the needs of Ireland’s population, the fastest growing in the EU, and its economy, the second fastest growing in the EU27.  Currently, Ireland is last in the EU27 for direct Government investment in infrastructure.

DKM’s analysis shows that there is only €350million per year up to 2021 to invest in new infrastructure projects. Whilst the figures quoted in the Public Capital Programme are vast, the proportion that is spent on new productive infrastructure, for example, roads, rail, broadband, schools, hospitals is reducing each year.  DKM’s estimates of the amount of additional funding available (€350m per year up to 2021) could be absorbed by just one of the critical strategic projects that needs to be undertaken.”

Amongst the recommendations made in the report, the CIF calls on the government to ensure that public capital projects are prioritised with reference to rigorous cost/benefit analyses and with greater cognisance of social, environmental and economic needs. 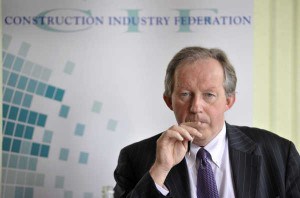 Tom Parlon said: “An increasing amount of the Public Capital Programme is spent on maintenance of significantly depreciated stock and 40% of the ‘capital’ is not being spent on productive or social infrastructure ie. roads, rail, schools.

Increasing infrastructure investment is imperative for the sustainable and balanced development of Ireland’s economy and society. The Irish population has grown by 30% in one generation and our economy was the fastest-growing in the EU for the last four years. However, capital investment has reached a long-term average low of around 2 per cent GDP since 2008; down from 5 per cent throughout the early 2000s. Ireland is now the bottom-ranking EU country in terms of capital investment, and successive EU Commission reports have highlighted infrastructural deficiencies as a threat to Ireland’s long-term growth.”

The Enhancing Ireland’s Infrastructure report calls on the government to increase infrastructure investment through:

Ireland’s economy and population are among the fastest-growing in the EU. The underlying general government deficit has fallen from a peak of 11.5 per cent in 2009, to a projected 0.4 per cent in 2017. GDP growth in 2016 was 5.2 per cent: the highest rate in the European Union. GDP is projected to grow by 4.3 per cent in 2017. However, a decade of underinvestment has resulted in shortages of accommodation and inadequate infrastructure.

Ireland’s current capital expenditure ratio is about 10:1 – in other words, we spend 10 times as much on day-today spending as we do on investment.

Each billion euro invested in infrastructure yields almost 12,000 construction jobs, and generates around €1 billion in the domestic economy. These figures are calculated before improved connectivity, quality of life and attractiveness to foreign direct investment is taken into account.

The OECD has identified global best practice in strategic infrastructure planning, which provides useful insights into how one might develop the approach to long-term infrastructure investment planning in Ireland. The common thread in a number of jurisdictions, most notably in Britain, and Australia, is the move to depoliticise the process by establishing independent statutory bodies with a mandate to progress and prioritise national infrastructure. These bodies also deal with the reforms needed to address infrastructure gaps.

Infrastructure Australia publishes a list of projects that are under construction, ensuring progress on all projects on the Priority List is tracked through to completion. Initiatives are proposals that have been identified as having potential to address a nationally significant problem, but which require further development and rigorous assessment to determine if they are the most appropriate solution.

Infrastructure Australia’s Assessment Framework methodology involves a rigorous evidence-based process to inform better infrastructure decision-making.  The Audit is intended to define the problem that needs to be addressed, following which a range of early project development studies and consultations are undertaken to ensure that the right infrastructure solution is selected, and that community benefits are maximised.

In the UK, there is a National Infrastructure Commission (NIC) which provides the government with impartial, expert advice on major long-term infrastructure challenges. The Commission has been operating in interim form since October 2015 and was established permanently as an Executive Agency of HM Treasury on 24 January 2017. It describes itself as ‘forward-thinking’ as it takes a strategic approach, linking “long-term priorities with short-term action and considers infrastructure as a system, not as a collection of silos.”

There are two stages involves in developing the UK’s long-term infrastructural needs: Firstly, the NIC will determine a ‘vision’ of the UK up to 2050 to identify long-term needs and highlight priority areas for action in the medium-term.  This report will be published in summer 2017.  The NIC will publish a National Infrastructure Assessment in 2018 which will contain its final conclusions and recommendations on the UK’s infrastructure needs and priorities to 2050. The Government will be required to respond to the recommendations made.

As with Infrastructure Australia, the British NIC’s focus is on productive infrastructure only and long-term social infrastructure needs are outside the scope of its remit. The NIC’s remit, however, does include consideration of the demand and supply of infrastructure services and assets, and approaches to demand management that enables more effective use of existing and new assets. This includes the adoption of new technologies to track performance and reduce cost.