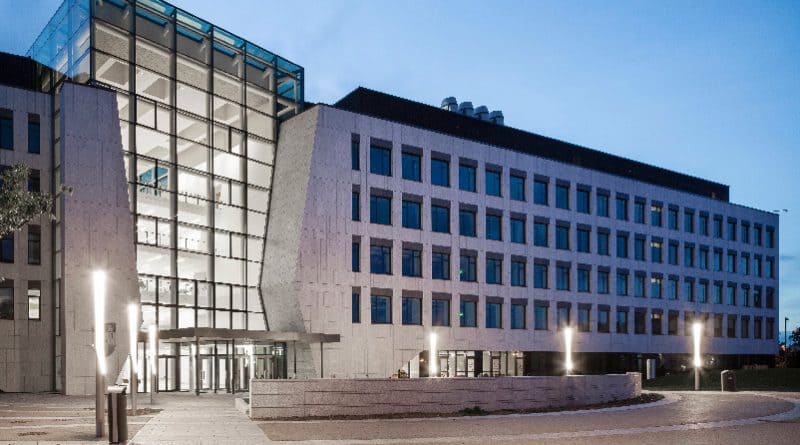 As the Irish construction industry evolves to embrace regulatory changes and new innovations in technology the role of the architect has never been more important. Present at all stages of the design, planning application, procurement and construction process, architects are well placed to comment on the challenges facing the industry in the coming years, and the possible solutions to combat them. Irish building magazine sat down with David Browne and David Petherbridge, directors of renowned architectural firm RKD to talk about the future of the Irish construction industry, and the innovations we are embracing.

With international political and economical factors causing concern throughout the sector at present, David Browne believes that their impact may not be as severe as we may initially have thought. “One of the things we’ve been talking about is that it was interesting last year from the end of June through to the end of November we felt that there was a plateau or even a drop in the enquiries for architectural services” he tells me from his Dublin office. “We feel that people were pausing, taking into account things like Brexit and Trump and decisions didn’t seem to be getting made. Now we are finding that a pick up began in December and has continued since, so the flow seems to be back on, as it were.”

This pause, says David Petherbridge, is down to the cyclical nature of the Irish construction industry. “The signs at the moment are that enquiries will continue at a reasonable pace,” he attests. “Here in Ireland we seem to be a little bit more susceptible to outside factors within the construction industry. Factors like Brexit, Trump, and interest rates hikes or other regulatory factors have a huge effect on the industry. We tend to have a wobble, take stock of it and then begin again.” The real concern, says Petherbridge, is timing. “I think that in previous cycles we would have had a lot more confidence that when a project started, it would move through its various stages in a reasonably continuous way through until the very end,” he says. “Projects that we would commence at the early sketch design phase would proceed through planning, tender and through to the construction process in a straight line. Now it’s less certain how long it might take to get that project through to site. There are more parties such as overseas funders involved in projects now than in previous cycles and approvals to proceed to each project milestone take longer to obtain.”

The drawn out nature of the phasing of construction projects has gone all the way through the industry, says Petherbridge. “We are finding there is less certainty about when a project is going to get to the construction phase. From our perspective, this can be quite challenging because we are moving resources around and trying to keep everybody going in the same direction. There is a general optimism that the economy and the construction sector are growing and developing and that the industry is moving on again but the challenges come from the uncertainty of the process we have to move in to get there.”

The main challenge to the construction industry as a whole, says David Browne, is planning. “It has become quite a blocker in terms of taking a project from its inception through to when you would start to produce the tender documents,” he explains. “There is an uncertainty there because for example if a project goes to An Bord Pleanála there is no actual date by which they have to make a decision, and that makes it harder for a developer to plan. The developer will have spent money on purchasing the site and the design team and a delay in getting the planning permission slows things up. It would be a great benefit if the efficiency of our planning system could be improved. We are a very forward thinking economy, and attract great FDI but I think we need to improve very much on that end in order to progress further.”

The reaction to the delays in our planning process has garnered reaction from RKD’s overseas clients, says David Petherbridge. “There is a good deal of surprise amongst our overseas clients and even the funders of projects here in Ireland that third parties don’t necessarily have to have a direct involvement in a project to make a planning appeal. They really just can’t understand that. A better system is needed that allows all interested parties to have their inputs into the planning and development process at the right time. In our opinion, this should be focused on the Development Plan or Local Area Plan stage rather than on the planning application stage, with the exception of directly affected third parties such as adjoining owners. We believe that properly addressing this issue would be a great benefit from an overseas and inward investment point of view.”

The devil of the industry is its cyclical nature according to Browne. “It’s almost a seven year cycle of ups and downs, and it would be great if some planning could take place to try and regularise that,” he says. “We have previously had the national development plans which were well managed and made huge contributions to the country and I would see that management of the current and future capital investment plans is key to trying to help build a further improved platform for the economy.”

The projected population growth for the next 20-30 years is another topic raised by Browne. “We had our national spatial strategy published in the early 2000s which has now run its course. The Government is in the course of producing a new National Planning Framework and the sooner that is produced the better because the growth of the population that is projected is quite considerable and we need to figure out where to put the people. I don’t think it’s feasible to continue to grow Dublin in the low-density manner that has been the case for many decades. We need to look at a more realistic concentration of where people live, the services and amenities that they need and the infrastructure needed to support this. In addition, there is a real need to address how other major cities like Cork, Limerick, Galway and Waterford are going to be sustainably grown and how they will be linked in an economically coherent manner.”

The industry-wide adoption of BIM Level 2 will be a major shift for the Irish construction industry, and as chairman of the Construction Industry Council, David Browne is well placed to comment on the challenges within the industry as something that we need to come to terms with before a mandate comes into effect. “The CIC appointed a BIM subcommittee last year and that has representation from all of the CIC members. They are working together to make a recommendation to us regarding a common digital framework and suggest a time frame for the adoption of Level 2 BIM. As well as there being a CIC BIM Committee there is also The National BIM Council committee who we need to liaise with in order to figure out the appropriate timing of rolling this out”. Browne says that time and finance are the greatest challenges for BIM adoption in the SME market. “The bigger architect firms, engineers and contractors are in a position to embrace it, but the biggest issue is how to assist the small and medium firms in adopting this new approach to design and construction documentation. At the moment BIM is expensive both in terms of finance and time in order to bring people into the system. Bigger firms can absorb it but it becomes much more difficult for the smaller firms because of the relative size of the commitment.”

David Petherbridge says that opening up the software market in terms of BIM suppliers is essential to the successful adoption of the technology. “The Government need to be very careful in mandating that all construction projects need to run on a BIM platform when there isn’t yet sufficient supplier choice providing price competition on the software systems needed to deliver BIM,” he says. “They may have to provide financial incentives to subsidise the cost in order to open the market to the maximum amount of practices for example. There is a very dominant BIM software supplier in the Irish market, which means that not every company can afford to adopt BIM and this can make it very difficult to work in a collaborative way across a multi disciplinary team. Autodesk have a very dominant position globally and other software providers find it challenging to penetrate that market. What that means is that financially, it is extremely expensive to supply BIM per seat in a company.”

The adoption of BIM Level 2, says David Browne, is inevitable, but we need to look to our neighbours in the UK and the Netherlands in order to fully inform ourselves about and prepare for challenges down the line as they have managed to advance the BIM process a little ahead of us with a Level 2 Mandate already in place. “Ultimately we do need the Government mandate as in the UK because the Government is the biggest client between building and civil works. I would think it’s probably going to be a two to three year timeline to bring it about. It will be beneficial for the industry but looking to the UK, while they are further down the line than us, they are still experiencing the same challenges that we are facing.”