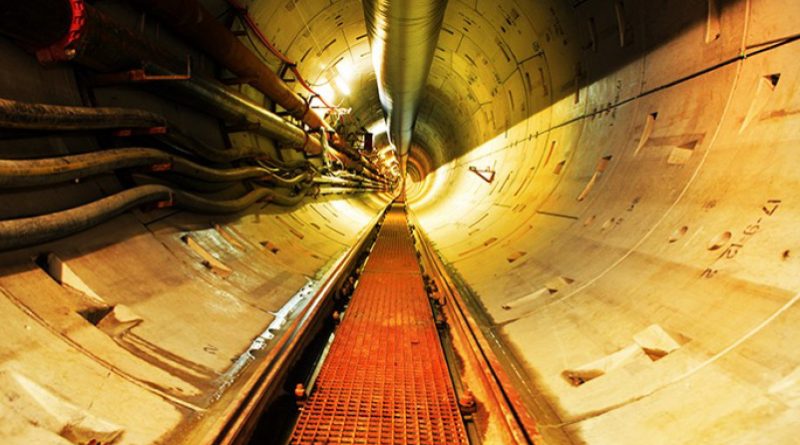 The Corrib Onshore Gas Pipeline has been voted Engineering Project of the Year at this years Engineers Ireland Awards.

The Corrib Gas Field, approximately 83km off the coast of Mayo, has become a critical piece of national infrastructure that will produce much of Ireland’s future gas supplies over the next 15 to 20 years.  It is one of the largest infrastructure projects in the state’s history, costing approximately €3.5 billion and will contribute some €6 billion to Ireland’s GDP.

The project was undertaken by Shell E&P (Ireland) Ltd, RPS Group Ltd, Roadbridge Ltd, BAM and W&F JV and won out in the flagship category of the seventh annual Engineers Ireland Excellence Awards, held in association with ESB, at a ceremony in the InterContinental Hotel in Dublin.

Speaking about the complex nature of the project, PJ Rudden, RPS director and a Chartered Engineer, said: “The Corrib Onshore Gas Pipeline was an extremely challenging project from the outset requiring the management of a diverse range of specialist expertise to produce major deliverables within extremely demanding timelines.  These related to alternative pipeline corridors, alternative community engagement and involvement, environmental impact assessments, logistics management and construction issues.

“Ultimately, the Corrib initiative was a huge infrastructural undertaking that involved cutting-edge engineering expertise, from planning through to construction and operation, that has been delivered to the highest standards and within very tight time lines.  On behalf of my project colleagues, let me just say it is extremely pleasing to have our efforts recognized by Engineers Ireland judges and the public vote,” Rudden added.

The Engineering Project of the Year is voted for by a panel of judges and also by the public.

In other award categories, Italian Marcello Corsi, who leads the track design department of Transport Infrastructure Ireland, won the prestigious ‘Chartered Engineer of the Year Award’ for his innovative work relating to track design for the Luas. The ‘Local Authority Engineering Initiative Award’ was jointly given to The Returning Vacant Properties to Productive Use – 2014 to 2016 project by Cork City Council, and The City Quays initiative, by Limerick City & County Council.

Pat O’Doherty, ESB Chief Executive, said: “I would like to congratulate all of the winners of this year’s awards.  So many of the projects not only address a functional or commercial challenge, but wider societal issues.  Whether it is climate change, food production or enhanced healthcare, engineers have an extremely important role to play in society.  That’s why it is so important that we continue to promote engineering as a career choice and that we focus on diversity as a way of bringing new talent into the engineering profession.”

The Design and Construction of the Rosie Hackett Bridge, by Tony Dempsey and Joe Kelly, both of Roughan O’Donovan Consulting Engineers, and Philip Brown, Graham Engineering, won the ‘Best Presentation Award’.  Culfadda Bridge Conservation Repairs, by Sligo County Council, won the ‘Heritage and Conservation Award’ while PM Group won the ‘CPD Employer of the Year Award’.

Speaking at the awards ceremony in the InterContinental Hotel Dublin, Caroline Spillane, Engineers Ireland Director General, commented on the vast array of engineering talent that had gathered for the flagship awards ceremony.

“The engineering profession is the real winner of this year’s awards. We in Engineers Ireland are delighted to showcase and celebrate the incredible achievements of some of the best engineering talent in the world.  The projects and individuals who have been honoured highlight the true creative talent and innovation within the profession.”

Also honoured were Michael Phillips, who was presented with the ESB ‘Outstanding Contribution to Engineering Award’, Anthony O’Neill, who received the ‘International Engineer of the Year Award’, and William Egenton of Dromone Engineering who won the ‘President’s Award’.  Colm Morley, Shane Timoney, Caolan Treanor and Conor Walsh of Sligo IT, who won the Siemens ‘Innovative Student Engineer of the Year Award’ in June, were also recognised at the event.

The full list of winners by category from the seventh Engineers Ireland Excellence Awards included:

Chartered Engineer of the Year Award, sponsored by Arup
Innovative Track Design for Urban Railways – the State of the Art on Luas by Marcello Corsi

Continuing Professional Development (CPD) Employer of the Year Award, supported by the Department of Education and Skills and sponsored by Enterprise Ireland and IDA Ireland
PM Group