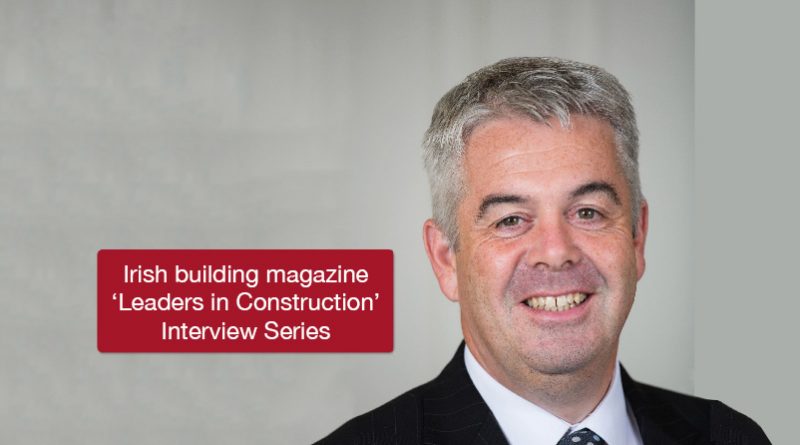 “The KPI for any client relationship is repeat business. Down the years we have developed excellent relationships with key longstanding clients from both the public and private sectors. We have always adopted and nurtured the partnership approach with every client. We have found that this approach yields positive results for both parties.” So says Conor Gilligan, Managing Director of Roadbridge, a company that is widely regarded as one of the leading companies within the Irish construction industry.

It has been almost fifty years since international heavy civil engineering contractor Roadbridge (then Pat Mulcair Civil Engineering) took its place in the Irish construction industry, and since its beginnings, it has stuck to its core principles of value engineering and innovation that are as true today as they were back in 1967.

Today, Roadbridge specialises in the delivery of major infrastructure such as motorways, bridges, gas pipelines, water and sewage infrastructure, reservoirs, commercial developments, sporting facilities and wind & energy projects. With headquarters in Limerick and offices in London, Glasgow, Cardiff, Muscat, Doha, Perth and Noumea, it currently employs in excess of 700 people worldwide. Having endured the recent economic downturn, 2015 saw revenues at  €135m with a significant increase forecasted for 2016. Conor Gilligan is extremely proud of the company’s accolades. “Two of our more notable achievements came in 2005 when we became the first ever company from the construction industry to win the Supreme Award for Occupational Health & Safety on the island of Ireland. In 2014 we won the Q Mark Award as the best company in Ireland for quality management systems.”

The Roadbridge team have a sole mission when it comes to approaching projects, and that is to not only meet client’s expectations, but to exceed them. This can be seen in the long-standing relationships with corporate giants like Shell, where it has been the main contractor on the Corrib Gas Development project, Total E&P on the Shetland Islands and delivering the majority of the national gas grid to Bord Gais Eireann. It has been responsible for delivering over 250km of the nation’s motorway infrastructure whilst working with the National Road’s Authority (TII). Their work is extremely varied, Conor explains. “We were involved with the largest on-shore wind farm in Europe at Whitelee, Scotland, the Limerick Tunnel, A477 carriageway in South Wales and a 47m cubic metre tailings pond at the Goro nickel mine in New Caledonia. We were also responsible for the delivery of four golf courses at Fota Island, Adare Manor, Dun-Laoghaire and Killeen Castle. We are currently awaiting the commencement of the new Circuit of Wales Moto-GP track at Ebbw Vale in JV with FCC of Spain.”

How has Roadbridge navigated the last ten years in an uncertain climate? “Since 2008 the internationalisation of Roadbridge has been to the forefront of our business strategy. The main objective has been to replicate the standards and procedures that have served us well over the last forty-nine years in a foreign environment. Another change to our traditional business model has been in our very successful alliance with Colas where we were awarded an initial five year contract by TII for the operation and maintenance of a significant part of the nation’s motorway network.” The company is currently working on the construction of the M17 Gort to Tuam PPP Motorway, which will mark Roadbridge’s third PPP project. They continue to work with BGE in Wexford and have recently been awarded the Belmullet Sewerage Scheme in Co. Mayo and are building wind farms at Glencarberry, Co. Tipperary, Tievenameenta, Co. Tyrone and the Galway Wind Park at Moycullen. International business continues to come calling. “We continue to expand our business in the UK with projects in Cambridge and Langley Court in the greater London area, while Scotland continues to be a busy market for us with various projects in the energy sector. Other markets where we currently have contracts include Qatar and New Caledonia.” 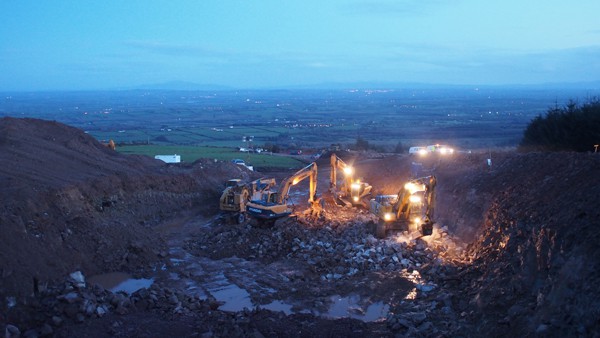 While there are reports of a strong recovery in the market, Conor Gilligan is adamant that certain things need to change in order to ensure that past mistakes are not repeated. “During the boom years, entry to the industry was too easy,” he says. “Many could freely choose to be an employer rather than an employee and unfortunately some weren’t equipped to be employers. As a result we saw some very sad cases whereby employer deductions for social insurance, PAYE and pension contributions, in addition to VAT, subcontractor tax and corporation tax were not paid over to the relevant authorities. I fully acknowledge that everyone sets out in business with the best will in the world, however if they don’t have the ability nor the experience to ensure that finances are properly managed it can lead to situations as outlined above. Increased regulation will assist every member of the industry if properly implemented.”

There always has been and always will be ‘below cost tendering’, says Gilligan. “This strategy defeats everybody, from the client to the contractor to the subcontractors and the creditors,” he says. “Again, regulation should allow for tender comparisons to dictate what the correct price should be in addition to a robust quality scoring system. From what I have seen to date I would be of the view that the banking industry has supported construction. We tend to hear more of the bad news over the positive stories. Banks cannot be expected to lend to projects where the risks outweigh the benefits. The recent PPP projects in Ireland are testament to their support of the industry.” 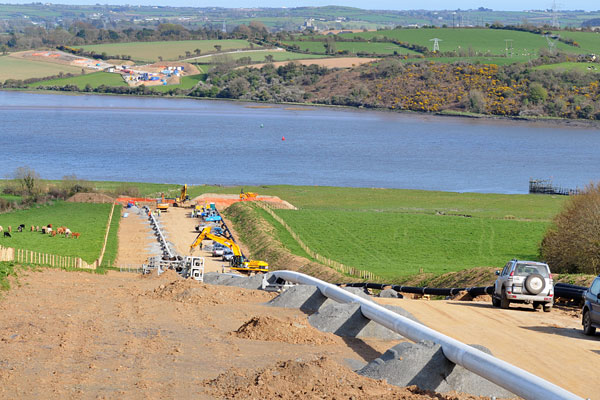 What would Conor Gilligan and Roadbridge like to see from the new Government? “In order to give more stability to the industry I would like to see a multi-annual budget be announced for the Industry. This has worked well in years past, in particular with the construction of the motorway network.” He points to regulation with regard to pay and conditions for construction workers as an essential requirement from Government. “The 2013 ruling by the Supreme Court which deemed the Registered Employment Agreement as unconstitutional has not been a positive development for the industry. It has led to new employees in the industry being paid the statutory minimum wage with little extra entitlements that were a standard for construction workers traditionally. I would welcome the appointment of a Minister for Construction not only to regularise this situation but also to ensure that the industry receives the necessary government support on an ongoing basis to deliver the nation’s infrastructure needs.”

What, according to Conor Gilligan is at the core of Roadbridge’s corporate culture? The answer is simple. “Health and Safety is paramount to the operation of our business. It is the single most important ingredient of what we do. Over the years we have developed a safety culture that all staff take ownership of. We believe that any accident is a management failure and that zero accidents is possible.”

In an industry that has endured an extremely difficult period recently, industry leaders like Roadbridge are a shining example of identifying their strengths, and capitalising on them. The company has excelled across many different sectors, both in Ireland and abroad, but their ethos remains the same. A client-centric approach is at the heart of what Roadbridge offers, and under the current management, it looks set to enjoy a period of growth over the coming years. “Over the next five years we hope to consolidate our position as a leader in the heavy civil engineering markets that we have established ourselves in over the last number of years,” he says. “I am confident that the lessons we have learned from the very recent difficult market conditions has galvanised us as we look forward to a period of controlled expansion in our domestic market.”