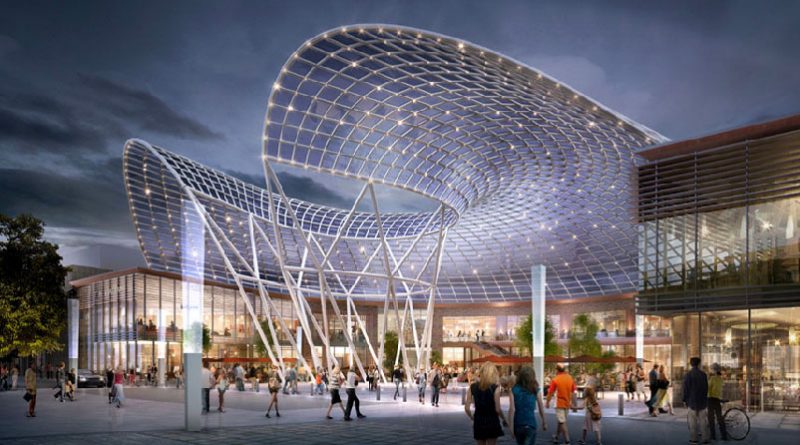 Hines, as asset and development managers, has welcomed South Dublin County Council’s decision to grant planning permission for the expansion of one of Ireland’s best known shopping and leisure destinations at Liffey Valley in West Dublin on behalf of its co-owners*.

Planning permission has been granted for an additional 22,000 sq. m. net retail space together with a mix of other uses. Plans include a transformation of the Centre’s civic spaces with the addition of a major new public space equivalent to a typical European-scale Urban Plaza. Approval has also been given for the building of an Olympic standard ice arena with capacity for 2,500 spectators, capable of hosting international ice skating competitions, ice hockey matches and ice entertainment performances. The Council has chosen to remove a proposed multi-storey car park as part of the permission to Grant.

Responding to today’s announcement, Brian Moran, Senior Managing Director of Hines Ireland said: We are absolutely delighted that planning permission has been granted for the expansion of retail space; a major new civic plaza and a 2,500 seat Olympic-sized indoor ice arena.  We now have a visionary plan approved which will redefine Liffey Valley as both a shopping and retail experience and also as a leisure and recreation destination.  Today’s decision is a welcome endorsement of our aim to ensure strategic forward planning and the sustainable development of Liffey Valley into the future. For the past two years, we have been developing a new vision of Liffey Valley via a series of works in the Centre itself and the new Western End extension. This new additional public space will provide an additional mixed leisure entertainment, commercial and retail extension creating an active public environment, which fully resonates with the local community.It is clear that the Local Authority has supported the overall scheme by approving the retail, leisure and public realm elements, but we note that at this stage it still has reservations about aspects of the parking adjacent to the ice arena. We will now review the basis for the omission and work towards an improved solution as soon as we can. Already a leading employer and contributor to the local community, this new project will strengthen Liffey Valley’s role in the local economic development of West Dublin over the next decade.”

Earlier this year, detailed studies commissioned by Hines predicted that spending and population growth in Liffey Valley’s catchment will outstrip growth in supply over the next five years, demonstrating the need for new retail space in West Dublin in the coming years.

As part of this application, Hines Ireland initiated an architectural competition to come up with a world class design for the proposed new retail and leisure spaces at Liffey Valley. The US architects RTKL were selected having devised a visionary design which envisages transformative new civic spaces being added to the existing building at Liffey Valley.