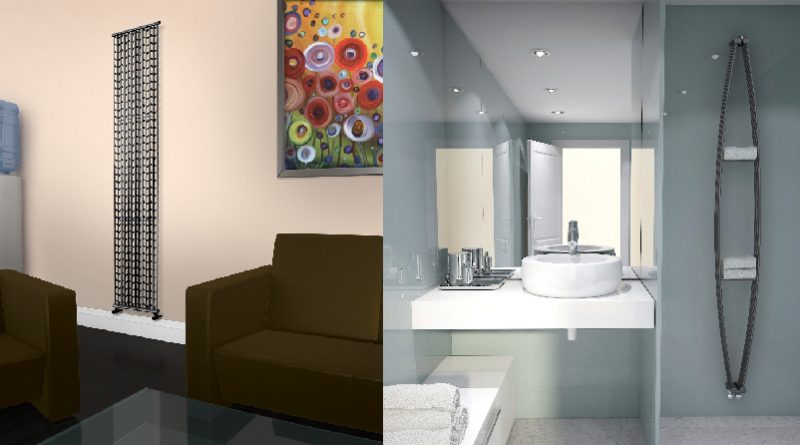 There’s a leading name in the heating sector that has been providing quality radiators and towel rails across the UK and Ireland in all price brackets. The combination of high quality manufacture, reliability, ease of installation and countrywide availability has always set Stelrad radiators in good stead and now it’s developing a new stance – particularly with radiators targeted at the bathroom and the kitchen.

One of the major trends in the radiator marketplace is the selection of standout radiators that make a statement in these two vital rooms in the home. Not for most homeowners the same radiators that are used in all the living and bedrooms, but a special radiator – a decorative or designer radiator – that adds to the ambience and says something about the rooms in which they are mounted.
Stelrad has offered a range of decorative and designer radiators for the bathroom and kitchen for many years but with the recent launch of its new Aqua Series, it is taking this increasingly important marketplace head on.
Stelrad believes that a radiator shouldn’t simply be functional, it should add aesthetic appeal to the room in which it is installed, so now it is offering a range of highly reliable, high performance, good looking radiators to grace any bathroom or kitchen under its Aqua Series branding.
It is offering within the Aqua Series, specially selected products for kitchen and bathroom’s, firstly, its Decorative collection – five stylish yet cost effective radiator designs and secondly, its Designer collection – six product options that help the homeowner looking for an individual statement radiator that delivers distinction to a room as well as warmth and comfort from the performance levels associated with it.

The Decorative collection includes the classic towel rail, the STR towel rail, the hugely popular Caliente and Concord towel rails and the ultra-slim Esprit.
The Designer collection welcomes the Vertical Ultra – a vertical version of the top of the range Vita Series radiator range, the part screen, part radiator Excel, the beautiful Arc and Wave designs with precision curves and fine tubes, Vistaline – an elegant design with its neat, slim tubes, Ellipse featuring its C-shaped tubes and the ever popular Optia range featuring its unique shelves for stacking towels.

Marketing Manager Chris Harvey says the company has always offered specialist radiators for kitchens and bathroom’s, but the launch of the Aqua series signifies a change in attitude to this sector: “If there was any doubt, there shouldn’t be now! It’s a sector we’re targeting and one we want to see significant growth in, over the next twelve months,” he says. “We have some stunning products and it’s a range we see growing with additions over the months and years ahead. The popularity of the Caliente and the Concord towel rails has made us realise that it’s a sector we need to be taking on and leading in, rather than simply participating in, so we’re planning a significant push on these products as we head into 2016.”
The new Aqua Series brochure can be downloaded from the Stelrad web site at www.stelrad.ie