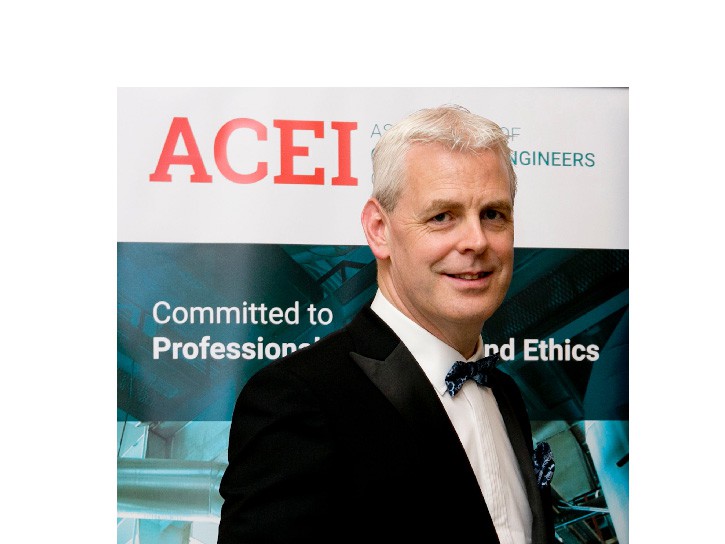 Kevin is the first Irish person to be elected to this prestigious position. Kevin will officially take over as President of EFCA in June 2017 for a three year term.

EFCA is the sole European federation representing the consulting engineering industry and related services. It has member associations in 25 countries, which employ over one million staff and provide €150 billion worth of engineering services per annum.

Kevin’s first involvement with EFCA began in 2005 as a representative at the European Construction Safety Forum. He was later a member of the EFCA Working Party on the Temporary and Mobile Sites (Health & Safety) Directive 92/57 from 2007 to 2009.

In May 2014, Kevin was elected to the Board of Directors of EFCA. As a member of the Board of EFCA, Kevin represents the interests of Irish Consulting Engineers in Europe. Significant pieces of European legislation and directives are implemented in Ireland that effect the domestic construction industry. Therefore it is critical that the impacts of such directives on Ireland are considered and addressed at draft stage prior to implementation.

Kevin is also the board representative on the EFCA External Affairs Committee. This committee provides a liaison forum with the World’s donor funded agencies such as the European Bank for Reconstruction and Development and the World Bank. His specific role on this committee is to represent the interests of SME’s in securing projects from these agencies.

Kevin is the immediate past President of The Association of Consulting Engineers of Ireland (ACEI). He is also currently a member of the Construction Industry Council (CIC) of Ireland. The CIC is a representative body of the six largest construction bodies operating in Ireland. The overarching aim of the CIC is to deal with issues of common interest for the construction industry and to act as the cohesive voice for the sector on high-level policy issues through stakeholder engagement.

Kevin is CEO of GARLAND, an Irish consulting engineering firm providing a full range of civil and structural consulting engineering services. They also offer specialist services in construction safety management and project management. Through their sister company, Shannon International Development Consultants, the group provides economic development consultancy services specialising in the development of special economic zones around the World. With offices in Dublin, Limerick, Waterford, Jeddah and Riyadh, the group have worked in over 30 countries worldwide.

A highly experienced project director, Kevin has successfully completed hundreds of industrial, commercial, healthcare and educational projects around the world. Most recently he successfully acted as Project Director for the preparation of an economic feasibility, business plan and master plan for a new 3.6 million sq. metre Bonded and Re-Export Zone in King Abdullah Economic City in Saudi Arabia. The project is currently at the detailed design stage.