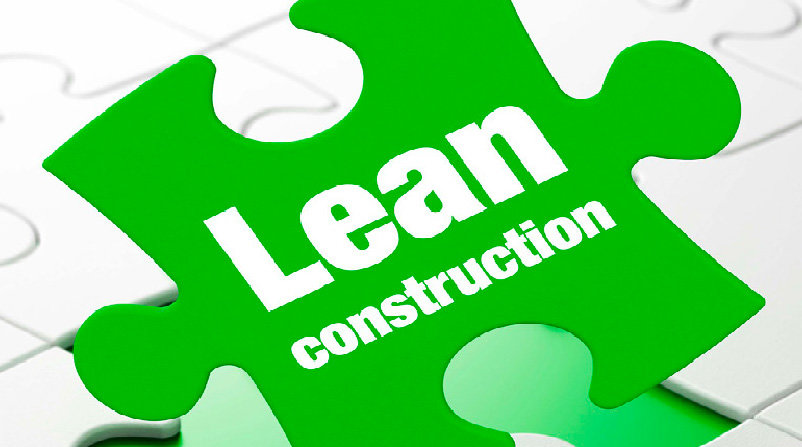 Lean has been in the construction industry since the early 1990s. Since its introduction it has been written about and talked about in both industry and academia. Here we explore the origins of Lean, its popular literature, and how it came to Irish construction, and its potential.

Lean can be originally traced to Toyota in 1950s Japan. Toyota’s goal was to produce cars of the best quality, at the lowest cost and with the shortest lead time through the elimination of waste. The Toyota Production System started to become popular during the oil crisis of 1973.

The term “Lean” became popular in the 1980s and 1990s. “Lean production” was a term invented by John Krafcik, an International Motor Vehicle Program researcher at MIT, as Lean production uses less of everything compared with mass production, requires keeping far less inventory, results in fewer defects, and produces a greater and growing variety of products. The Machine that Changed the World, published in 1990, is credited for originally identifying/popularising “Lean”.

Lean is often defined as “maximising value, while minimising waste”. Lean does not have an agreed definition, it has numerous, e.g. the aforementioned and a way to do “more and more with less and less”, this is the subject of discussions between academics, and professionals. Not having a specific definition has not stopped Lean from being successfully applied in motor manufacturing. Lean eliminates waste.

The Toyota Way, published in 2004, identifies the seven wastes of production, and adds an additional one, “unused employee creativity”:

Literature exploring the Toyota Production System, Lean as a philosophy, Lean as a strategy, and shop-floor Lean tools can be easily found. Apart from motor manufacturing and on-site construction projects, Lean has been widely reported in literature, with a focus on a variety of sectors: building materials, product manufacturing, food, healthcare, education, computer software, and public sector.

Lean expert Alan Mossman suggests these benefits of Lean are backed by research:

Other new Lean principles are:

This literature includes books which were either seminal works or significant in research literature.

The report Rethinking Construction, published in 1998, examined the scope for improving quality and efficiency within British construction. Over the past sixty years several reports were commissioned, with the aim of reviewing performance and recommending improvement. Due to the number of British construction reports, and the popularity of the English language, the reports have had international influence. Construction industry productivity has been declining over the past forty years, and one approach for improving productivity is Lean. Lean has evolved from Toyota, and gone beyond shop-floor application, and the distinction between strategic Lean thinking and Lean production at operational level is critical in understanding Lean.

In exploring the transfer of Lean to construction there needs to be a discussion on aspects of the Lean approach, namely whole-life value and identifying waste. Lean does not mean building as cheaply as possible with quality suffering as a consequence. Success stories on the application of Lean are common in international construction, though open-access documentation is often weak or absent, possibly due to the sensitivity of information.

Lean Construction has become well-established in some countries, although there are mixed views on interpretation, with continuing development in debating, understanding and practice. There are numerous examples of the application of Lean in the international construction industry. Large contractors, developers, and consultants now have in-house Lean managers or offer Lean consultancy to clients. The manufacturing industry is selling its skills to construction; Porsche offers management services under the subsidiary name “Porsche Consulting”. Lean is being deemed the philosophy required to reduce waste in nations’ construction industries, as well as being the philosophy used to assess the efficiency of companies throughout construction.

It could be said that wherever a company or individual has tried to maximise value while minimising waste, a form of Lean has been present. This was evident in the past, whereby waste of time, materials, and money was eliminated by good management.

Lean is a relatively new concept, in theory, in Irish construction. It seems from literature and communication within industry, that concepts discussed in theory in academia, and their benefits explored, are often received sceptically in the industry.

Irish interest in Lean Construction increased over the past decade. The Lean Construction Institute (LCI) Community of Practice (CoP) in Ireland was launched last year to raise awareness and to show how the members can implement Lean. Since 2009, Enterprise Ireland has offered training and consultancy supports to help companies adopt Lean practices. Since 2013, the Construction Industry Federation has offered its members a ‘Lean Healthcheck’. In 2013, Forfas described Lean as having potential to enhance construction productivity. Presently, research is being undertaken in Irish academia and in the construction industry by private organisations. Large contractors have adopted Lean practices, and these have been the topics of Irish building articles. More open-access research and persuasion is needed to convince sceptics.

Irish building magazine has covered Lean over the past year. There is significant interest in Lean in Ireland, and it will be interesting how this progresses. Lean easily integrates with Building Information Modelling, and Lean and Green Construction are mutually beneficial philosophies. BIM leaders regularly champion Lean with BIM. CitA has interests in combining BIM with Lean, and Green. Lean research in Ireland is growing.  Those interested in Lean can see the section dedicated to it on the Irish building website, and there are articles in past magazine issues.

Construction, can be slow to adapt to new ideas. Literature has shown criticisms of Lean, specifically when it is faced with the traditional approach to construction management and the territorial nature of construction. Lean can change this, considering the level of interest it is attracting from industry leaders. It faces resistance from ‘the way things were always done”.

This article gives a basic understanding of Lean. We will unpack some of the terms used in this article in future issues. This article first appeared in Irish building magazine. The contents of this site are subject to copyright laws and may not be reproduced in any form without the prior consent of the publishers. The views expressed in articles do not necessarily represent those of the publishers.