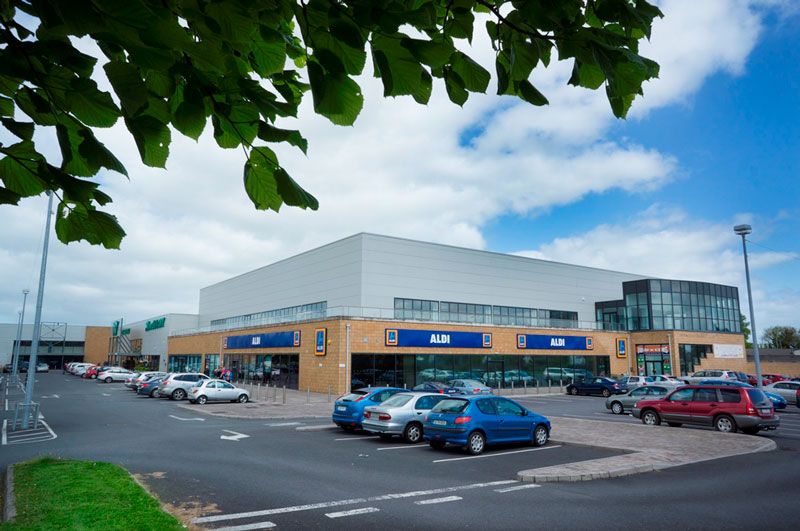 A prominent purpose built retail warehouse scheme in North County Tipperary comes to the market today through the launch of Nenagh Retail Park.

On behalf of Duff and Phelps as Receiver, Savills is seeking offers in excess of €2.6 million for the retail park which provides significant asset management opportunities to increase the investment return. Pricing at the guide level offers an income yield of approximately 9% today which is set to increase to over 10% as terms are currently agreed to lease one of the vacant retail warehousing units.

Nenagh Retail Park was developed in 2006 and comprises 7 modern, purpose built retail warehouse units. In total, the retail park scheme extends to approximately 158,000 sq. ft. with over 400 surface car parking spaces. Also included in the sale are two neighbouring sites totalling approximately 3.1 acres, which offer future development potential, and a light industrial unit to the rear of the retail park. The larger of the two development sites, which extends to approximately 2.4 acres, was originally earmarked as a nursing home facility, while the smaller site of 0.7 acres was designated for a car showroom as part of the original master-plan for the scheme.

Nenagh is the largest county town in North County Tipperary and has evolved into an important focal point due to its strategic location and proximity to important transport links, in particularly the M7, the predominant arterial route linking Dublin to Limerick.

The immediate area is set to benefit greatly with the recent announcement that the global payment technology solutions company First Data will soon be establishing a research and development centre in the headquarter office premises located on the same complex within 300 meters from the retail park which will create 300 new jobs for Nenagh.

The retail park is anchored by Woodies DIY (guaranteed by parent company Grafton Group plc.) who account for over 43% of the current total rental income which is approximately €240,000 – this rent is set to increase to over €290,000 as letting terms are now agreed on one of the currently vacant retail units. Woodies lease is not due to expire until 2031 with their next break option in approximately 5 years’ time. The prominent owner-occupied Aldi store situated next to Woodies also helps to increase footfall to the scheme. Other occupiers within the retail park include Expert Electrical, World of Wonder, Jump N Gyms and Slattery’s Tiles.

At an attractive guide price in excess of €2.6 million, the property is significantly below replacement costs and offers ample scope to increase revenue streams through leasing the remaining vacant units, re-gearing existing tenancies along with future development on the two sites.