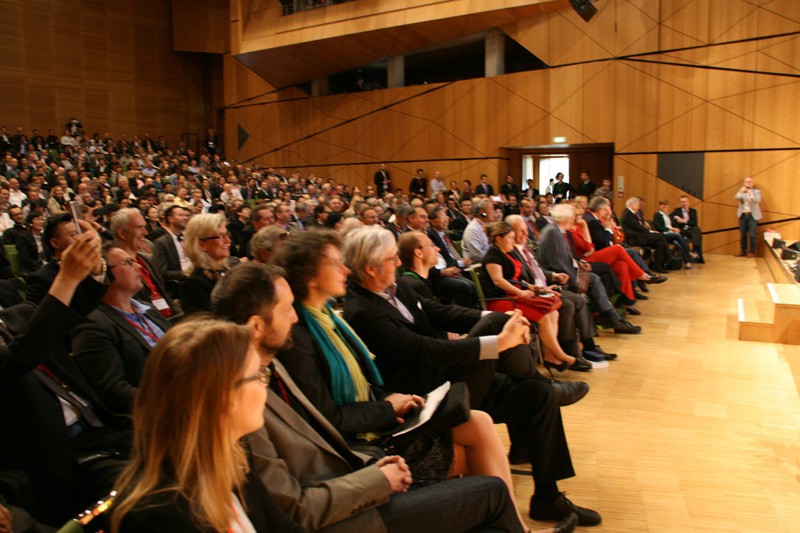 A tried and tested solution is already available for buildings of the future: the Passive House Standard combines maximum efficiency with optimal comfort.

How this works, was demonstrated by experts from all over the world on 22 and 23 April during the International Passive House Conference in Darmstadt. This event also marked an anniversary: 25 years ago, the world’s first Passive House building was built just a few kilometres away from the congress centre – and a brand new study, presented at the Conference, proves the sustainability of the concept.

Several tens of thousands of buildings throughout the world – whether new constructions or retrofits, detached houses or office towers – have met the criteria of this highly energy-efficient standard. “What started as an experiment 25 years ago in our city has now become an integral part of international construction activity,” said Jochen Partsch, Mayor of Darmstadt. “We are therefore very pleased that in the year of its anniversary the Passive House Conference returned to the place where this success story originated”.

[pullquote] “Over a third of the energy consumed in industrialised countries is used for building operation, mainly for heating and cooling. With the Passive House Standard, this consumption can be reduced by about 90 percent,” said Dr. Wolfgang Feist, who built the first Passive House building. Prerequisites for this include an excellent level of thermal insulation, triple-glazed windows, a ventilation system with heat recovery, an airtight building envelope and a thermal bridge free construction. “These principles were consistently applied in the prototype building in Darmstadt – and still today, everything functions exactly as it did the first day,” said Feist.[/pullquote]

Additional investment in a Passive House is usually recovered within a few years due to the low operating costs. But heating energy consumption continues to remain low afterwards as well, of course. For building owners, this aspect is therefore of particular interest in economic terms. At the same time, this building Standard contributes significantly to climate protection.

“The high level of energy efficiency of the Passive House Standard perfectly complements the use of renewable energy,” said Dr. Franz Alt, an author who is counted among the pioneers of the German energy revolution. “The Passive House Standard is not just about building cheaper and in an environmentally friendly way. The idea is to design a building smartly and sustainably right from the outset,” said Dr. Heinrich Bottermann, General Secretary of the German environmental foundation DBU.

At the International Passive House Conference in Darmstadt, over a hundred speakers in total presented the latest projects and approaches for solutions which will make the building sector fit for the future. In the field of energy efficient building components, a special focus was on home ventilation – this year’s Component Award was also presented in this context. The regional focus at this Conference in the anniversary year was, among others, on North America, China and warm climate zones.

The lecture programme was complemented by several workshops and excursions to Passive House buildings in Darmstadt and the surrounding region – a visit to the world’s first Passive House in the city district of Kranichstein also took place. All major manufacturers of Passive House components presented their latest products at the accompanying specialists’ exhibition. A Passive House forum offered a colourful programme with presentations and activities for building owners and other interested visitors.

The International Passive House Conference has been held annually by the Passive House Institute in different cities since 1996. The event took place in Darmstadt again for the first time since the premiere 20 years ago. This year’s Conference was organised in cooperation with the City of Darmstadt, the Faculty of Civil Engineering of the Darmstadt University of Applied Sciences, and the University of Innsbruck. The Conference was held under the auspices of the Ministry for Economic Affairs, Energy, Transport and Regional Development of the German State of Hesse.