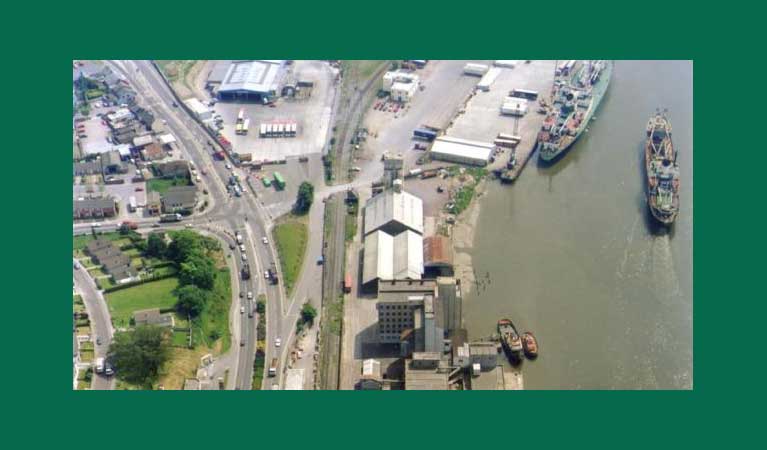 Minister of State for Housing, Planning and Co-ordination of Construction 2020 Strategy, Paudie Coffey TD along with the Mayor of Waterford City and County Council, Councillor John Cummins have announced the designation of the North Quays of Waterford as a Strategic Development Zone.

“As a Minister from Waterford I have pursued this project for a long time, there is now a unique opportunity for accelerated and detailed master planning which will unlock the fabulous potential of the North Quays to bring significant economic development right into the heart of Waterford City,” said Minister Coffey.

My colleagues in Government have decided to designate, the North Quay area (approx.. 8ha) in Waterford City as a Strategic Development Zone (SDZ) following consideration of a submission by Waterford City and County Council as the Development Agency.

The designation of the North Quays reflects its strategic location as a driver for supporting strategic National and Regional economic and land use policy.

The site is of strategic significance for Waterford City, occupying as it does one whole side of the River frontage, opposite the City Centre and being visible from the main approaches to the City, particularly from the City Centre and the South Quays.  It is adjacent to all services and utilities and offers the opportunity to enhance linkage with the City Centre, improve public transport connectivity and become a catalyst for strong City growth.

The area has been acknowledged as a key strategic site at National level included in the National Development Plan dating back to 2007. Waterford City and County Council has also commissioned and adopted a design framework for the site in recent years and the site’s strategic importance has also been reflected in the recently announced Capital Plan – Building on Recovery: Infrastructure and Capital Investment 2016-2021.

Historically these lands were used for port related activities and rendered redundant by the transfer of the port activities to a deep water berth at Belview further downstream. The buildings on the lands are currently unoccupied and disused.

The North Quays is an area that is central, available for regeneration and proximate to public services in the effective centre of Waterford City, a designated gateway in the National Spatial strategy.

This is the first SDZ designation in the Southeast and one of only two outside Dublin, which include the Dublin Docklands and Grangegorman SDZ’s and the award winning Adamstown project.

The SDZ designation provides a platform to harness the economic and social significance of the North Quays and to deliver on the regeneration potential of this strategic brownfield site, to create long term sustainable employment, improved accessibility and deliver a vibrant urban quarter through the fast track planning framework of a Strategic Development Zone.