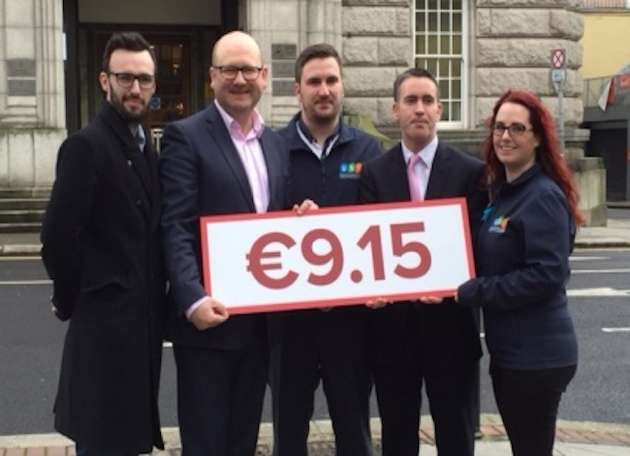 Business and Employment Minister Ged Nash and the Skills, Research and Innovation Minister Damien English have welcomed the introduction of the new rate of €9.15 for the National Minimum Wage.

As part of Budget 2016, the Government accepted Minister Nash’s proposal to increase the minimum wage by 50 cent. This followed the first report of the Low Pay Commission, an independent body tasked with examining the appropriate rate of the statutory minimum wage.

Minister Nash said: The increase will mean that the minimum wage has been increased by nearly 20% during the lifetime of this Government.

Alongside USC and PRSI cuts announced in the budget a single person working full-time on the minimum wage will see an annual boost to their income of €708 per annum or €14 a week.  While a married couple with a single income will be €911 better off per year, or have €18 euro a week extra in their pockets.

In tandem with the pay increases, employer PRSI thresholds are being adjusted from 1st of January to ensure that an increased PRSI burden does not fall on minimum wage employers.

Minister English said: This is a good start to the New Year for many people. This government believes that a job is the only sustainable route out of poverty. The new rate is based on evidence conducted by the Low Pay Commission made up of representatives from industry, workers and independent academic members and it shows that we are now in a good economic position to sustain this increase. The research it conducted also shows that this should not threaten job creation. I would urge employees who are not receiving the new minimum wage rate to contact the Workplace Relations Commission www.workplacerelations.ie to know their employment rights.