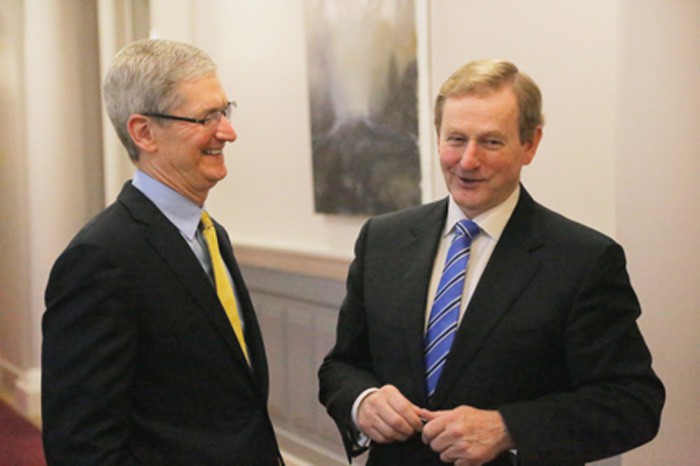 Taoiseach Enda Kenny and Jobs Minister Richard Bruton today welcomed the significant announcement that Apple will be expanding its campus in Hollyhill, Co.Cork and adding a new building that will provide new office space and room for 1,000 additional employees by mid-2017.

It is estimated that Apple supports nearly 18,000 jobs across the country, including over 5,000 direct Apple employees – an increase of 25% in the past year alone . The company has had a presence in Ireland since 1980, when it opened its first facility in Cork.

Apple has also announced that it is partnering with the Sustainable Energy Authority of Ireland to support research in offshore energy technology and is establishing a €1M Ocean Energy Industry Fund. This will support innovative new ways of capturing wave energy and converting it to renewable electricity in support of their global commitment to powering all facilities with renewable energy.

Taoiseach Enda Kenny said: The Government’s priority is to keep the recovery going by creating a positive environment for investment and jobs. Apple’s plans for new facilities at their Cork campus that can house a further 1,000 jobs is a very welcome boost of confidence in Cork and the South West region. It is also a welcome sign of broadening regional recovery. These new jobs come on top of 1,000 additional jobs already created at Apple in the past 12 months, which brought the workforce in Ireland to over 5,000 in 2015. This continued expansion by the company is testament to the quality of the talent pool, the infrastructure and the business environment that this country has to offer and further cements Apple as one of the leading employers in Ireland.