Dr. John McCartney, Director of Research at Savills Ireland comments on the emerging next generation of Dublin Office developments. While recent comments by IDA Ireland highlight the desirability of a stable office supply, the truth is that this will never happen.

Throughout the world office markets follow a similar cyclical pattern.  The root cause of this lies in the interplay between business cycles and construction lags.  As companies expand during an upswing they hire more staff and take additional space.  This drives up rents and makes office buildings more valuable, which in turn leads to new construction starts.

If office blocks could be delivered instantaneously this would be no problem.  In reality, however, office development takes time.  As a result, and given that most business cycles only last around five-and-a-half years, offices which were conceived in a boom often materialise just as demand is disappearing.  The outcome is overshooting supply, rising vacancy rates and falling rents – a situation that will only be rectified by the next upswing in the business cycle.

Interestingly, although market cycles are ubiquitous, they don’t follow the same path every time and in every location.  In the mid-2000s, for example, cheap development finance led to atypically high construction peaks in many markets.  When demand subsequently evaporated due to an especially severe economic downswing, vacancy rates rose aggressively and rents fell more steeply than in any previous cycle. 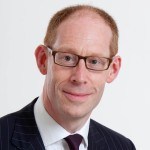 Office cycles also vary by location with small cities often experiencing more pronounced peaks and troughs.  Partly, this reflects their limited capacity to digest rapid development.  But it also reflects the nature of their occupier base.   Outside major cities like London most occupiers are looking for relatively small parcels of space – for example the average letting in Dublin is around 800 square metres.   Because it is difficult to let small lots prior to construction, office development in these locations is often done speculatively.  Naturally, this increases the risk of oversupply if completions coincide with an economic downturn.

Given the prevalence of market cycles, development stakeholders have acquired a voracious appetite for information on the office construction pipeline.  Before committing resources they want to know how much space is being planned and what buildings their product will be competing with when it is delivered.   While pipeline estimates are constantly being updated to reflect the scheduling of individual projects, Savills expects approximately 1.26m square metres of new office completions in Dublin between now and 2021.  This equates to around 34 per cent of the existing office stock.

Two things have to be considered in interpreting this number.  Firstly, it is not high by historical standards; each of the three previous construction cycles added between 43 and 85 per cent to Dublin’s pre-existing office stock.  A second important point is that the next office development cycle in Dublin will, for the first time, involve large-scale redevelopment of existing space.  The first wave of office construction in the 1960s, focused exclusively on Dublin city centre.   With many sites to choose from it made sense for developers at that time to locate their buildings as close as possible to the commercial hub.  This focus continued through the 1970s, albeit with some development along the coast towards Blackrock and Dun Laoghaire.  As we moved into the 1980s a moribund economy and depressed office values saw little development take place.  Then, in the 1990s and 2000s, there was a revolution.  Facilitated by better transport infrastructure, the fragmentation of Dublin’s administration into four local authorities and an abundance of greenfield development sites, there was an upsurge of suburban office construction.

Throughout history, therefore, we have never before had to engage in wholesale demolition of old office buildings to make way for new ones.  However, this is about to change.  Aside from the Docklands, which has undeveloped land and fast-track planning, the next cycle will focus heavily on the traditional central business district.  Partly this is because city centre schemes are seen as having a lower risk profile in an economy where confidence is still rebuilding.   But it is also because, due to historical development patterns, some of the best sites in town are now occupied by very tired buildings which are natural candidates for redevelopment.

One consequence of redevelopment is that it drives a wedge between gross building completions and the net additional space that will be delivered.  When this is accounted for current pipeline estimates look even more digestible.  With some 270,000 square metres of old space earmarked for demolition by 2021, gross completions of 1.26m square metres will scale back to 990,000 square metres of net additional office stock.  This represents 27 per cent increase in supply, as compared with the 34 per cent uplift implied by a gross calculation.

Commercial development is a complex and sometimes risky process.  However, based on these figures, concerns about future oversupply should not be a barrier to prudent office development at this point in the cycle.