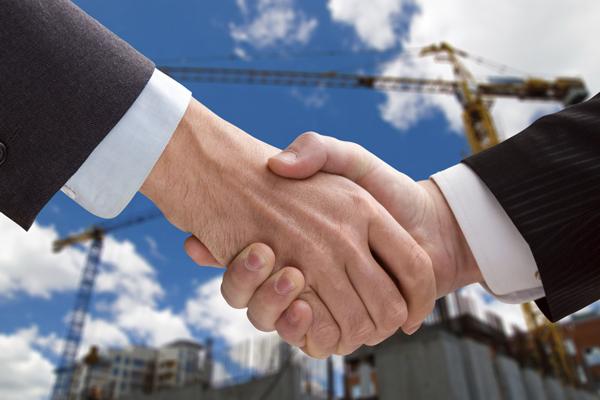 Looking back at the boom and subsequent bust in our economy over the last 8-10 years, we can feel somewhat relieved that things are improving, but ask the man on the street, he will say we have a long way to go. In the construction industry we have lost seven to eight years there is a lot of catching up to do.

Ireland is emerging from a protracted recession, marked by a return to moderate growth and rising international competitiveness. For the past year or so, genuine optimism has started to return to many parts of the economy. This increased confidence has helped to stimulate the economy, for example, international investors have been investing in Irish property, both directly through the acquisition of large hotels and commercial buildings, and indirectly through the purchase of Irish loan portfolios. A number of multinational IT and fund management companies continue to see Ireland as a hub for their European operations and have invested accordingly. To add to this positivity, the construction industry finally has momentum and is on the upswing. The commercial sector is leading construction due to expenditure on Foreign Direct Investment projects and by renewed activity in the commercial office sector due to rapidly rising rental levels. The residential sector lags behind, onerous planning conditions, the tight lending environment, high levels of indebtedness amongst developers and the cost of construction still placing downward pressure on this sector. The required volume of 26,000 units per annum are far from being met with around 10,000 units being completed in 2015, there is still massive scope for growth.

While few of us would like to see a return to output levels of 2007 where construction amounted to €38 billion and represented almost 24% of GNP, there is plenty of capacity for current levels to grow from 7.1% of GNP to 12%* which would be a recognised norm in other developed nations. Bridging this gap has numerous challenges and risks. These include instability in the Euro area (Grexit / Brexit), geopolitical matters arising from global uncertainty (Ukraine & Middle East) and local issues primarily around funding and skills shortages.

To help sustain this momentum the construction industry needs support from financial institutions in that our local banks need the confidence to take calculated risk, and on the flip side developers need to start looking outside of the standard banking mechanism for credit lines and bonding capacity. We have seen many excellent projects and good companies scuppered by the inability to finance their projects. The organisations that remain in the industry are solid, in the main, and have the drive and ability to complete the work. As construction is a high-risk industry, it is not surprising that those who venture into this business are accepting of the inherent risks and their companies are built on a premise of taking risk. Maybe it’s time that developers aligned themselves with like-minded financial providers who are less inclined to hinder the rapid decision-making nature of the construction sector.

The issue for the financial institutions and sureties is that many contractors don’t give the financial side of the business the attention it deserves. Lack of financial discipline and fiduciary concerns are often not part of strategic thinking. In addition, companies that do not maintain adequate capital reserves are running on the razor’s edge, one misstep can cause them to fall into a cycle of failure. Reserving is a critical area that affects the long-term sustainability of a contractor, but understandably lack of reserving is caused by corporate demands and often the personal demands of the directors. It can be dangerous territory.

What we should all be looking for is some joined-up thinking in relation to planning, funding and development in the sector. Many developments are not getting off the ground due to high planning costs. Skilled labour is becoming more of an issue and Ireland seems unattractive to returning emigrants,.

Financial investments need to be channelled into and be compatible with demands across the entire economy. Integration of construction project’s into larger economic frameworks of local and regional requirements that show a positive impact on the economy, on society and on the environment. Momentum will be maintained once all factors are taken into consideration.