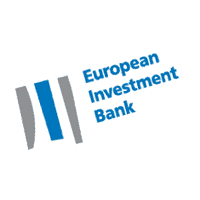 The EIB has announced today that it has approved a €70 million loan in principle to invest in the Public Private Partnership project for 14 new Primary Care Centres.

This represents a figure of up to 50% of the finance required to deliver primary care centres at 14 locations in Ireland.

The EIB will provide lower cost funding than would be otherwise available.  The EIB Board has earmarked the Irish Primary Care Centres as the first projects in Ireland expected to benefit from financing under the European Fund for Strategic Investment, a new initiative seeking to support €315 billion of new investment across Europe and to be managed by the EIB.

Since March 2011, 44 Primary Care Centres have already opened through direct investment by the State either by direct build or by means of the operational lease mechanism. Centres are opening at the rate of one a month on average. However, to date none have been built through PPP.

This announcement from the EIB means that a significant element of funding – up to 50% – has been secured in principle for 14 sites, with work due to start in January 2016.  Planning permission is already in place and depending on building size, some will be completed in around 12 months.  Plans are also underway for a further 20 centres outside of the PPP project, using more traditional forms of financing, such as Operational Lease or Direct/own build.

Minister Varadkar said: “This is the EIB’s first ever investment in healthcare facilities in Ireland. It’s also our first ever PPP investment in Primary Care Centres.  I hope it will encourage other investors to follow suit as the primary care centre delivery model offers a good fit for public and private financing.

“It’s fantastic news for patients and it’s a vote of confidence by the EIB in the Government’s strategy of investing in primary care facilities, and shifting the focus of healthcare away from hospitals and into the community.  Patients at these new centres will benefit from the broader range of care services offered by local Primary Care Teams, similar to those already provided by the 44 Primary Care Centres which have opened since March 2011.”

Kathleen Lynch, Minister of State for Primary and Social Care welcomed the announcement.  “Up to 95% of our healthcare should be delivered in the community.  Developing our infrastructure to provide better facilities and ultimately better and safer care in the community has been a priority for the Government.  This support from the EIB is validation of our policy.  These centres will be home to services ranging from physiotherapy to speech and language therapy.   It is a further step towards delivering the right care in the right place at the right time.”

All centres will house GP and community nursing teams and centres will offer extra services, including some or all of the following:

The Department of Health is the sanctioning authority for the PPP project while the HSE is responsible for managing and delivering the centres. The National Development Finance Agency acts as financial adviser and procurement agency.