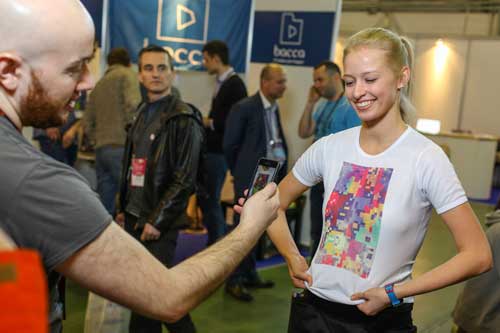 Building on the success of Europe’s inaugural Augmented Reality Marketing Conference in Dublin last year, the second is taking place on Wednesday 29th April at the Croke Park Conference Centre.

A move to a new and bigger venue is indicative of the huge demand for the event and the level of interest from marketers, creative and digital specialists. A significant rise in interest from production and technology sectors is expected this year with the launch of a dedicated Industrial AR track featuring case-studies from the construction, engineering, and architecture professions.

Augmented Reality and Virtual Reality experts from the US, UK, Europe and host country, Ireland will share their advice and knowledge in how they have paved the way in revolutionising how creativity and technology combine, demonstrating how it is being incorporated into our lives.
Given the broad application across all business sectors, the appeal and cost saving efficiencies of AR and VR, this conference is an opportunity not to be missed.  Two distinct streams have been created to cater for the specialisation within Industry and Consumer sectors i.e. Industrial – Architecture, Construction, Engineering and Medical; and Consumer – FMCG, Gaming, Retail and Tourism.  In addition the AR Business Exchange will allow for 1:1 access to experts to discuss development and applications during the conference week.
The brainchild behind the conference is Alex Gibson, a lecturer at DIT and broadcaster, whose passion for imparting information and insight is the driving force for bringing Augmented Reality to Dublin for the second time.  Announcing the date of the 2015 conference he said, “I am absolutely delighted to hold this conference for a second consecutive year and in a larger venue.  Having a personal interest is one thing but receiving such great feedback last year from speakers, attendees and panelists, it underpinned the importance and hunger for knowledge about augmented reality as a means to help businesses move forward. The early adopters of this technology – particularly in the industrial context such as construction and engineering, are set to reap quick rewards. ” 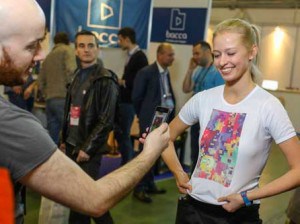 The incentive to ‘save the date’ of Wednesday 29th April is encouraging based the first tranche of speakers announced:

Among the world-renowned innovators in construction technologies at Technological University of Delft, Netherlands, van de Ruitenbeek will be how AR can help in creating intelligent buildings, engineering level conflict resolution, averting planning issues, and assist in the operation and maintenance of buildings.

CEO of Amplified Robot, based in London, he is an Augmented Reality and Virtual Reality Expert and evangelist.  A writer and contributor to media blogs and considered one of the greatest thought-leaders in the digital media and AR/VR sectors, his career started as a film editor.  Over the past 30 years he founded one of the UK’s largest creative post-production groups, VTR, and consults internationally within the broadcast post-production market.

CEO of Los Angeles based augmented reality developers DAQRI, Brian is a visionary on how AR can be used in industrial contexts. The company has recently launched the DAQRI Helmet, which allows hands-free use of augmented reality in a variety of industrial contexts.
Feedback was so positive regarding the hands-on opportunity attendees experienced wearing devices, and exploring the applications that it has been brought back and expanded upon to allow for even greater interaction.  There is no doubt this demonstration platform would be of interest to Construction professionals, Heads of IT, Designers, Facilities Managers.
US-based augmented reality developers DAQRI, who participated last year, confirmed as this year’s Platinum Sponsor, with local company iTagged, confirmed as a Silver Sponsor.

Full conference and ticket information can be found on www.armarketing.org as well as links to the dedicated AR Marketing blog written by conference founder, Alex Gibson.  A day pass costs €235 (excl. VAT) with special group rates and discounts also available.

Regular updates regarding additional speakers and panelists are also be posted to @ARMarketing_org on Twitter.
The European Augmented Reality Marketing Conference is organised by ARMarketing.org, which aims to build awareness of the commercial opportunities for Augmented Reality (AR), Virtual Reality (VR) and related technologies in the marketing community.