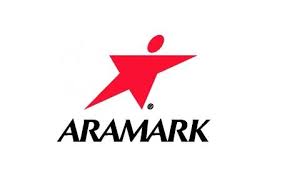 Aramark, a global provider of facilities management, food and property is growing its Irish facility services business leading to the creation of 17 new positions.

The announcement follows the successful integration of the Sligo-based Lotus Facilities Management which was acquired by Aramark in Feb 2014. Since the acquisition, Aramark has doubled the company’s workforce, from 17 to 34 people, the majority of whom are based in the North West.

Aidan Bell, Aramark Managing Director, said, “Over the past twelve months we have significantly grown our operations in the North West. By joining Lotus FM’s considerable local knowledge with the investment and resources of Aramark, we have not only added several high value contracts but we have also been able to create valuable employment in the region.”

Aramark won a major new contract with Tesco Ireland which will see Aramark provide Mechanical, Electrical and Building Fabric Maintenance to 26 store locations across the West of Ireland. The company has also been awarded the contract to provide facilities management services to AIB’s Nationwide Branch Network (RoI) for Electrical and Mechanical Maintenance, and also provides a number of hard services support resources to AIB’s Head Office locations. Aramark have also extended its scope of work with the Irish Aviation Authority to include The Times Building on D’Olier Street, Dublin 2. Further contract wins have also been announced with Trinity Biotech and Gilead Sciences, further evidence of our growth and capabilities in the Pharmaceutical and Medical Device Industry.

“We are very excited by opportunities in the market and our success in partnering with some of Ireland’s leading companies to deliver growth. We are seeing increased demand for outsourced facilities management services as businesses and public sector organisations realise the improved effectiveness and value they can realise by having an integrated service platform in place”, added Aidan Bell.