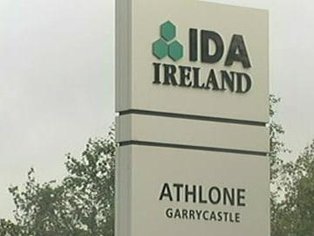 There were 197 investments in 2014, up 20% on the previous year that’s according to a briefing document just released by IDA Ireland.

The IDA client wider contribution to the economy also increased significantly in 2013 (latest available). Exports were up 2% to €124.5bn, Irish economy spend (goods, services, payroll) was up 8% to €22.4bn. In a significant sign of further deepening of their operations in Ireland, IDA clients increased their R&D expenditure by 7% to €1.4bn, and the total number of employees working in R&D rose by 9% to 11,522.

The economy got off to a good start in January
A range of releases are pointing to a strong start to 2015. The Investec/Markit PMI’s show the manufacturing and services sector continuing their expansion in January.  Manufacturing output and crucially employment has been increasing for 20 months. In the services sector performance has been even stronger with activity expanding for the 30th month and employment up for the 29th.  Overall unemployment has been falling for almost 3 years, with the rate falling to 10.5% in January from 12.1% a year earlier.  Income tax receipts rose in January in line with the increasing employment.

Public Finances continue to strengthen
Public finance returns for January showed a great start to the year, with revenues up €460mn on a like for like basis, on back of strengthening economic activity. Expenditure remains under control. Gross government debt is on track to have dropped to 110% of GDP in 2014 from 123% in 2013. The appetite for Irish Government debt is demonstrated by the NTMA’s recent sale of a €4bn through a new 30 year benchmark bond. This is the first time the State has sold a 30 year bond, and the international interest was strong. The yield came in at just over 2% and 95% of the bond value was taken up by international investors.