The moves include a reorganisation of regional Government with enhanced roles in infrastructure planning and the establishment of local economic and community plans (LECPs) to identify specific local targets and actions for local employment and community development.

“These plans will be strongly action focussed and set out the overall strategic priorities for each local authority area. What I am announcing today will give a renewed focus to in generating employment and maximising the economic potential of each county. Local authorities have much greater potential to promote and facilitate economic development. The mind-set has to be that all local Government activity can contribute to local economic development.

“As a specific example, Galway has a thriving biomedical sector. The local  plans should identify how best to promote and support this sector – it may involve zoning a particular land bank for such use, identifying potential courses or programmes that could alleviate a skills shortage within a disadvantaged area or identifying a marketing plan to attract potential investors to an area. That is just one example – plenty of other areas may prioritise tourism, agriculture or digital economy,” said Minister Kelly.

The Local Economic and Community Plans will be formulated by the 31 local authorities throughout 2015 and will have to be adopted by elected members and who will be asked to identify an on-going monitoring and reporting system. Local authorities will be able to identify their own priorities, will have to give cognisance to regional spatial and economic strategies and will also operate the local enterprise offices.

As part of the local Government reform agenda, Minister Kelly has also announced the reorganisation of regional structures for an enhanced role in regional planning. A 3rd regional assembly known as the Eastern & Midland has now been established following ministerial order. This means there are now three regional assemblies of elected members, Northern and Western, Southern, and Eastern & Midland.

The new assemblies incorporate the functions of both the former regional authorities and assemblies, with significant enhancement of some powers, particularly in relation to spatial planning and economic development including:

·        A stronger role in economic development through Regional Spatial and Economic Strategies, which will replace the current regional planning guidelines;
·        Greater linkage of local economic efforts with regional and national planning;
·        Promoting balanced regional development through management of EU structural fund programmes and securing EU funding for specific regional projects, and linkage between these functions and spatial and economic strategy.

“The new regional assemblies will have a strengthened role when it comes to spatial and economic planning. They can identify infrastructural deficits and priorities, and plan for evolving demographics. In terms of attracting employment and investment, a regional focus that connects to national transport hubs, such as airports and ports, is vital”. 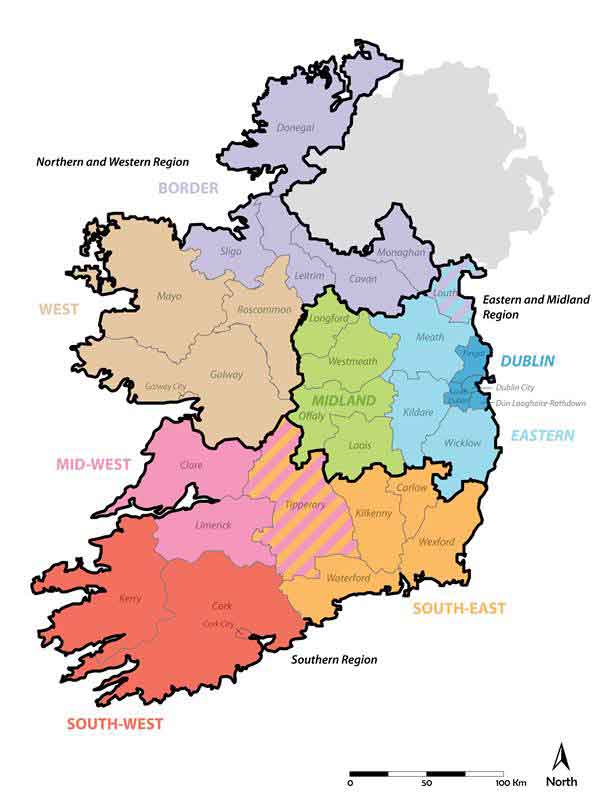