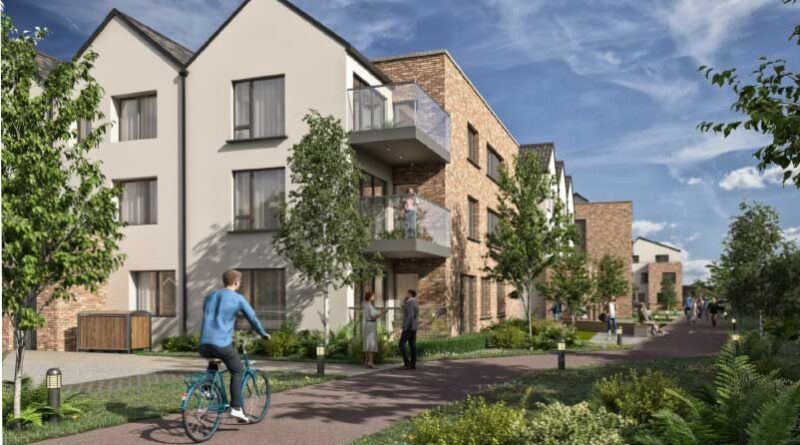 The Land Development Agency (LDA) is making good progress on its development pipeline, with momentum building, the agency said today as it provided an update on its activities since the Government’s Housing for All policy was published in September.

Four recent planning applications by LDA in recent weeks will, if approved, deliver 2,358 homes in schemes that will be 100% affordable and social housing. The applications in Dundrum, Balbriggan, Skerries and Naas have been submitted to An Bord Pleanála for consideration following extensive community consultation.

The biggest proposal relates to plans for 977 new homes on the site of the Central Mental Hospital in Dundrum. A further 817 new homes are proposed for a 25-hectare site in Balbriggan. In Skerries the LDA is seeking to build 345 homes in Hacketstown on a greenfield site. Finally, the LDA has applied to deliver 219 new homes on the Devoy Barracks site in Naas, Co Kildare.

Under Housing For All, the LDA is the State’s primary channel for the development of cost rental housing with a mission to unlock state land and make more efficient use of it to deliver large-scale affordable housing projects.

John Coleman, CEO of the LDA said: “We’re making good progress on development pipeline to deliver much needed new affordable housing, with recent planning applications for over 2,300 homes. These four applications have been progressed following extensive community consultation, and close collaboration with Local Authority project partners. We’re also moving forwards on Project Tosaigh which we believe will really accelerate near-term delivery given the sites we are targeting already have planning permission in place. I’m very pleased that since Housing for All was published we’ve been able to make very tangible progress in fulfilling our mission to give a fair deal to the many thousands of people who currently struggle to meet their housing needs in an affordable way.”

Next month the LDA expects to start enabling works to prepare the former St Kevin’s Hospital site for a redevelopment scheme that will deliver 265 new social and affordable homes for Cork. In Shanganagh, South Dublin, construction will commence later this year on the State’s largest affordable housing scheme to date, with 597 new homes planned.

The LDA is also making good progress on its Project Tosaigh initiative to deliver 5,000 new homes by unlocking land in private ownership that has full planning permission but where delivery has stalled due to financing and other constraints. Proposals from potential partners are currently under consideration through a formal expressions of interest process, with an announcement of the first schemes expected shortly.

Other areas of activity include:

Minister for Housing Darragh O’Brien TD said: “Housing for All is about having a strategic approach to accelerating delivery of new homes and I’m very pleased to see the work the LDA is doing to progress its project pipeline. We know that the design and planning process takes time, so it’s important to see momentum building, which will ensure that the state land under the LDA’s control is used to address this critical issue. As the LDA ramps up its activities it is set to become the largest housebuilder in the state, reaching a scale of over 1,500 new homes each year in the medium term.”