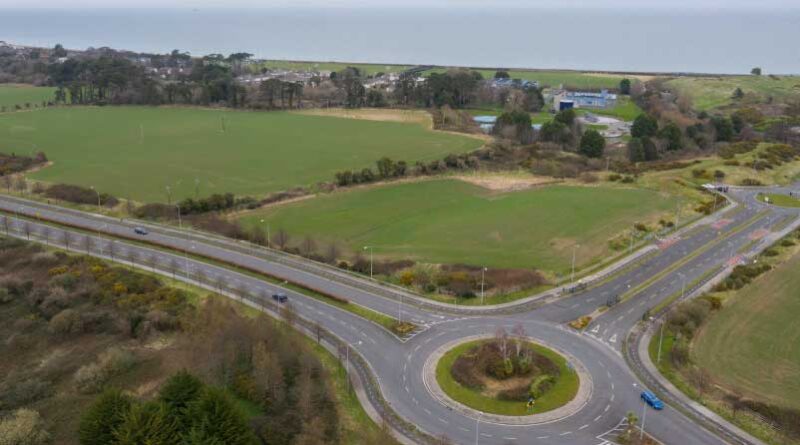 Hackman Capital Partners and partner Square Mile Capital Management, announced today that they are making significant further investment in the Irish creative industries. The group, who was behind the acquisition of Ireland’s Ardmore Studiosand Troy Studios in August 2021, has been selected to develop the new Greystones Media Campus, a planned and shovel-ready state-of-the-art film and television studio campus in the coastal town of Greystones, Ireland, approximately 15 miles south of Dublin.

The two-phased development is a joint venture with the Ireland Strategic Investment Fund (ISIF), Ireland’s sovereign development fund and Capwell, a Sisk family investment vehicle. The total investment in the project is estimated at nearly €300m.

Greystones Film and Television Studios will be the latest addition to the Hackman Capital/Square Mile Capital portfolio of the world’s best-in-class studio assets. The partnership’s affiliate, The MBS Group, will not only assist in the purpose-built studio design but will also oversee studio operations and provide production services and equipment rentals when the new studio campus opens its doors.

When fully developed, Greystones Media Campus will be Ireland’s largest studio complex with more than 670,000 square feet of studio space on 44 acres with sea views, including 14 state-of-the-art sound stages.  The first 7 sound stages and associated office, workshop and backlot spaces will be delivered in mid-2024.

The development will double the high-end film and television stage capacity in Ireland to help meet current tenant demand as a growing number of international and domestic productions are vying for existing space.

Paschal Donohoe, Ireland’s Minister for Finance, said, “I welcome this significant investment into Ireland’s audio-visual industry. This investment is reflective of the positive work done by the industry over the last number of years. It is also indicative of the impact of the long-standing State support for the expression of Irish and European culture through audio-visual works and the creation of quality employment opportunities for those working within the sector. This joint venture by the Ireland Strategic Investment Fund and its business partners will enhance Ireland’s ability to capitalise on the high demand for content by promoting our country as a location for both foreign and domestic producers. On the back of what has been a record-breaking year for spend on TV and Film production in Ireland, this level of investment will serve to enhance Ireland’s reputation as a location for high-quality production.”

The audio-visual sector is currently worth over €1 billion to the Irish economy, with approximately 12,000 people employed in film, television and animation production. The new development in Greystones will be a major boost for the Irish creative economic sector and will contribute to creating 1,500 new jobs once it is operational (and 450 jobs during the construction phase) along with other direct and indirect benefits to Ireland’s economy.

“We are grateful to ISIF and Capwell for this exciting opportunity, and we’re thrilled to be expanding our footprint in Ireland,” said Michael Hackman, Founder and CEO of Hackman Capital Partners. “We see Ireland as a premier destination for content creators across the globe, and we’re committed to seeing it grow exponentially. There is enormous talent here, not to mention a stunning landscape and some of the industry’s best financial incentives for filmmakers.”

Square Mile Capital CEO Craig Solomon added, “The demand for modern, well-run studio facilities in Ireland is very strong and is expected to remain so for the foreseeable future. This opportunity to help meet that demand, and deliver a superior level of operating support to the creative companies that will use the facilities, is very attractive to us. Overall, the world’s appetite for high-quality film and TV content shows no sign of slowing and we believe that the Greystones Media Campus has great potential.”

“Ireland has captured the heart of the global film industry, and demand for new studio space is only escalating. Greystones Media Campus will not only be Ireland’s largest production facility, but also its most technologically advanced. We’re excited to get the development underway this year, and thrilled by the strong, ongoing support of local stakeholders as we continue to build our presence here,” said Jason Hariton, Chief Real Estate Officer of The MBS Group.

The MBS-operated Ardmore Studios, also in County Wicklow, puts Dublin-Wicklow at the centre of the Irish movie and TV industry, with such productions as The Last Duel, The Green Knight, The Winx Series, The Tudors, Penny Dreadful, My Left Foot and Braveheart filmed there.

Nick Ashmore, Director of the Ireland Strategic Investment Fund, said, “This is a major step forward in progressing an investment that will cement Ireland’s place as a world-leading location for generating film and TV content. As Ireland’s sovereign development fund, we are delighted to join forces with top-tier global film studio investors and operators to help meet the immense global demand for content for the world’s biggest streaming services as well as cinema and TV. Together we will offer producers a state-of-the-art audiovisual campus, bringing an even greater share of global content generation to Ireland and supporting significant employment and ancillary economic activity in the Dublin/Wicklow region.”

Will McCabe, Managing Director of Capwell, said, “We’re truly delighted to announce this investment today as it is an exciting development for the Greystones area and the Irish film and TV sector as a whole. Greystones Media Campus is an important new chapter in the story of the Irish film industry and will also consolidate Wicklow’s position as the traditional heart of television and film production in Ireland. With increasing global demand for content from the likes of Netflix, Amazon and Disney, this development presents a wonderful opportunity for Ireland to continue to make its mark on the global stage. This significant long-term investment will also provide a major economic and cultural boost to the region, which is great news for the local Wicklow community.”on its network of 100 locations across six countries. Its leadership team has designed and constructed more than 25 studios with 115 sound stages and ancillary facilities, totalling over 3,500,000 square feet and representing more than $2 Billion in value.