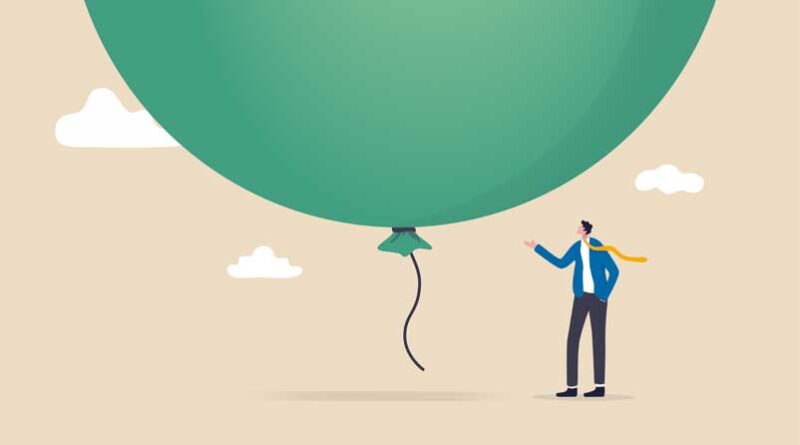 The world is emerging from a pandemic, well hopefully so, the recent lifting of many restrictions by NPHET and the Irish government gives us hope that we are heading into an endemic phase of the disease. If this is the case can we breathe a sigh of relief?

Not all experts agree that we are fully out of the woods yet, endemic diseases can still be disruptive and even deadly, such as malaria. But with vaccines being distributed globally, according to www.ourworldindata.org 60.8% of the world population has received at least one dose of a vaccine, 10 billion have been administered with 25 million doses being administered daily. The hope is that this should suppress any new variants and allow us to manage current strains, we can go back to living our lives.

What does this have to do with construction I hear you ask? Well inflation is the issue not just for construction, construction inflation is currently running at c. 8.3%, but across the board. In early to mid-2021 when many economists were articulating reassuring messages that a spike in inflation was “transitory”, this sounded reasonable as the US had jumped to only 4% and Europe to around 2.5% which would be expected as they put this down to consumer spending, shortages in the supply chain and a jump in oil due to refreshed demand. As we all know demand exceeding supply creates price hikes, but this should all have settled down and rectified itself by now.

Why is inflation so high and why is it different in the US versus Europe? Firstly, European inflation as of January 2022 is at 5% according to Eurostat while the US is at 7% (www.tradingeconomics.com). So, both countries have had long periods of subdued inflation, in the EU inflation has been hovering at about 1.6% between 2013 and 2019 with the US c. 2% this was due to downward pressure on prices of goods. With the pandemic shock global economies collapsed, lockdowns, businesses closed, employees worked from home and companies reduced investment until they could get a grasp on what was happening and how long it would last. A short but severe recession ensued.

Rather than sinking into a protracted downturn the US and European economies staged an unexpected recovery, fuelled by extensive government spending and emergency moves by both the Federal Bank and European Central Bank. These moves sustained businesses and the unemployed preventing a crash which could have been on a par with at least the recent financial crash of 2010 if not worse. By spring and summer 2021 the rollout of vaccines emboldened consumers to return to shops, bars and restaurants. Bang, all of a sudden businesses had to scramble to meet demand, in order to meet demand, they had to hire staff and purchase goods in order to meet customers’ needs. Due to the sudden nature of this demand labour shortages lead to an increase in wages, shortages of shipping containers, backlogs in ports and lack of supplies meant the supply chain chocked adding to increased price pressure. A considerable amount of the inflation we’re seeing is as a result of coming out of the pandemic.

The key difference between the US and Europe even though we have the same labour and supply chain issues and why inflation is more likely to stick in the US is the level of government stimulation. There has been a tsunami of government spending in the US, $1.9tn relief package alone just over stimulated the American economy.

Based on this information and the fact that Ireland and our European cousins have now got to deal with the debt pile inherited from the financial crisis and added to by government emergency spending I do not see European inflation going beyond the current 5% and should start to ease later in the year, on that basis I doubt the ECB will hike interest rates anytime soon and if they do it will be moderate unlike its US counterpart. In fact, the folks at Carraighill make a very good argument that in the near term, end of 2022 into 2023, disinflation will win out over inflation as supply issues resolve and labour markets return to normal. The article is well worth a read. (www.carraighill.com/the-return-of-disinflation).

The caveat of course is if Russia invade the Ukraine then inflation could hang around longer as supply of oil and gas are constrained driving up prices along with other issues that a war on our doorstep could potentially bring. Let’s hope it does not come to fruition.