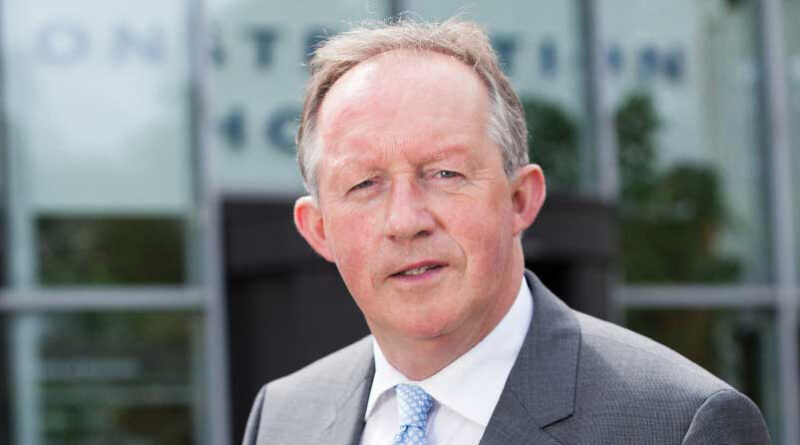 The Government is to respond to hyperinflation issues in the construction sector over the coming weeks, that’s according to the Construction Industry Federation (CIF). This follows a meeting between the CIF and the Minister for Public Expenditure and Reform, Michael McGrath TD.

At the meeting, the CIF highlighted the considerable impact hyperinflation was having on costs within the industry, which may have implications for future and current public work projects including the National Development Plan and Housing for All. The CIF said this is creating “exceptional challenges” within the sector, increasing the likelihood of some contractors being unable to tender for projects and potentially even becoming insolvent.

They are seeking an effective price variation clause to be included in all new public works contracts and for that mechanism to be applied retrospectively to all projects that are currently underway.

The meeting in the Department of Public Expenditure and Reform followed a series of additional engagements between the CIF and the Department as well as further meetings and communications with the Minister for Housing and officials in that department.

The CIF has raised concerns about the significant rise in inflation consistently since mid-2021, with prices rising following the pandemic and supply chain issues stemming from Brexit. Price increases have become even more dramatic in recent weeks on the back of the conflict in Ukraine, with the CIF pointing to the inability of the industry to secure fixed prices for materials or fixed delivery programmes.

Examples of the impact this is having on construction materials include:
Rolled steel has risen to €1,500, up by €600 since mid February (66% increase).
50% rise in rebar prices, jumping from €900 to €1,350 per tonne in last 4 weeks.
Cables/ copper up by 31% to €8,642 per tonne.
Certain types of steel no longer available.
100% increases in delivery times for A/C units, electronic controls and lighting equipment.

Speaking on the issue, Tom Parlon, Director General of the CIF said: “In recent weeks our industry has seen unprecedented rises in the cost of construction materials and the delivery of projects. This has brought into focus an issue we have raised concerns about for quite some time, namely that the current public works contracts need to be updated. There is a necessity for a fair, simple price inflation mechanism to balance the risk for both the State and the contractor.

“You can’t have a system that places all the risk on the contractors. The system has to be able to adapt for the exceptional challenges we are seeing in the sector. When you have hyperinflation taking hold, caused by global economic factors completely outside our industry’s control, you can’t expect the contractors to have to foot all the bill.

“If the system isn’t altered then practicalities will start coming into play. Contractors will be unwilling to tender for public contracts. It will also have implications for projects that are already at the construction stage, as it may become uneconomical for some of the contractors involved to complete their work without turning insolvent. These are very real risks at the moment and they will have to be addressed if the public works are to keep progressing.

“We were able to raise all these issues with Minister McGrath and it was positive that he acknowledged how challenging a time this is for the industry and that he also recognised the importance of the contribution made by our sector. He has asked the Office for Government Procurement to revert with options and we look forward to receiving his response in a timely fashion,” Mr. Parlon concluded.