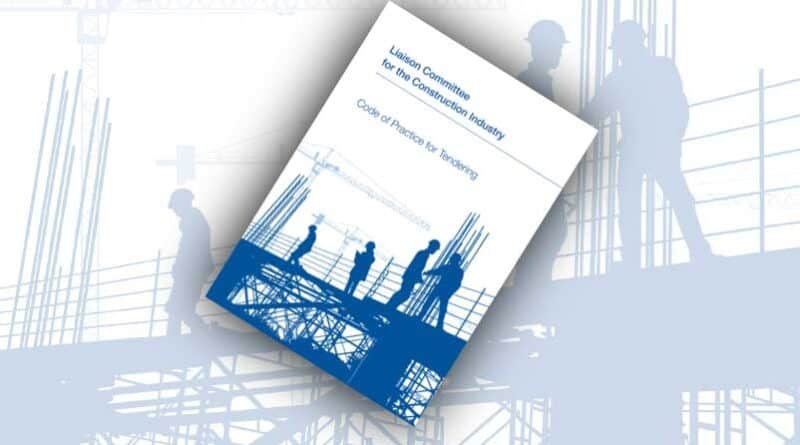 The Liaison Committee for the Construction Industry has announced the publication of the new Code of Practice for Tendering.

This text is a revision to the previously published 2006 and 2018 editions and includes significant additions and detailed explanations of key subject areas, updates for legislative amendments and a more comprehensive set of appendices which will help guide those involved in the construction industry through the tendering process for private works in Ireland.

Hardcopies of the Code of Practice for Tendering are now available in the RIAI bookshop, 8 Merrion Square, Dublin 2 for €30.  A digital version of the Code will also be made freely available on the Liaison Committee website.

The primary function of the Liaison Committee is to make recommendations to the Constituent Bodies for any amendment to the Agreement and Schedules of Contract issued by the RIAI in agreement with the CIF and SCSI that may be required.

Other functions of the Committee include: Publishing a Code of Practice for Tendering and Contractual Matters, which sets out accepted good practice for procuring Building Contractors to carry out Building Works in Ireland and other Contractual matters, The publication of Dayworks Charges and Percentage Additions, Recommendations for any amendment of practice the Committee considers desirable in connection with matters such as Tendering Procedures, Bills of Quantities (other than practice relating to the Standard Method of Measurement), Nominated Sub Contractors, Bonding Arrangements and Collateral Agreements and any other matter which may arise from the relationship between the members of the five bodies themselves or with any other bodies.