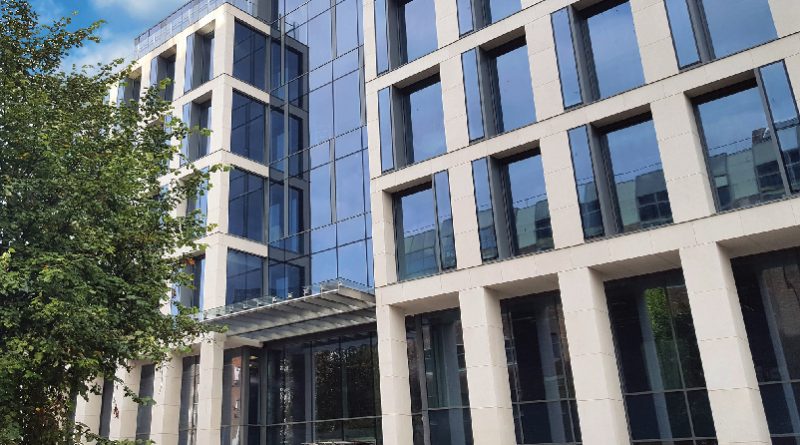 Irish building magazine readers will be familiar with the advantages of using liquidated damages (“LDs”) as a mechanism for managing the risk of delay in construction contracts. By including a LDs clause, parties agree in advance the quantum of damages that the Employer will be entitled to if a specific event happens, usually delay in completion of the works beyond the contractual completion date.

A Period of Uncertainty

The 2019 judgment of the English Court of Appeal in Triple Point Technology Inc v PTT Public Company Ltd took a different approach, causing unease and uncertainty in many quarters.

Let’s start with a brief summary of the facts: Triple Point entered into a contract to design, install and maintain software for PTT. Triple Point was to be paid on the basis of achieving milestones signifying the completion of the various phases of the work.

Delays and disputes arose, and Triple Point then refused to continue performing the contract unless it received payment of monies it claimed as due. In response, PTT terminated the contract, at which stage Triple Point had not completed the works for parts of Phase 1 or any part of Phase 2.

Triple Point sued PTT for their failure to pay. PTT, by way of defence and counterclaim, sought LDs for delay up to the date of termination of the contract. The LDs clause stated that, if the Contractor failed to deliver work within the time specified, it would be liable to pay a sum per day “from the due date for delivery up to the date PTT accepts such work”. The Technology and Construction Court duly awarded LDs for the delays to the works prior to termination of the contract.

On appeal, Triple Point raised an argument that the LDs clause was not engaged at all. Triple Point contended that the wording of the clause meant that it only applied when works were delayed but then eventually completed and accepted. In this case, the delayed works were never completed, so by definition could never have been accepted. The Court of Appeal considered this “a formidable argument” that raised questions of “general principle concerning the operation of LDs clauses in termination or abandonment cases”. And, to the surprise of many construction lawyers, the Court of Appeal accepted the argument.

The Court of Appeal identified three potential categories of LD clauses: either the LDs clause (i) does not apply to the situation that has arisen; (ii) only applies up to termination of the contract; or (iii) continues to apply until the second contractor achieves completion. Here, the Court of Appeal followed the decision in one of the authorities it reviewed, a heretofore little known 1913 judgment of British Glanzstoff Manufacturing Co Ltd v General Accident, Fire and Life Assurance Corpn Ltd. On foot of this, the Court of Appeal held that PTT were entitled to recover liquidated damages from Triple Point despite the termination of the Contract but only in respect of works that had been completed prior to termination of the Contract. To the extent that certain works had not been completed at the date of termination and, in fact, were not subsequently completed, any remedy sounded in general damages.

This decision was problematic for two main reasons.

First, to say that an LDs clause is not engaged if the works are not completed at the point of termination makes a mockery of an LDs clause. Such an interpretation would fetter the Employer’s ability to terminate a contract where a Contractor is not performing its obligations lest, in doing so, the Employer loses its entitlement to LDs. This interpretation potentially also incentivises a Contractor, in a situation where significant LDs have accrued, to abandon the contract rather than seek to complete the works.

Second, the Court of Appeal’s analysis muddied the waters by seeming to contradict the principle that LDs do not accrue beyond contract termination.

Back to the orthodox position

In a welcome return to the more orthodox position, the UK Supreme Court in its judgment confirmed the following:

–  The wording of the clause did not mean that if works were not completed and accepted LDs could not accrue. The words did not mean there were no LDs if there was no acceptance of the works. “To reach that conclusion would be to render the liquidated damages clause of little value in a commercial contract.”

–   Parties must be taken to know the general law, which is that the accrual of LDs comes to an end on termination of the contract. After that, the parties must seek general damages for breach of contract.

Another recent UK judgment (Eco World – Ballymore Embassy Gardens Co Ltd v Dobler UK Ltd) looked at whether an LDs clause was void and unenforceable because it did not provide for any reduction in the level of damages where the Employer had taken over some of the works.

Eco World had engaged Dobler under an amended JCT Construction Management Trade Contract (2011 edition) to carry out facade and glazing works on three blocks of a residential development. The works had not been completed by the contractual completion date of 30 April 2018 and, on 15 June 2018, Eco World took over two blocks.  The entirety of the works were certified as practically complete in December 2018.

The contract provided for a single date for completion and for LDs of £nil for the first four weeks of delay and, thereafter, at the rate of £25,000 per week, up to an aggregate maximum of 7% of the final contract sum.

Disputes arose and two main issues came before the Technology and Construction Court.

First, whether the LD clause was void and/or unenforceable. The Court found it was not automatically fatal to have one rate of LDs where there was sectional completion or partial possession. In this instance, the LDs protected a legitimate business interest and were neither unconscionable or extravagant.1

It is worth noting that the approach in Ireland to determining whether a damages clause is penal (and therefore unenforceable) is slightly different to the UK. Irish courts continue to follow the principle in Dunlop Pneumatic Tyre Co that a “sum will be held to be a penalty if the sum stipulated for is extravagant and unconscionable in amount in comparison with the greatest loss that could conceivably be proved to have followed from the breach…”.  The UK position changed with the Cavendish Square judgment, which stated that the true test is whether the provision complained of “imposes a detriment on the contract-breaker out of all proportion to any legitimate interest of the innocent party…”

The Court in Eco World did reference one of the tests in Dunlop – namely that there was a presumption (but no more) that a provision would be penal “when a single lump sum is made payable by way of compensation, on the occurrence of one or more or all of several events, some of which may occasion serious and others but trifling damage” – but noted that here, Dobler had accepted that a rate of LDs that was objectively modest would not amount to a penalty simply because it applied to a number of different breaches (i.e. delays to one or more of the blocks).

Secondly, the Court went on to consider whether, if the Court had considered the LDs provisions to be unenforceable (which it did not), any general damages recoverable by Eco World would also have been capped by reference to the 7% cap in the LDs provisions.  In this instance, the Court considered that they would, stating that “a literal reading of the provision suggests that the 7% cap would apply only to the liquidated damages and not to any general damages. However, the …. clear intention of the parties was that Dobler’s liability for delay damages would be so limited”. Importantly, however, the Court made clear that this would not necessarily always be the case and will depend on the specific contractual terms negotiated and agreed between the parties.

And the final message: the utility of LDs is well recognised and supported

Both cases demonstrate judicial recognition of the important role LDs play in construction contracts, and reluctance to interfere with LD mechanisms that are clearly drafted and workable. Triple Point will be welcomed as restoring clarity and certainty in this area. Eco World is also a helpful reminder of some key principles, although courts in Ireland may take a different approach to analysing what constitutes penal damages.  In any event, parties should always assess the appropriateness of their contractual remedies to the specific breaches arising on the particular project at hand.

We have been provided with a reminder of the importance of making sure your contract provisions are clear and enforceable and reflect what you have agreed – Courts will look to reflect, where possible, the commercial intent of the parties.