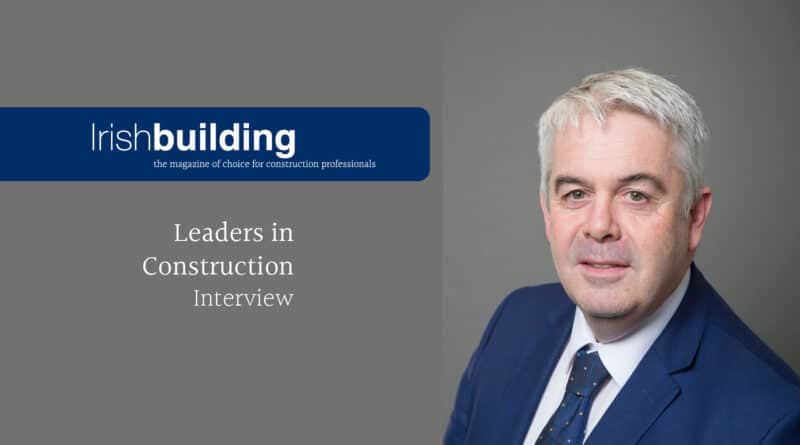 The COVID-19 pandemic has not proved to be an obstacle to Roadbridge’s growth thanks to its exposure to a variety of industry sectors and markets along with a tried and tested self-delivery business model.

Headquartered in Limerick, Roadbridge’s order book has trebled in size and it won a significant number of projects, both at home and abroad, over the past year. Turnover reached €246m in 2020, only dropping slightly from the 2019 figure of €271m, and CEO, Conor Gilligan expects this to rise to €300m this year.

“Our order book is secured for the next three years and the future is bright,” he says. “The top three projects secured over the past year are the N5 Ballaghaderreen Bypass, the Coonagh to Knockalisheen Northern Distributor Road in Limerick and A465 PPP Motorway Project in Wales. We will be starting further projects in both Ireland and the UK in August.”

Founded in 1967 and incorporated as a company in 1999, Roadbridge is a self-delivery, multi-disciplinary civil engineering company whose strategy in the past ten years has been to maintain a diverse portfolio across several markets. Currently employing 700 people directly and a further 1,000 subcontractor and agency workers, it is currently particularly active in the marine, aviation, road and rail and renewable energy sectors.

“Every industry experiences peaks and troughs so it is imperative to have exposure to as many different industry sectors as possible. We are currently finishing the new runway at Dublin Airport, which was deemed essential during the pandemic, and marine works have become a big area for us because of Brexit. We are the framework contractor to Dublin Port Company and are involved in a major marine development in Scotland,” notes Conor.

With offices in London, Birmingham, Glasgow and Cardiff, the UK is an important market for Roadbridge. For example, it is heavily invested in the construction of the High Speed 2 rail network, which is a major UK construction project with an expected outturn cost of over £100bn.

Roadbridge has been busy onsite in northern Sweden since Q3 2020. It is preparing all of the roads, cabling and foundations to facilitate the delivery and erection of the next generation of onshore wind turbine generators as part of Europe’s largest wind farm.

“With the first turbine deliveries scheduled in Q3 2021, we deployed significant protection, heating and control strategies to allow us to maintain reinforced concrete foundation production throughout the arctic winter period,” Conor explains. “We also utilised several innovative hybrid rock-anchor foundation designs in addition to more traditional gravity foundation designs to provide the most cost- and time-efficient solutions for our client.”

As the winter thaw period comes to an end, production is now reaching a peak on this project. “We currently have over 300 personnel onsite undertaking all operations. Despite the logistical and operational challenges associated with the global pandemic, our diverse project team – supported by our group health and safety management team – have limited the potential impact on the project by adopting our industry-leading health and safety management protocols,” he says.

“We are well on track to support our client in delivering clean renewable energy from this unique project in northern Sweden and future similar projects in the wider Scandinavian region.”

Roadbridge commenced the internationalisation of the business in 2008 in response to the implosion of the Irish construction market. Since then, it has worked on projects all over the world – the furthest being to build a tailings facility for a nickel mine in New Caledonia in the South Pacific, which was completed in 2016. It has worked extensively in the Middle East and set up an office in Oslo in Norway five years ago.

“Our business model stays the same no matter what market we operate in. It is a self-delivery model using our own resources – we deliver all of the critical areas ourselves, thereby managing the risk on the project for the client,” says Conor.

“As contractors, we are constantly striving to increase efficiencies. Really, it is about finding the sweet spot, which for us is having clients who appreciate the efficiencies and costs we incur in order to achieve a high-quality standard of work coupled with a timely delivery. This is ultimately the commercial reality and an important factor in achieving efficiencies.”

Roadbridge has a dedicated department employing 30 environmental engineers focused on best practice in environmental management. There has been a lot of innovation in the development of its quality management system, which has been awarded twice with the Q Mark. When it comes to machinery, Roadbridge is always gearing up to the latest models in terms of improving productivity and fuel emissions, according to Conor. “We continuously measure our carbon footprint and have implemented policies and procedures to reduce that on all projects,” he says.

Continuous improvement is also a feature of Roadbridge’s approach to health and safety, which centres on a communications platform called Your Safe Path. “We don’t settle on any one policy for too long. You have to keep reinventing your systems and policies to keep health and safety at the forefront of everybody’s thinking. COVID-19 placed new demands on the business but we found it quite easy to innovate as we already had a health and safety platform in place to engage with management and staff on a continual basis. This means that any new directives or initiatives can all be embraced seamlessly into the business.”

Roadbridge has been to the forefront of the Considerate Constructors Scheme since it was launched in Ireland in 2017. Over the past year, mental health has become more of a focus as part of this and Roadbridge has collaborated with the Lighthouse Club to allow staff to receive support with any issues they have on a confidential basis.

In an effort to promote diversity and encourage more women to pursue careers in the industry, Roadbridge ran a series of profiles of some of its female employees on its website during 2020. Around 10% of its current permanent workforce is female, which is above the industry norm. Roadbridge is actively involved with third-level institutions such as the University of Limerick to encourage female candidates into civil engineering degree courses.

Skills shortages continue to be a problem in the industry, but there is huge scope for this to improve, in Conor’s view. “We engage with third-level engineering and quantity surveying students from second year onwards and try to take on as many graduates as possible every year. Sometimes there is too much emphasis on third-level though – there need to be other programmes targeted at schools for areas of site works where contractors find it difficult to recruit people,” he says.

“One way to address the skills gap in the trades – as well as the housing crisis – would be to set up a national house-building company owned by Government which would train people and provide work for them.”

Conor also believes there is a need for a dedicated Minister for Construction at the moment to properly address various issues and build confidence in the construction industry.

“What we have seen in the past 20 years is too much emphasis on trying to levy the contractor with all of the risk on a project. Risk should be apportioned to those best able to manage it. It is not a sin for a contractor to make a profit. There need to be structures in place within government procurement that allows for this. Prices for materials have gone up significantly in recent months and, considering the size of our industry and its importance to the economy, it is critical that we should have a Minister for Construction.

“We welcome the revised National Development Plan as it does give confidence to stakeholders about the future. However, there is still too much debate going on about certain projects, for example whether or not we need a motorway from Limerick to Cork. There is too much interference on essential infrastructure projects. I believe objectors should be able to demonstrate exactly how a proposed development impacts them directly. The whole planning process needs to be reinvented.”