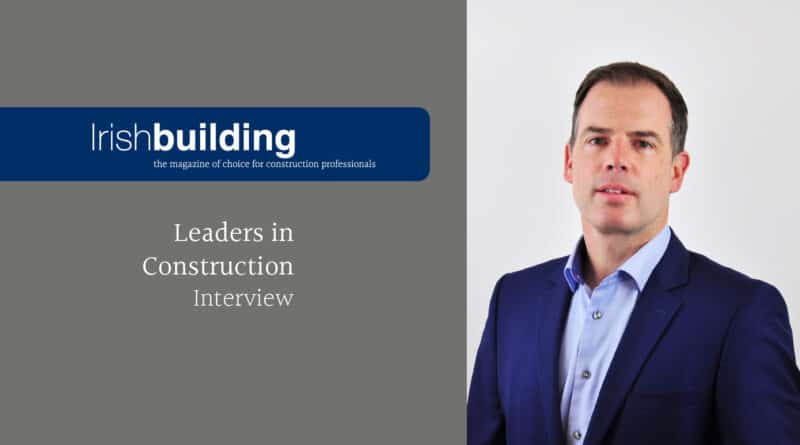 As the Director of Pre-Construction, David Byrne explains, Mercury is on target with its strategic growth journey and its sights are set on continuing to deliver for its multinational clients, providing new services and entering new regions. But it has never forgotten the fact that, ultimately, it’s all about your people.

Companies often talk about opportunities for recruits, but not many follow through with the calibre of career path that Mercury offers as a matter of course.

The trajectory of Pre-Construction Director, David Byrne, through the company is a classic example. Having started as an electrical apprentice in the late 90’s, he transitioned through varying roles in estimation, quantity surveying and commercial management. During this period he completed multiple courses in professional development from quantity surveying and contract law to, most recently, leadership and management, all done with guidance and financial support from Mercury.

Appointed Bid Director three years ago, he recently was promoted to Director of Pre-Construction and is now a member of Mercury’s Executive Management Team with responsibility for managing all of Mercury’s projects at the pre-construction stage including bid management, sales & marketing and corporate communications. During David’s tenure as Bid Director the company expanded rapidly, focusing on providing turnkey construction and specialist services to its existing clients with a major expansion as a contractor in project delivery throughout Europe.

“One of the things that makes Mercury stand out from our competition is this focus of retaining and developing people throughout the organisation for their full career,” says David. “Many of our senior management, including myself, started out as trades or graduates with Mercury and have remained and progressed through the company. For those who want to succeed and develop in their careers, the opportunities are plentiful.”

In practical terms, this is exemplified by, for example, Mercury’s dedicated apprentice development centre, which ensures apprentices get specialist training via workshops, outside of their time doing course and project work. Mercury has also expanded its graduate programme and specialist programmes such as its scholarship programme, where all Mercury staff post-apprenticeship or graduate level can avail of specialising in a variety of courses from BIM, to Quantity Surveying to Project Management and leadership.

But back to basics; although Irish-headquartered, Mercury is pan-European in terms of its reach, with entities in over 14 countries. It employs over 2,500 people directly, or more than 6,500 when you include subcontractors. It builds and manages complex engineering projects as a prime contractor from design and build to ongoing facilities management, serving sectors such as enterprise and hyperscale data centres, advanced technology, pharmaceutical, building services and more.

2020 saw it achieve revenues of over €1bn for the first time. To support this, it has enhanced its governance structures by, for example, restructuring into four revenue streams and more than doubling its executive management team to 13 people and its leadership group to 40 people.

It is also currently delivering as a design and build contractor two first-of-a-kind rapid-build Data Centre projects for a hyperscale client in Europe; these projects are making extensive use of offsite fabrication, with entire components such as modular electrical rooms being built, tested and commissioned offsite and shipped. It is also deploying offsite assembly on a large technology project in Ireland, where very large modules and skids are being delivered from elsewhere and assembled on site.

“This has helped us deliver at a rapid pace but also has sustainability benefits by reducing noise and traffic around construction sites, plus it provides jobs in more rural areas, ensuring that we are not just concentrating on the major cities.”

And while it has long had a presence in Ireland, the UK, Germany and the Netherlands, Mercury is now reaching further afield to support clients who are also broadening their horizons. Mercury attributes approximately 75% of its annual turnover to its existing clients which has led to projects in new locations including Paris, Madrid, Copenhagen, Warsaw, Milan, Turkey and Israel. Making this transition easier is the fact that it knows the clients with whom it’s venturing into these regions and has already established excellent supply chains.

The company hasn’t just been moving into new regions geographically, it has also been expanding its services, chiefly by offering Facilities Management (FM) to clients. This, says David, is part of an overall plan to deliver end-to-end data centres.

“We believe we’re in a prime position to offer our clients more services, particularly at the post-construction stage. Traditionally, most operators use a different provider for their FM than their construction projects, but there is a major benefit to having your contractor also handle your facilities, such as systems integration, and knowledge sharing and collaboration between teams,” he says.

The overwhelming majority of Mercury’s projects continued with little to no interruption during the pandemic. This was largely due to the support of not only Mercury’s clients but in particular their staff and supply-chain.

“Our people made serious sacrifices for the business and we have to acknowledge that,” he says. “We were lucky in that we’ve always had an extremely strong safety programme and had already begun the digital transformation of our company and the introduction of new modern methods of construction several years ago. Because of this, the ability to work and manage projects remotely while also ensuring the safety of everyone during an unprecedent time was done with minimal interruption.

“Our graduates and next generation group have helped us along this journey as well,” says David. “They are very much tuned in to new trends, digital technology and the dynamics associated with it, so while we have a lot to teach them when they join Mercury, we also have plenty of learnings we can take away from their fresh perspectives.”

This isn’t to say that everything over the past year has been easy, however. “Whether it was those working abroad for months on end, unable to see family due to restrictions, or people who lost a loved one during the pandemic, as with everyone else, we have really seen the effects on the wellbeing of our people.

“Mercury has had an employee assistance programme for many years and launched a wellbeing programme in 2019. It’s been a large focus for us for several years as, in the construction industry, many of our staff are in the demographic most likely to experience mental health concerns. Covid has certainly not helped this either.”

With this in mind, the firm expanded its employee assistance programme to include all family members as well as staff and further increased its mental health training provided to management and key staff members.

Safety is paramount at Mercury. “Our number one goal on every project is to ensure that every staff member gets home safely at the end of every day, and we put the same level of care into safety on all projects, big and small,” says David.

On its recent Amsterdam project, for example, despite over four million people hours worked, there was not one Lost Time Injury. Mercury is constantly improving its safety programme, looking at the latest trends including behavioural psychology and also digital methods.

Another priority for Mercury is diversity and inclusion, which is more relevant as it expands its geographical reach.

“We need to look at getting the best people into Mercury, no matter where they come from, or what their gender or sexuality may be. We have only seen this increase in importance as we’ve continued to expand our business into new geographies.”

In terms of gender balance, the company is streets ahead of some employers – 11% of its workforce is female and this year it has committed publicly to ending its gender pay gap completely – but it won’t stop there. “We are actively trying to improve our gender balance by partnering with organisations such as Work180 and going into girls’ schools to promote careers in construction,” notes David.

Mercury believes in being very clear when it comes to its plans and aspirations on everything from climate change and wellbeing to technology and community welfare. It committed it all to paper recently with the launch of ‘Our Planet, Our Duty’, an all-encompassing plan for responsible business.

The next 12 months will see Mercury continue to support clients both in existing and new regions, as well as delve even further into its digital transformation. Throughout, it will keep working to attract and keep the best employees – the importance of which it has never underestimated.

“Companies in our industry need to make sure we’re competing for the best people on everything from remuneration to career development to organisational culture. We’re constantly re-evaluating this to ensure we continue to have the best people for the job.”