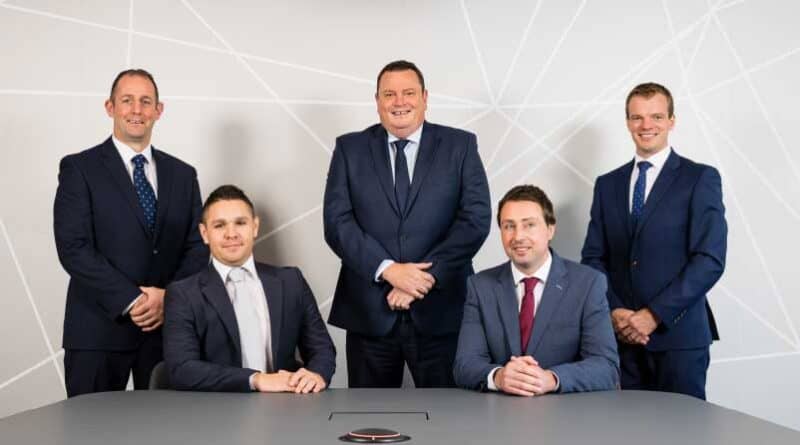 Paul O’Dowd, John Donovan, and Eric Woodlock have been appointed Associates of KSN Project Management, Paul and John had held the position of senior project managers. Sean Farrell has been appointed as Associate Director.

Paul O’Dowd brings a wealth of commercial skill and awareness to the role, having worked on the commercial development team of a leading contractor in Toronto, Canada.

Eric Woodlock, KSNPM project manager, has also been appointed to Associate. Eric oversees a team of twelve at KSNPM’s Cork headquarters, where he has strategically expanded the company’s presence in the residential sector and development into Department of Education projects.

Along with Eric and Paul, John Donovan has also been appointed Associate. John, a UCD Engineering graduate, has worked on public procurement projects on behalf of KSNPM and will further this development and growth into new markets with his appointment.

Following the successful launch of their brand refresh in April, the award-winning consultancy has announced the four new appointments. Earlier this year, KSNPM also announced the appointment of two new UK Directors as part of their strategic expansion into the UK.

Founded in 1998, KSNPM now employs over 60 project managers, Associates, Associate Directors, and a highly valuable support team. Mark O’Neil, KSNPM Managing Director, comments on the appointments, “The appointments will strengthen our core management structure and provide valuable consulting to clients, reinforcing our core value of ‘Excellence Built on Trust.’ The new Associate’s and Associate Director will serve as mentors and advisors to the next generation of KSNPM project managers, demonstrating what is possible with commitment and perseverance in your career.”

As part of their continued expansion, KSNPM will be announcing two further significant new developments in the coming weeks.