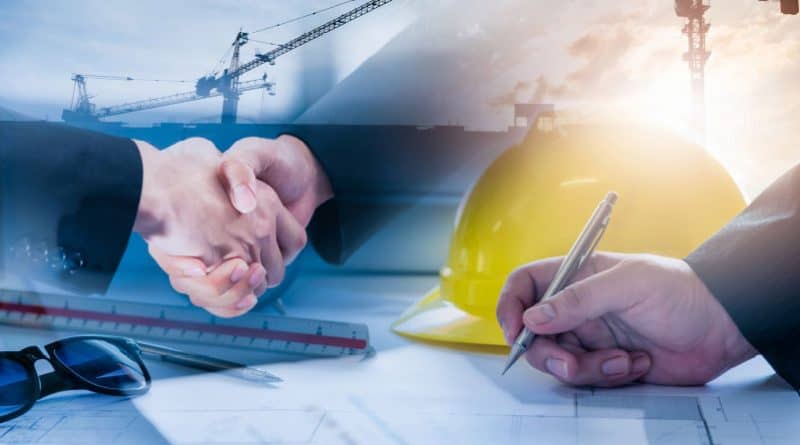 It happens frequently…parties spend weeks and months negotiating complex clauses in their construction contracts. The end is in sight but the question of dispute resolution is rarely considered, and, even when it is, parties often ask, “Is there not a boilerplate clause for that?”, or “What about using the provisions we included in the last contract?” That might be a possibility, but sometimes you need to take a step back and think about it! What was agreed for the last contract may not be suitable here.

With construction disputes on the rise once again, it is timely to re-consider some key issues against the backdrop of recent case law.

1. How do I want my dispute to be resolved?

In construction contracts in Ireland, alternative dispute resolution (“ADR”) processes are typically the preferred means of resolving disputes, with parties only occasionally providing that disputes are referred to the courts. There are a number of very good reasons for this – it is usually faster and cheaper to resolve disputes out-of-court and unlike some other jurisdictions, there is no specialist construction court in Ireland. Further, parties often prefer that someone with specific construction expertise is appointed as the “dispute resolver.” The Irish courts have supported this acknowledging that many construction disputes are better suited to other procedures due to their technical nature.

ADR covers a variety of processes and Irish construction contracts have typically favoured a tiered approach commencing with conciliation followed by arbitration as the final dispute forum. Other forms of ADR include mediation, contractual adjudication, and for construction contracts entered into in Ireland from 25 July 20161, a statutory right to refer payment disputes to adjudication at any time.

Contractual ADR procedures are generally upheld by the courts. Hence, where there is a requirement to follow a stepped dispute resolution procedure, a failure to do so could be challenged on the grounds that the contractual procedures have not been adhered to. There have also been decisions which reinforce the role of the courts as ‘custodians’ of some less usual ADR processes and a number of recent cases show the courts’ support of the entitlement of parties to agree that certain disputes be referred to an expert for a final and binding determination,2 even where this has resulted in parties no longer being able to avail of ADR procedures contained in their original contract.3

Ultimately, whatever form of ADR you decide upon (or subsequently agree as an alternative) you will need to abide by it!

2. Any other points to bear in mind?

•  Joining parties into the same procedure:

If you are entering into a suite of construction agreements, perhaps as employer engaging a design team and a contractor, think about keeping the dispute resolution provisions consistent. This should allow for a more streamlined process should a dispute arise involving more than one of the contracting parties. Similarly, where a contract provides for arbitration, remember that this is a private and confidential process agreed between the contracting parties. As such, unless you include a joinder provision to join a third party to existing arbitration proceedings where the third party dispute involves substantially similar issues, you may find you have to bring separate proceedings against the third party before an entirely different arbitrator and potentially arrive at a different outcome!4

•  Adjudication under the CCA:

A key distinction between the CCA and the equivalent UK legislation is that, in Ireland, adjudication is a creature of statute rather than contract. In Ireland, the CCA operates by virtue of the legislation regardless of what the contract says, i.e. the right to refer payment disputes to adjudication exists as a standalone right whether or not a contract expressly provides for it. Therefore, to avoid a conflict with the legislation and potentially (and inadvertently) creating a separate contractual adjudication procedure, it is probably better not to include detailed adjudication provisions in construction contracts. Rather, contractual ADR provisions should be without prejudice to the statutory right to adjudicate.

3. Adjudication and the Courts: what’s new?

While ADR processes have been and will continue to be the principal way parties in Ireland resolve construction disputes, the arrival of statutory adjudication and recent case law developments means that the Irish courts may well become more involved in these procedures.

During the course of 2020, the High Court stayed two adjudications pending judicial review hearings. In the more recent case of O’Donovan and others v Bunni and others5 a dispute arose over payment for works undertaken by a Plaintiff. The dispute was referred to conciliation followed by arbitration. The Plaintiff also referred an element of that dispute to adjudication. The Chairperson of the Panel of Adjudicators appointed an adjudicator but the Respondent argued that the adjudicator had no jurisdiction to hear the dispute on the basis that the ‘contract’ which applied to the works was a letter of intent which pre-dated the CCA. The adjudicator however decided that he did have jurisdiction. The Respondent subsequently obtained leave to apply for judicial review of the issue and also sought a stay on the adjudication pending conclusion of the judicial review. The court’s decision concerned the Plaintiff’s application to have the stay lifted arguing that it would suffer an injustice by being deprived of its statutory right to adjudication. In the event, the court decided that the interests of justice were best served by continuing the stay on the adjudication until the final determination of the Respondent’s judicial review.

These proceedings mark an interesting development in statutory adjudication in Ireland6. When participating in an adjudication, it is important to ensure that you and, more importantly, the adjudicator comply with the CCA and its related code of practice. Concerns around jurisdiction and observance of procedural requirements should be raised early and positions reserved so that a successful party is not frustrated from enforcing an award, and similarly an unsuccessful party is not estopped from resisting enforcement. Clearly the adjudication process may be subject to judicial review, which unfortunately may provide a means of thwarting the statutory entitlement to secure an adjudicator’s decision quickly.

This decision is a welcome one in demonstrating the judiciary’s support for statutory adjudication although there are still some concerns as to the time it can take to get an enforcement action on for hearing – experience to date suggests this run to several months!  The court also granted costs to the Applicant which serves as a cautionary tale for parties who delay in complying with an adjudicator’s decision without having good grounds to argue that the decision should not be enforced.

The world of construction disputes in Ireland has seen changes over recent years, and whilst traditional ADR processes continue to prevail, it appears that the Irish courts are set to play a more significant role in construction dispute resolution going forward.

However things unfold, before concluding your construction contract, make sure to check the dispute resolution provisions and ensure they do what you need them to…it could save you a lot of heartache down the line!