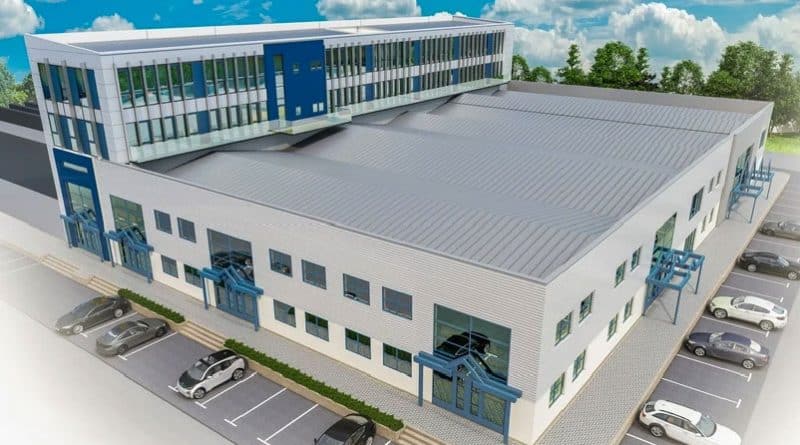 Galway Technology Centre, (GTC) has announced details of their new AcademyWest expansion, which is expected to generate a cumulative total of 12,500 jobs for the West over the next 15 years and an estimated investment of €1.4bn.

The expansion project is being strongly facilitated by Enterprise Ireland, who provide ongoing support to Galway Technology Centre. The centre is a social enterprise jointly owned by Galway Chamber and WestBIC.

The AcademyWest project will have a particular focus on facilitating rapid scaling for start ups and other innovation driven enterprises, as well as growing ICT businesses in need of second sites. The 22,000 square foot expansion will see the total floor area of GTC extend to 72,000 square feet, with the number of floors in the facility growing from two to four. The project will also include dedicated conferencing and meeting space and will address a critical capacity barrier in the existing centre. When complete the development will enable GTC to become an even greater focal point for the expanding tech cluster throughout Galway and the west of Ireland.

Currently GTC is home to 41 companies, with 326 people employed directly on site. A social enterprise, it provides scale up space and supports to meet the needs of innovative ICT startups and entrepreneurs. Working in conjunction with Enterprise Ireland and the IDA, GTC has hosted a range of successful Irish and international companies – including Storm Technology, Blue Tree Systems, Siren, PlanNet 21, 9th Impact, Ex Ordo, Action Point, Electronic Arts (EA), SAP, Wayfair and many others.

GTC was the first technology innovation centre in Ireland, originally founded in the mid-nineties following the closure of Digital Equipment Corporation’s Galway facility. At that time, Digital had been Galway’s largest employer. In response to that closure a special Government Task Force was established who invited Galway Chamber, WestBIC and An Forbairt to realise their vision of an indigenous ICT cluster in the west of Ireland. This led to the formation of GTC.

The Government Task Force was led by former Galway City and County Manager Seamus Keating. As part of the anniversary celebrations, Mr. Keating this week received a special Innovator of the West Award from GTC, in recognition of his role in helping to establish the centre.

Over the last 25+ years GTC has housed more than 300 different companies who have created over 3,000 jobs.

“We are tremendously proud of all that Galway Technology Centre has achieved over the last 25+ years,” said Frank Greene, GTC Chairman. “The original centre comprised a total of 8 individual units filled by 7 startups, all founded by former Digital staff. From those humble beginnings the centre has become a modern, dynamic facility and social enterprise which has had a major impact on Galway and throughout the West.

“Anyone who was involved in the early days would be deeply impressed to see how the centre has gone on to flourish and would be amazed at the broader impact it has made on the regional ICT sector. Galway Technology Centre is proof that when social enterprises profit, society profits. Those benefits are being felt by ICT enterprises and innovative businesses in Galway and across the West to this day and with our AcademeyWest expansion we aim to make sure that continues for a very long time to come,” Mr. Greene said.

“The AcademyWest expansion represents a significant new phase in the life of Galway Technology Centre,” said Noreen Conway, Acting Manager of GTC. “It will drive substantial employment growth, while expanding the technology cluster and knowledge economy throughout Galway and the West over the coming years. This enhanced modern facility will have a further transformative effect on the regional ICT ecosystem. It will help attract and retain dynamic high performance startups who wish to scale their enterprise and also act as a second site for growing, innovative companies.

“Once the AcademyWest expansion is complete it will facilitate businesses who are expected to generate over 12,500 jobs and €1.4 billion investment on a cumulative basis over the next 15 years. The scope and benefits of this project will be felt across Galway and throughout the entire region. It will make Galway Technology Centre a beacon for innovation across the west of Ireland. On a day when we celebrated the history of Galway Technology Centre, we are excited to be firmly placing a foot towards our dynamic future,” Ms. Conway concluded.