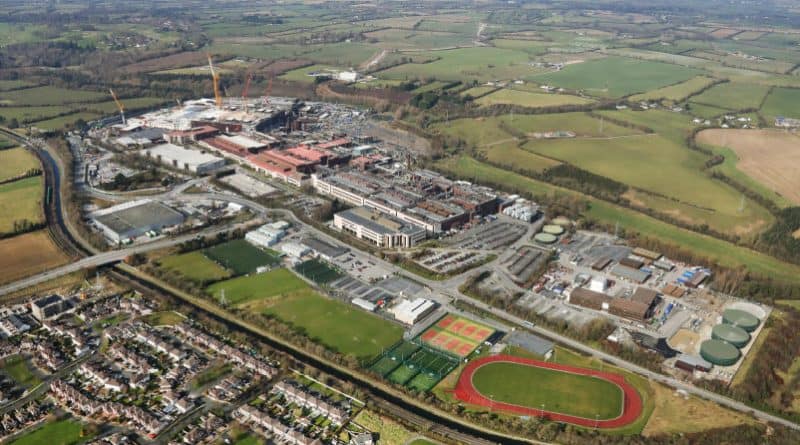 Intel has announced that it aims to create 1,600 new permanent hi-tech jobs at its Leixlip campus, construction of a new chip manufacturing factory is reportedly halfway through the estimated four to five-year time frame. 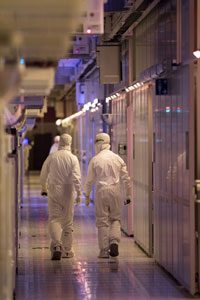 The announcement comes on the back of Intel CEO Pat Gelsinger sharing an update, setting the course for Intel to move into a new era of innovation and technology leadership. As the leading provider of silicon globally, its IDM 2.0 model will pave the way for Intel to continue to lead through manufacturing.

Intel also said that it has invested an additional $7bn in its manufacturing facilities in its Leixlip campus over the past three years.

Vice President of Manufacturing and Operations and General Manager of Intel Ireland, Eamonn Sinnott, said that the company is increasing investment in Europe and is supporting the EU’s vision of having 20% of the world’s silicon chips manufactured in the region.

“Since 1989, we have invested $15bn in current manufacturing capacity in Europe, ensuring that Intel is one of the largest and most advanced semiconductor manufacturing operations in the region,” says Sinnot.

“But we’re not stopping there. In an effort to more than double Intel’s available manufacturing space in Ireland and Europe, we have invested an additional $7bn from 2019 to 2021 in an ongoing expansion.

“This investment is designed to bring Intel’s latest generation 7nm process technology to the region and expand our manufacturing operations. It will also drive economic growth in the region, creating 1,600 permanent high-tech jobs once complete and over 5,000 construction jobs.

“Furthermore, there will be additional opportunity for investment in the region. As Pat (Gelsinger) explained, we plan to announce the next phase of expansions to support our new foundry business in the US, Europe and other global locations within the year.

“Our investments here in Europe have created a hub of advanced manufacturing that, coupled with our diverse capabilities across the region, puts us in a unique position to support the EU agenda of securing the supply of advanced semiconductors for the European market and beyond.

“As we grow in Europe, so does our commitment to create a more responsible, inclusive and sustainable future, enabled through our technology and the expertise and passion of our employees,” he added.

IDA Ireland today welcomed Intel’s plans to enter a new era of innovation and technology growth with the acceleration of investment in Europe that will see it expand its Irish manufacturing operations.

The Taoiseach, Micheál Martin welcomed the news, saying the company has made an enormous contribution to Ireland.  “Intel’s journey in Ireland has been an extraordinary one and these plans for the next phase of its development will enhance its reputation as a global leader in semiconductor innovation and manufacturing.  Already a substantial employer in Ireland, with some 5,000 employees, these further new jobs will be most welcome. The government’s mission in the coming months and years is to get people back to work and rebuild our economy, while at the same time ensuring Ireland remains well placed to thrive in the new green and digital economy of the future, with high quality, sustainable jobs. Today’s announcement is very welcome for that reason. I wish Intel continued success with its operations here.”

Tánaiste and Minister for Enterprise, Trade and Employment Leo Varadkar TD, said: “I’m really pleased that Intel is continuing to invest in its Leixlip operations.  Intel put Ireland on the map as a tech hub and this expansion, creating 1600 jobs, is massive. It’s another huge vote of confidence in Ireland’s future. The company has demonstrated not just longevity and resilience in its 32 years in Ireland but an ambition to continuously innovate and develop. That growth has been of enormous benefit to the entire country. “

Martin Shanahan, CEO of IDA Ireland described the company’s plans to invest and further expand its global manufacturing network as “exciting, ambitious and innovative” and said the substantial expansion represents a significant investment that will continue to position the Irish site at the centre of Intel’s European and future global operations. “The level of Intel’s commitment to Ireland and its impact on the Irish economy has been, and will continue to be, enormous” he said, adding: “The work undertaken at the Leixlip campus is highly complex, and this investment will bring Intel’s latest generation of 7 nanometre process technology to Ireland and Europe. While this investment is very important to Ireland, it is also very important in a European context, and will help to deliver on the EU’s vision for digital transformation by 2030.

The scale of the investment and the number and types of jobs being created is a huge vote of confidence in the Leixlip campus and is testament to Intel’s continued commitment to Ireland. Furthermore, the company has signalled that there will be an opportunity for additional investment as it plans to announce another phase of expansions in locations including Europe in the next year. I wish Intel every success with this exciting new phase of development in Ireland and globally and look forward to our continued partnership approach.”