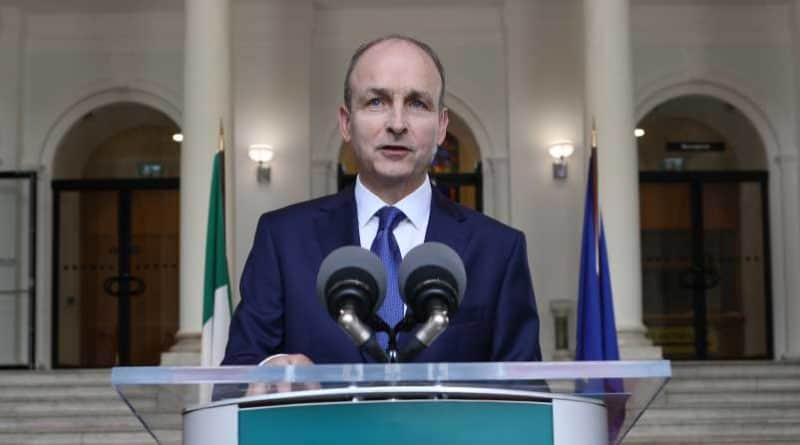 During a media briefing at Government Buildings, Taoiseach Micheál Martin committed to building 25,000 new homes in 2021.

An estimated 12,750 will be social homes with 9,750 of these being direct builds by housing agencies and local authorities. The Taoiseach said 18,000 new homes are expected to have been built in 2020 despite COVID-19.

Speaking to TheJournal.ie, Tom Parlon, CIF Director General, believes the number will be higher and said he expects close to 20,000 homes to be completed by the end of this year. “We believe that by close of business on New Year’s Eve we’ll have completed close to 20,000 homes, there was a substantial kick-up recently, a lot of work has been done to get some projects finished before the end of the year.”

“We have pledged around €3.3bn for housing in 2021. The key issue will be capacity to deliver to get the houses built. COVID-19 has impacted in the first wave because in the first lockdown, construction shut down and that has impacted housebuilding,” he said, noting the Government’s target was a ‘challenging’ figure.

‘That’s a significant milestone. It is another weapon in our armoury,” Mr Martin said of the the Land and Development Agency Bill being approved by Cabinet, which now puts the LDA on a statutory footing.

“The Housing Affordability plan also came through Cabinet, so the minister has been very active. There are very challenging issues in the context of both pieces of legislation. They will come into the Dáil and the Oireachtas in the new session.

“From July, we talked about voids and through the July Stimulus, we took €40m or €50m to get 2,500 voids, houses in disrepair under local authorities, and get them done and we did.

“By the end of the year, the majority of those will be done. There’s an energy come to this and every morning when I wake up I say ‘what are my key priorities?’ Housing, health, climate change in addition to COVID-19 and the education,” he added.

The ESRI has said that 33,000 units are needed every year just to keep up with the population.

Mr Martin said: “My worry is about getting to the 33,000 figure which the ESRI has said is necessary to put a dent into the waiting times.

“I’m not happy yet that we are where we should be and I think we’ll keep driving it on.

When asked about the homelessness numbers he said: “On homelessness, I think numbers are coming down but we want to keep that down.

“Six thousand people exited homelessness last year, so people are exiting. So we want to concentrate on getting more people out of homelessness.

“I think that’s realisable. I think homelessness is now at its lowest rate since 2016.”