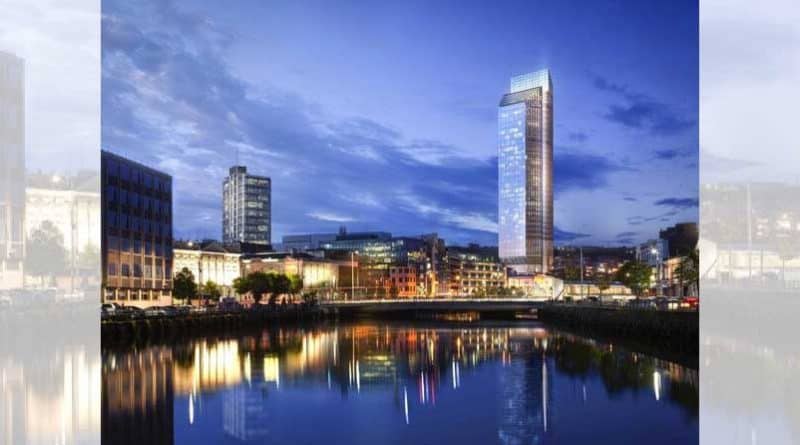 Tower Holdings, a part of the New York based construction firm has received planning permission from Cork City Council to build a new €140m development at the old Port of Cork site that will include Ireland’s tallest building.

When complete the 34-storey tower will be the tallest building in the Republic of Ireland, dwarfing Dublin Capital Dock  which stands at 22-storeys.

Design was led by Gensler, a London based firm alongside local architects Henry J Lyons, with Arup doing the engineering work.

Aecom were engaged to carry out the public realm design, fifteen other consultants and sub-consultants were also engaged.

Welcoming the news that permission had been secured for the mixed-use development, a Tower Holdings representative said: “We engaged closely with Cork City Council throughout the design process to ensure we satisfied all their requirements, particularly in relation to the conservation and integration approach towards the existing historical buildings. We have to now fully examine all the planning conditions and certain points of detail to establish their effect on the scheme.”

Tower Holdings plans to also restore Cork’s Custom House building while incorporating into the overall project. An estimated 800 jobs will be created when the development is complete.

The project will include a five-star hotel, retail, food and beverage outlets on the site as well as a micro-distillery.