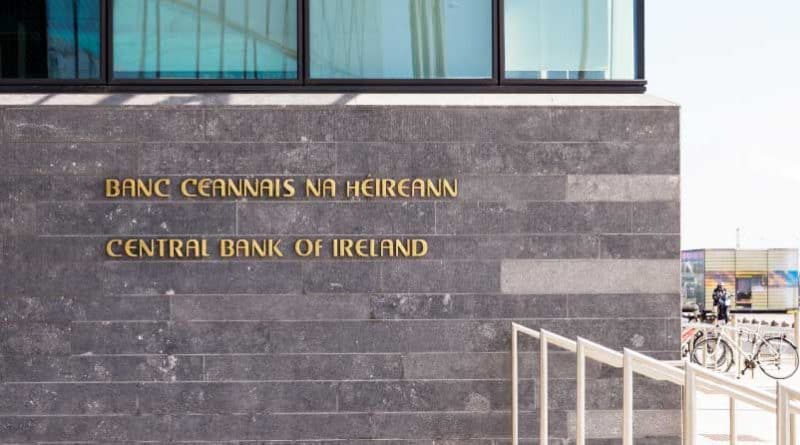 The Central Bank of Ireland has published its fourth Quarterly Bulletin of 2020. Since the trough reached in the April-May period, Irish economic activity has rebounded with the re-opening of economy. However, the recovery has been partial and uneven and, in many cases, levels of domestic-focussed economic activity remain well below pre-pandemic levels.

There has been a strong divergence in performance between the strength of exports and the weakness of domestic demand. The overall resilience of export growth has significantly mitigated the fall in GDP, which only fell by 3% in the year to the second quarter, in contrast to underlying domestic demand, which fell by 16% over the same period. GDP is now forecast to decline by 0.4% in 2020, which is an upward revision of 8.6 percentage points compared to Quarterly Bulletin 3 of 2020.

“Under an alternative scenario in which more severe COVID-19 restrictions are required and there is assumed to be a protracted deterioration in the international environment, economic recovery is curtailed and delayed with GDP declining this year and next, followed by a muted recovery in 2022.  In this scenario, GDP is projected to fall by 1.1% this year and a further 0.3% next year, with underlying domestic demand declining by 8.5% in 2020 and 1.3% in 2021,” it said.

In overall terms, however, the evolution of domestic economic activity in recent months has been broadly consistent with the baseline scenario outlined in the previous Bulletin, with labour market developments marginally weaker than envisaged, while consumption and underlying domestic demand have performed slightly better.

Underlying domestic demand is still projected to fall significantly in 2020, declining by 7.3%, though this represents an upward revision of over 2 percentage points compared to the previous Bulletin.

For coming years, the baseline forecast assumes, firstly, that there is only partial success in containing COVID-19, with some containment measures remaining in place and, secondly, that trade between the EU and the UK moves to WTO terms from 1 January 2021.

Primarily reflecting the Brexit assumption, the baseline forecasts for growth in 2021 and 2022 have been revised downwards. A transition to a WTO trading relationship is likely to frontload the losses arising from Brexit, subtracting around 2 percentage points from GDP growth in 2021 and 0.3 percentage points in 2022, relative to our previous projections based on a Free Trade Agreement. GPD growth of 3.5% is now projected for 2021, rising to 4.7% in 2022. Reflecting the impact on the domestic economy, underlying domestic demand is projected to grow by a modest 1.6% in 2021, rising to 4.8% the following year. Unemployment is forecast to increase from 5.3% in 2020 to 8% in 2021, moving back to 7.5% in 2022, higher than pre-crisis levels of 5%.

On fiscal policy, the Bulletin notes three areas that deserve careful consideration. “First, policy should continue to focus on supporting the productive capacity of the economy and avoid scarring effects, such as long-term unemployment. Second, the rise in the deficit and debt ratios is both warranted and necessary and is currently affordable; however, a path to lower and more sustainable levels will eventually have to be taken. Third, there needs to be a continued focus on building resilience to future shocks, to deal with Brexit, the looming challenges of international tax reform, climate change and, in the longer-term, demographics”, it said

On the publication of the Quarterly Bulletin, Mark Cassidy, Director of Economics and Statistics, said “The outlook remains highly uncertain and will depend not only on the economic consequences of the COVID-19 pandemic and its containment, but also on the nature and impact of the future trading arrangements between the EU and the UK, around which there still remains considerable uncertainty.

“On the assumption that containment measures remain targeted and less severe than in the Spring, and that consumers and businesses continue to adapt, the baseline forecast in response to the COVID-19 shock is for activity to continue to recover slowly from its earlier lows, though not necessarily without setbacks.

“In our latest forecasts it was considered prudent to make a change and assume that the EU and the UK move to trading on WTO terms from 1 January next. Such a development would have the effect of increasing costs, raising uncertainty and disrupting trade flows. While the impact would differ across sectors and regions, for the economy as a whole it would detract from the projected recovery, especially in 2021.”