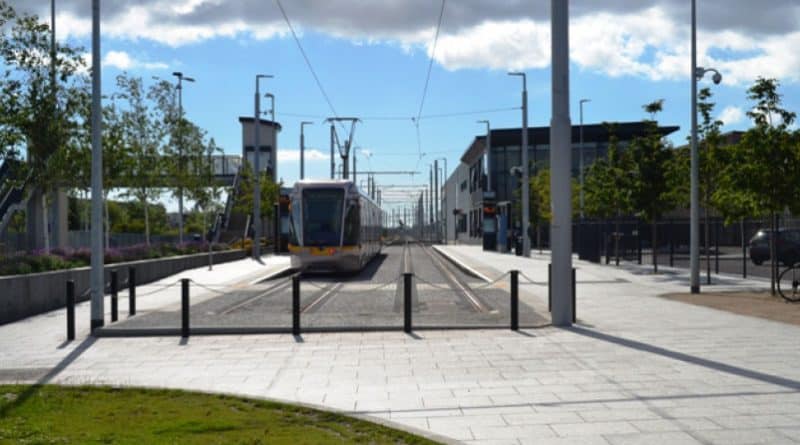 Fingal County Council has welcomed the publication of the Emerging Preferred Route for Luas Finglas, the proposed extension of the Luas Green Line from Broombridge to Charlestown in Fingal, which has the real potential to deliver on Project Ireland 2040’s vision for future growth and development on the northside of the city and in the wider Fingal area.

Project Ireland 2040 identifies the needs for reliable, affordable, sustainable and integrated public transport in Dublin. Luas Finglas will provide a high capacity radial service from Charlestown into the city centre. This represents a prime opportunity for strategic development within the M50 Corridor, including development at Dunsink, a major greenfield landbank inside the M50 ring, that requires further assessment and investment in infrastructure and public transport links.

Luas Finglas will provide four additional stops, one of which, Charlestown, is in the Fingal area, providing access to 30,000 people who live within 1km of the new Luas stops, as well those from the wider catchment area who choose to use the park and ride or cycle to the Luas stops. The proposal has been published by Transport Infrastructure Ireland (TII) and the National Transport Authority (NTA).

Mayor of Fingal, Cllr David Healy said: “The announcement of the Emerging Preferred Route of the extension to the Luas Green Line into the Fingal area will be hugely important for the continued development of the area. At the core of the planning of sustainable communities in Fingal is ensuring that they are well connected by public transport. Residents, workers and visitors will have a real transport alternative via Luas Finglas to the City Centre, supporting decarbonisation of our transport system and quality of life in walkable communities.”

Fingal County Council Chief Executive AnnMarie Farrelly said the announcement would be well received by residents and businesses alike. “This is a positive announcement for the area. Luas Finglas is a much-needed extension to the Luas network and will encourage more people to use public transport to journey around the northside of the city. I would encourage residents and businesses to make a submission on the proposed route. This consultation represents an opportunity for the public to have their say on 4km tram extension.”

Director of Planning and Strategic Infrastructure Matthew McAleese said: “This plan will connect the communities of Charlestown and Meakstown with the city centre. The proposal includes a 600-space Park & Ride at Charlestown as well as a pedestrian and cycling path along most of the route. In line with national and regional planning policy, this infrastructure project may, subject to the necessary appraisals unlock long-term capacity for strategic landbanks such as Dunsink and will open the area up for future workers, residents and visitors. I have no doubt it’ll make a huge difference to the area, particularly to the many local businesses.”Submissions on the proposed route can be made on www.luasfinglas.ie, where all details of Emerging Preferred Route can be found.