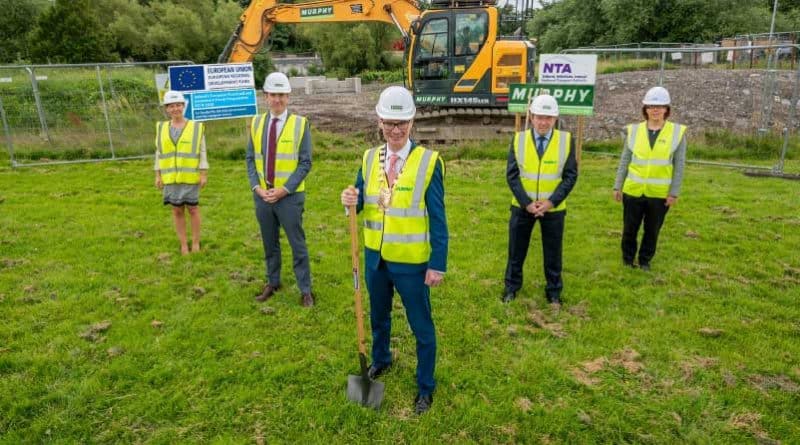 As part of the bridges phase of the Dodder Greenway South Dublin County Council is building three new pedestrian and cycle bridges, 750m of new path and 2.6km of upgraded paths.

The bridges will connect communities and will allow people enjoy this stretch of exceptional greenway. This phase of the project will cost approximately €5.6m and is being delivered by South Dublin County Council with funding provided by the National Transport Authority (€4.1m) and the European Regional Development Fund’s S&E Regional Programme (€1.5m).

The Bridges are part of the overall Dodder Greenway, linking the city centre to the Dublin Mountains via Ballsbridge, Miltown, Rathfarnham, Firhouse and Tallaght. The South Dublin section of the greenway stretches from the Bohernabreena Reservoir in Tallaght to Orwell Park in Rathfarnham. From here the greenway continues into Dublin city centre to Sir John Rogersons Quay. South Dublin County Council intends to tender and commence construction for the remaining phases of the project in South Dublin throughout 2020 and into 2021.

The Greenway will represent a major new transport and recreational facility for Dublin, catering for both commuter and social cyclists.  The routing takes specific account of the rich ecology of the area and is a combination of off-road and on-road cycleways utilising existing facilities within the Dodder Valley as much as possible and connecting the linear parkland along the route.

Councillor Ed O’Brien, Mayor of South Dublin County, said: “I was delighted to turn the sod on the new Dodder Greenway which will be part of a cycling route from the city centre to Bohernabreena. These Greenways will be vital to the County in the coming years as we try to provide an alternative to car transport whilst at the same time providing scenic routes to cycle through for residents. The route will be a great addition to the growing number of cycling paths and freeways which South Dublin County Council is currently undertaking.”

Anne Graham, Chief Executive Officer, National Transport Authority said: “NTA is delighted to co-fund the works that have commenced on the Dodder Greenway. This is an example of how NTA can work closely with local authorities to deliver on great infrastructure that will make walking and cycling safer, more sustainable and more attractive for more people. The Dodder Greenway will form an attractive, traffic- free environment, linking large populations to employment and educational opportunities and these are precisely the kind of projects that we need to focus on as part of the effort to tackle climate change.”

Derville Brennan from the Southern Regional Assembly, managers of the S&E Regional Programme said: “We are delighted to see the start of the Dodder Valley Greenway project through this partnership between South Dublin County Council and the Southern Regional Assembly, co-financed under the S&E Regional Programme 14-20.  Projects such as this are a clear example of how important European funding is to Ireland and how it can directly benefit sustainable regions and local communities”.