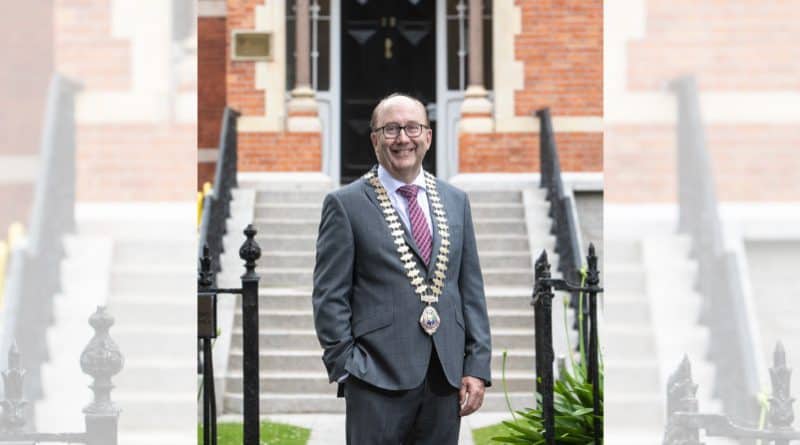 Maurice Buckley, current Executive Chairman of the Office of Public Works, has been inaugurated as the 128 President of Engineers Ireland at the professional membership body’s AGM, which was held virtually on Tuesday, 30 June 2020.

Mr Buckley, who is a chartered engineer and a graduate of electrical engineering from UCD,  will hold the position of President for the organisation’s 2020/2021 session. Engineers Ireland is the statutory and regulatory body for all disciplines of professional engineering in Ireland and the sole authority to award the registered professional title of Chartered Engineer within the Republic of Ireland. It is one of the longest established professional bodies in the country and also has branches in GB and in Australia/New Zealand.

Maurice Buckley is currently the Executive Chairman of the Office of Public Works where he is leading large-scale capital investment and maintenance programmes to improve Ireland’s flood defences and public buildings, both modern and heritage. Maurice comes from an engineering family with his late father, Denis Buckley, President of Engineers Ireland’s Western Region in the 1970s. Maurice has worked for the Boston Consulting Group in Munich and was also the Chief Executive of the NSAI with responsibility for the country’s standardisation, certification and metrology activities. He joined the OPW in 2017. Maurice was elected Vice-President of Engineers Ireland in 2018.

Commenting on his inauguration as President of Engineers Ireland, Maurice Buckley said: “With over 25,000 member engineers, Engineers Ireland’s community of creative professionals is uniquely placed to deliver solutions and create opportunity in the face of increasingly complex societal challenges. As President, I am honoured to lead and mobilise our engineering community and to activate our collective capacity to deliver sustainable solutions which will benefit families and communities all across Ireland.”

Mr Buckley added: “The new Programme for Government is a clarion call for engineering solutions from start to finish. Apart from the high level of capital investment already planned in Project Ireland 2040 and the National Development Plan, the policy changes foreseen in transport, housing, building retrofit, energy, broadband and communications, and in regionalisation are all changes that require engineers and sustainable engineering solutions if they are to be delivered effectively. Engineers Ireland and our community will be the conduit through which that work can be done.”

In April 2019 the Department of Business, Enterprise and Innovation changed its Critical Skills List of Occupations to include Civil, Mechanical and Electrical engineers with BIM capabilities, thereby allowing overseas workers to qualify for an employment permit and facilitating the entry of skilled non-EEA (European Economic Area) workers to fill shortages.

Noting the organisation’s 2019 Annual Report, Caroline Spillane, Director General of Engineers Ireland, said the organisation had advocated for this development. She commented that engineers who came to Ireland last year to work in positions arising from the critical skills shortage, made up 38% of its new membership in 2019. To support these members, the organisation’s ‘Global Engineer Event series’ offered advice on working in Ireland, improved interview techniques and other supports.

Maintaining world-class standards in schools of engineering was also noted within the Annual Report by Ms Spillane, with 52 engineering programmes being accredited by the professional membership body in 2019 – double that of the 2018. In addition to supporting the continuing professional development (CPD) of engineers, over 3,450 delegates attended 245 CPD learning events in 2019 and 116 engineering organisations achieved Engineers Ireland’s CPD Accredited Employer Standard.

The development of Ireland’s future engineering talent pipeline was also highlighted as part of the report, with over 176,000 children, teachers and volunteers directly interacting with Engineers Ireland’s STEPS programme in 2019. Ms Spillane noted that this achievement was only made possible due to the dedication and commitment of volunteers, whose efforts are vital in raising interest in science, technology, engineering and maths (STEM) in communities across Ireland.