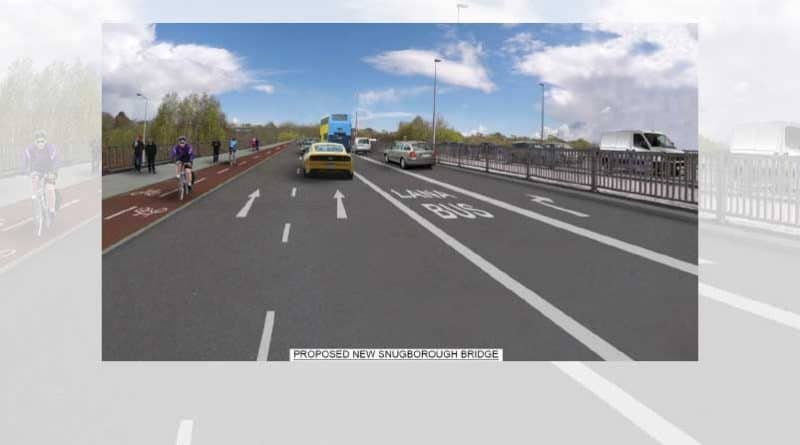 Fingal County Council has commenced a tender process for a main contractor to undertake the Snugborough Interchange Upgrade scheme in Dublin 15, which will bring about significant improvements for motorists, pedestrians, cyclists and public transport users.

The project includes the construction of a second bridge over the N3 as well as new footpaths and cycle tracks, and a new pedestrian and cyclist underpass, it will also provide improved accessibility to the 800 businesses located in Dublin Enterprise Zone, Dublin 15.

The Mayor of Fingal, Cllr. Eoghan O’Brien, said: “It is great to see this project moving onto the next phase. This project will see significant upgrades for the junction for pedestrians, cyclists, public transport users and motorists, and shows that Fingal is still open for business and is continuing to work for the residents of Fingal.”

AnnMarie Farrelly, Chief Executive of Fingal County Council, commented: “We are delighted to see this project take such an important step forward. The progression of projects of this scale and ambition demonstrates that Fingal is open for business. We will continue to play a leading role in the economic development of the county during this difficult time.”

Measures to improve the operational efficiency of the two junctions either side of the N3 including bus priority measures that will support the Bus Connects project are included also.

The tendering process will see the successful tenderer appointed during Quarter 3 of 2020. The construction period is expected to be 24 months and will involve significant traffic management on the N3 and Snugborough Road. Further details will be communicated to the local community and other stakeholders when available.

Matthew McAleese, Director of Planning & Strategic Infrastructure, stated: “This scheme will strengthen the connections in the Dublin 15 area including between Blanchardstown Village, the Blanchardstown Town Centre and residential areas to the east of the N3. We will continue working with the National Transport Authority to deliver improvements in walking, cycling and bus priority across Fingal.”

Senior Engineer Paul Carroll said: “While the project will improve traffic flows at this junction, a key benefit of the upgrade will be the significant improvements for public transport users, pedestrians and cyclists on the bridge and at the adjacent junctions.”

The project is financed by Fingal County Council and the National Transport Authority.