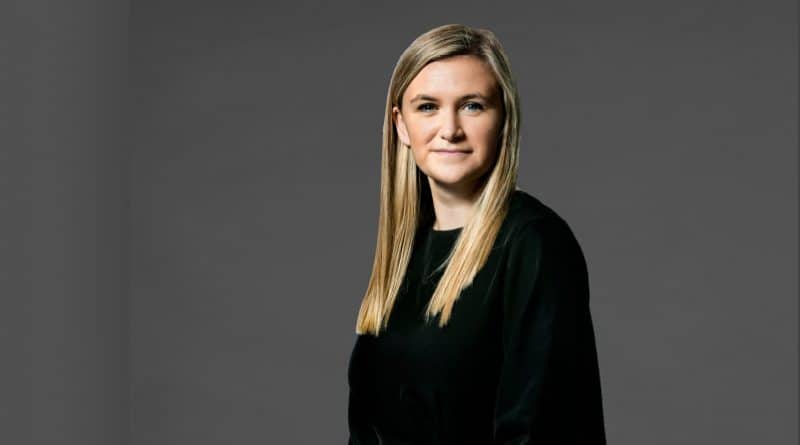 Everyone working in construction is familiar with mechanisms for managing delays to the works being carried out by the main contractor – an entitlement to an extension of time for the contactor where a delay event occurs which delays completion, and on the other side, the entitlement for the employer to apply liquidated damages for any delays to completion beyond the contractual completion date for which the contractor is responsible under the contract.

Why have liquidated damages in the first place?

Typically, where a party breaches its obligation under a contract, the other party will be entitled to claim damages in respect of the losses it suffers by reason of that breach. In construction, in the event of delays to completion, in the absence of a provision for liquidated damages, an employer would have to prove its actual loss incurred by reason of the delays to completion. Not only can this be challenging, and expensive, it also creates uncertainty, as the contractor’s liability to damages for one week’s or one month’s delay would not be known until the actual damages suffered by the employer at the time of the actual delay were assessed. This uncertainty is not in either party’s interests.

For this reason, it is commonplace for the parties to agree that a liquidated (i.e. fixed) sum will be paid as damages for late completion, usually at a daily or weekly rate1.  Liquidated damages (“LDs”) provisions are beneficial for both parties:  for Contractors, it is vital to have as much certainty as possible in respect of potential exposure to damages, including in many cases, seeking to negotiate a cap on liability or to exclude certain heads of loss; for Employers, liquidated damages provide a relatively certain right of recourse against the Contractor in the event of delays to completion for which the contactor is responsible, while avoiding the time and expense in having to prove the actual loss incurred.

Despite being commonplace, questions often arise with regard to the operation of the LD mechanisms and their enforceability. We have touched below on some of these most frequently asked questions.

How do you determine the amount of liquidated damages which should apply under the contract?

The rate of liquidated damages which is included in a contract should be based on a genuine pre-estimate of the loss which will result from the breach of contract, namely the delay to completion of the works.  A simple example, in the case of a commercial development, is to base liquidated damages on the anticipated rent payments from a tenant which would be lost if construction of the development is delayed.  This loss would be quite easy to calculate (and could be supported if the LDs were ever challenged as a penalty (see below)). However, in many instances, the likely level of lost rent due to delays is far greater than the contractor market can reasonably carry, and a view has to be taken on the actual LDs included in the contract.

In other situations, assessing the loss resulting from delays is less clear cut and this exercise becomes less straightforward where the likely loss is difficult to estimate, such as loss of profit, loss of opportunity or loss of reputation. Generally, provided an employer can show that it made a genuine attempt to assess that loss, and has kept a note of that assessment, again, the LDs should be able to resist any challenge. This difficulty in determining the loss resulting from delays at the time the contract is entered into was one of the reasons the UK courts have refined the test of what LDs should be to include protecting a legitimate commercial interest, as discussed further below.

Do you need to prove that loss was suffered before you can levy LDs?

No.  The primary purpose of a Liquidated Damages clause is for the parties to have certainty as to the damages that will apply in the event of the specified breach, generally, delays to completion and to thereby avoid the time and expense involved with investigating and proving actual loss suffered.  As noted above, liquidated damages, also sometimes referred to as ‘Liquidated and Ascertained Damages’, are intended to represent a genuine pre-estimate of likely loss which will be suffered by the employer in the event of a delay and courts or arbitrators will not generally look behind whether that pre-estimate was in fact correct or reflected the actual losses suffered.

When will a Liquidated Damages provision amount to a penalty?

The key decisions on liquidated damages have arisen in circumstances where the paying party has sought to challenge the enforceability of the LDs on the basis that they are, in fact, a penalty. If a Contractor can prove that the liquidated damages clause is designed to deter it from breaching the contract, i.e. the main function of the clause is to act as a deterrent by ‘penalising’ the defaulting party, rather than providing compensation for the breach, the provision will likely be held to be a penalty, and thus unenforceable.  The authoritative position on this issue remains the principles stated by Lord Dunedin in the House of Lords decision Dunlop Pneumatic Tyre Co v New Garage & Motor Co [1915] A.C. 79, HL (Dunlop), whereby, relevantly:

The Dunlop decision has been applied and upheld in the Irish Courts. More recently, a new test has been evolving in the UK, following the decision by the UK Supreme Court in Cavendish Square Holding BV v Talal El Makdessi [2015] UKSC 67 (Cavendish), in which Neuberger and Sumption L.JJ stated as follows:

“The true test is whether the impugned provision is a secondary obligation which imposes a detriment on the contract-breaker out of all proportion to any legitimate interest of the innocent party in the enforcement of the primary obligation.”

The principle in Cavendish has not yet been followed in the Irish courts, so the Irish and English positions are no longer aligned on this issue although arguably, the Cavendish decision’s relevance will be in those cases where estimating the likely loss which will flow from the breach is simply not feasible.

A recent Irish Court of Appeal decision provides a helpful summary of certain principles to be considered in relation to penalties: 2

1. The onus of establishing that a clause is a penalty rests on the party alleging same.

2. The question of whether a clause is penal must be assessed at the time the agreement was entered into, not at the date of the breach.

3. The courts are reluctant to interfere with the terms of a contract agreed between two parties of equal bargaining power. The willingness to do so in relation to a clause which is determined to be a penalty is an exception to the general rule.

If responsibility for the delay does not rest entirely with the Contractor, can LDs still be levied?

If LDs apply in respect of either the Completion Date or a specified milestone under a construction contract, those LDs will begin to accrue, usually on a daily or weekly basis, from when the Completion Date or relevant milestone was missed.  It is often the case, however, that the relevant delay is attributable to a number of factors, some of which the contactor has not taken responsibility for under the contract.  It will generally be for the contract administrator to determine whether an event has occurred which will entitle the Contractor to an extension of time such that the contractual date for completion can be clearly determined. Where this date is missed, many contracts require the contract administrator to also issue an opinion stating when the work should have been completed before the Employer’s entitlement to apply liquidated damages will be crystallised. It is also more common for contracts to expressly deal with concurrency, namely, where a delay is due to both contractor and employer default (under the contract).  An entire article could be dedicated to the topic, but in some contracts, entitlements can be significantly impacted by how this issue is dealt with.

Can LDs be levied after a contract is terminated?

It depends. Recent caselaw in the UK has cast some uncertainty on whether LDs survive termination of a contract. What is clear, however, is that the issue will heavily depend on the drafting of the construction contract.  Following the UK Court of Appeal decision in Triple Point Technology Inc. v PTT Public Company Ltd (2019),3 it appears that where a provision clearly expresses that LDs will be payable up to the date of that the relevant work is accepted, termination of the contract prior to completion will result in an entitlement to LDs falling away, as the clause in question no longer has any application to the circumstances. In that instance, the Employer should be entitled to general damages as opposed to LDs.  For LDs to survive termination of a contract, the drafting of the contract needs to expressly and unambiguously state so and be clear as to the allocation of risk upon delay.

And does it all matter?

As many will know, LDs are often not applied in practice. This does not mean they are not relevant, and LDs often form part of negotiations of final accounts on projects, or are counterclaimed by employers to defeat, in whole or part, contractor claims for extensions of time and loss and expense. Increasingly, they are also relevant to related transaction documents, such as development agreements or forward purchase structures, where LDs which have accrued under the construction contract will become payable to a third party where delays to completion occur.  So understanding how LDs operate is always going to be important!

1 Liquidated damages are also commonly used in respect of meeting certain performance criteria in the energy, pharmaceutical and process engineering sectors, for example.